Crafty Accessories for my Keep Cup

I was given this keep cup at an event organised by Gorgie Collective to decorate a keep cup. 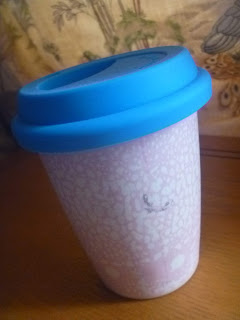 This cup couldn't be decorated, as it doesn't take paint (you can read about the cup I did decorate here). But this is the cup I use when I need a keep cup.

It annoys me to see that some venues, which you would think would be proper cafes, are now moving to using so-called eco-friendly disposable cups even for sit-in customers(they may be made from more eco-friendly materials than plastics, but it's still disposable, which in itself is a problem) so I need to have a keep cup with me more often than I would expect (I almost never get take away coffees).

There are two issues with this particular keep cup. One is that it gets very hot and is uncomfortable to hold. To combat that issue I cut the foot off a thick sock that was beyond repair and used the rest of the sock to make a little cover 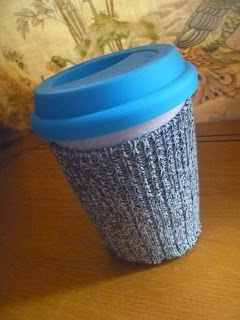 This is great, but then I discovered that the lid falls off very easily, which means that the lid and cup get separated and things from my handbag might end up in the cup and if I've not been able to wash and dry the cup after use, then things in my handbag might get damp. So the next thing I did was to make a carry bag for the cup.

I used part of a sleeve that I had cut from a long sleeved t-shirt. 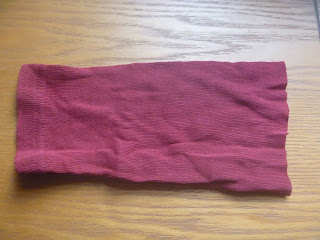 The cuffs were damaged and there were holes in the elbow so I cut off the lower sleeves to make a short sleeved t-shirt. I used one of the sleeves to make a bag for the keep cup, using an old shoe lace in the top 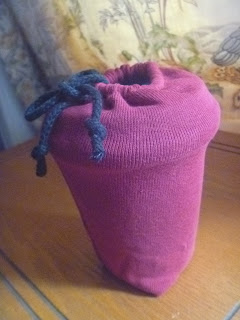 The closure keeps the lid firmly on the cup so I don't need to worry about the cup and lid getting separated or the contents of my handbag getting damp. 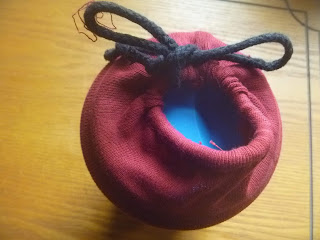 **
With the Climate Strike coming up, craftivism is being promoted as a good way of getting involved if street protest isn't your thing. It's a great way to use your arts and crafts skills to campaign for things you feel strongly about. There's a nice article about craftivism from the RSPB (Royal Society for the Protection of Birds) here.


Crafted by Crafty Green Poet at 9:17 am

It is a great idea and way to re-use the cup! Wishing you a happy day!

looks as though it may struggle to stand upright though

Hi Simon, yes you're very observant, it is a bit wonky, but it looks worse than it is as the photo is at a funny angle. But I need to be careful not to stand the cup down when it's full.