Walking round Arthur's Seat and Marching for the European Union

It was another beautifully sunny and unseasonably hot day yesterday so Crafty Green Boyfriend and I went for a walk round Arthur's Seat, where there were some very welcome cooling breezes. There was a haze in the air 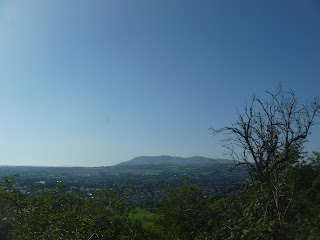 and the water of Duddingston Loch was sparkling in the sun 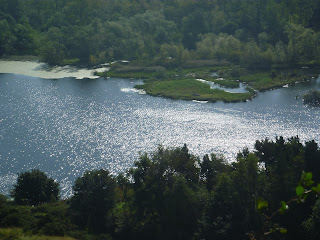 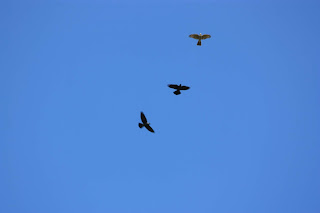 This battle went on for several minutes and was fascinating to watch. It was lovely to see the daytime moon too 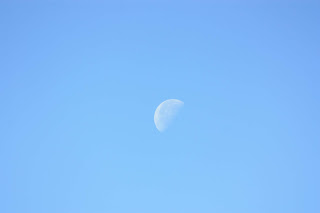 and the first autumnal colours in the trees 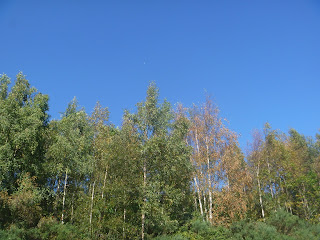 These Canada Geese posed obligingly at the Dunsapie Loch 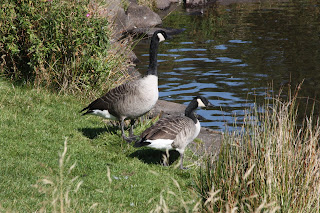 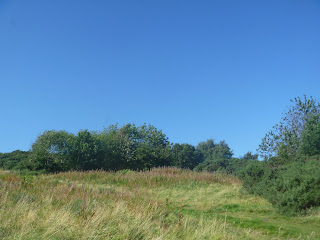 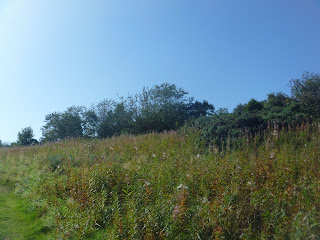 with lovely views over Edinburgh 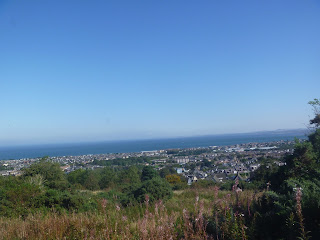 We admired the swans at St Margaret's Loch 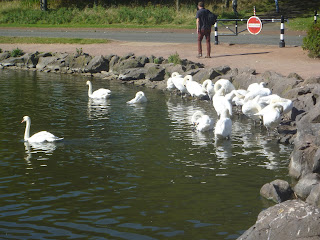 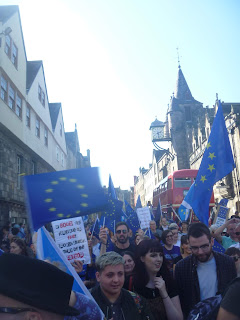 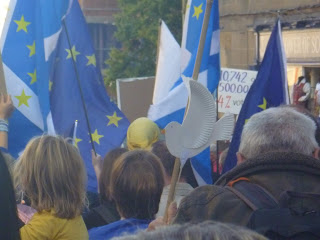 As on the Climate Strike (which you can read about on this blog here) there were lots of dogs marching along with their owners, including Chewie, who apparently loves meeting lots of new people but isn't too happy with the loud noises of a political march 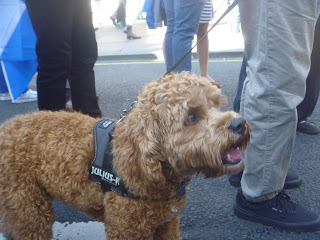 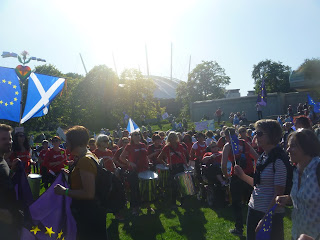 and the police presence was very muted and good natured 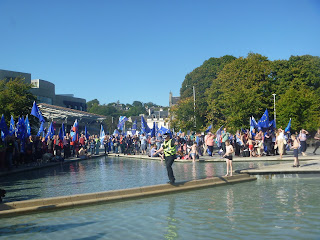 When the Brexit referendum was held I voted to stay in the European Union. The EU has it's faults and problems but it offers many benefits, particularly, for those interested in nature, it's environmental protections (which I blogged about here). There are those that argue that the referendum result (slightly more people voted to leave the EU than voted to remain) should be respected, but that are those that argue that we had been misinformed before the referendum and we were required to vote on something we didn't know enough about. The march yesterday also called on politician's to avoid a No Deal Brexit (which would see us crash out of the EU with no trade deals on the 31 October) and to call for a People's Vote on any future relationship with the EU. Whichever way you voted in the referendum, it surely is only fair that we get a vote on our future relationship with our nearest neighbours.
Crafted by Crafty Green Poet at 2:25 pm

Email ThisBlogThis!Share to TwitterShare to FacebookShare to Pinterest
Thinking about: campaigning, green lifestyle, In and around Edinburgh, nature diary

Hello, looks like a great walk. Love the swans and geese. Neat capture of the Kestrel.
Enjoy your day, wishing you a happy new week ahead!

Arthur’s Seat is such a neat park to have so close to the city. We only get a bit of news about Brexit, but it seems crazy for parliament not to get a deal instead of crashing out of the EU.

Happy Day to You,
A ShutterBug Explores,
aka (A Creative Harbor)

Regarding the Brexit show over there

At the level of humor, it is only fair that you give us yanks something to laugh about since we return the favor so well!!!!

Has that policeman had a wee nip? Hope he didn't fall in.

Jeff - I think our government has gone crazy

Gwil, the policeman didn't fall in!

I have blog friends on both sides of this issue, hard to make judgment on what will ultimately be best. It must be a concern as strain on your country, with so much at stake. I hope it all works out for the best.

Thanks for sharing these Autumn scenes.😊

This is a fraught time politically on both sides of the big pond. Congratulations on taking part in the March ... I just seem to stew and fret and don’t do anything to help what’s so wrong over here. It helps me personally to get outand enjoy natural surroundings .... I’m sure you felt the same.