A Day in North Berwick

Last week during our staycation, we went on some lovely walks in and around Edinburgh. I'm only going to blog about two of them though!

One of our trips was to North Berwick, which is on the coast just outside Edinburgh. It has a lovely beach with great views! 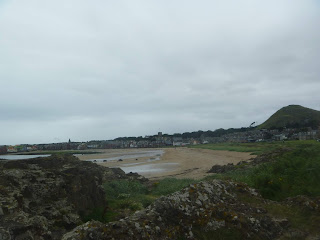 One of the most famous views is over to the Bass Rock, which at most times of the year is white with the gannets that breed in vast numbers there (gannets are one of the few birds that are increasing in number). 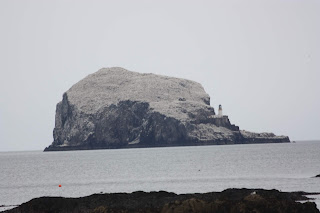 Several gannets were flying around and diving into the sea, qhite close to shore. Always a lovely sight. They were joined by the noisy sandwich terns, which were gathering on the rocks. 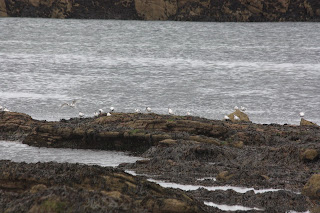 At times we were surrounded by swallows, flying ridiculously fast 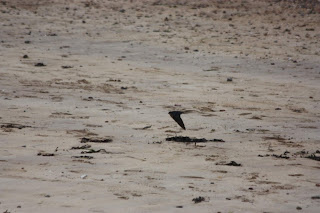 These lovely birds will be leaving for their wintering grounds in Africa very soon but it was wonderful to see so many of them flying along the beach and round the town. This young swallow was still being fed by its parents, it's typical of swallows to have a second brood of chicks quite late in the season 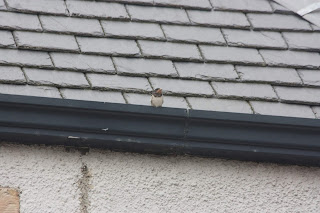 Another summer visitor we saw was this wheatear 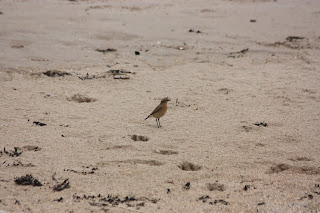 We were intrigued by this crow, which was carrying something (we couldn't work out what!) in its beak and then started to bury it 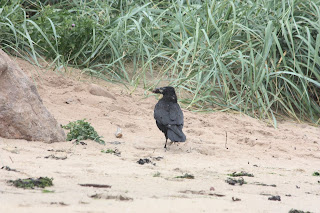 There were several ringed plovers on the beach too 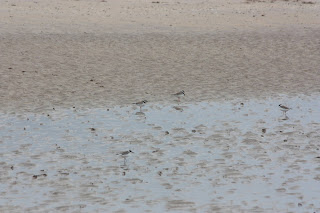 and sanderlings too, this is the first time I've got so close to sanderlings, beautiful birds in their smart black and white winter plumage 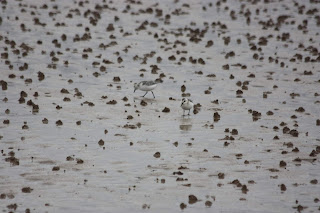 also in winter plumage was this dunlin 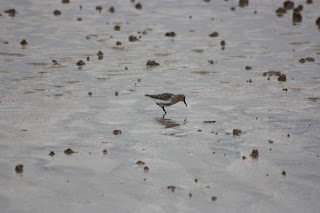 Such a great day on the beach! 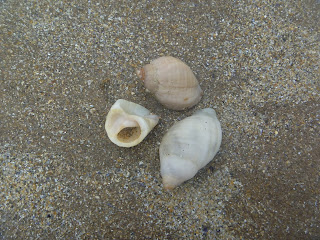 It was also nice to see this little pallet garden in the town, it had won a prize in a recent competition, though annoyingly I seem to have deleted the photo which included the plaque with the competition information! 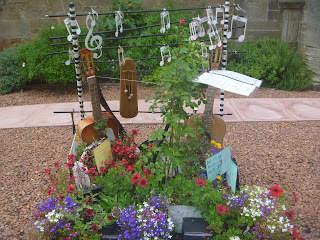 North Berwick is a lovely town to spend time in, with several nice cafes, craft shops and second hand shops. It's easy to get there by bus or train from Edinburgh.

Thanks to Crafty Green Boyfriend for the bird photos in this post.

Wish there was a transporter to get us there in the blink of an eye - what a fun place to explore and watch ...

Looks like a beautiful place to go birding. I love the coast line views. The birds are great, the sea shells and garden are pretty. Have a happy day!