Last night I went along to a craft workshop with Gorgie Collective, a local arts organisation that holds creative events for adults in local community centres.

Last night's workshop was part of the Freelancer's festival organised by Gorgie Creative Network, a network of local creative and freelancer workers. It took place in Gorgie Collective's office in the basement of the St Martin's Community Resource Centre. 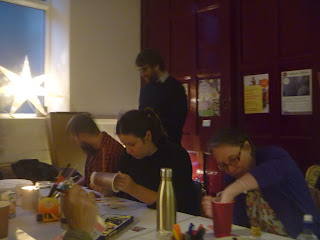 The activity was to decorate a re-usable coffee mug. There were some complications in the planning as the original reusable bamboo cups proved to be impossible to permanently paint on so we used compostable mugs from VegWare - an Edinburgh compnay that produces cups made from compostable vegetable fibres. The cups can be used only a few times before they fall apart, but they can be put in the compost bin afterwards.

It was a lovely relaxed and sociable event held in a very calming, creative atmosphere 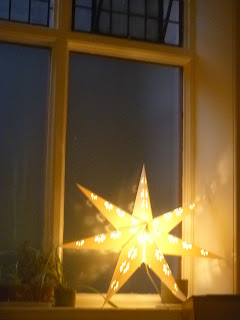 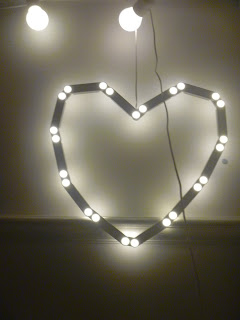 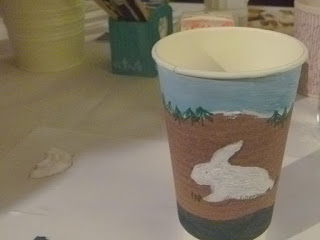 This is far too nice to use as a coffee cup and I'm going to use it to store things in. I rarely get takeaway coffee anyway and already have a reusable mug for the times when I do so.

Everyone produced very attractive designs and I think most people are going to use them as storage rather than as mugs.


Crafted by Crafty Green Poet at 7:48 am

Email ThisBlogThis!Share to TwitterShare to FacebookShare to Pinterest
Thinking about: green lifestyle, In and around Edinburgh

Good recovery and a fine piece of work .. and you've given me an idea for an event I help with!!!!

Looks and sounds an excellent evening.