Saughton Park, one of Edinburgh's many beautiful parks has been shut to the public for a couple of years know while it has been upgraded and restored to it's former glory. Crafty Green Boyfriend and I went along today to a sneak preview guided tour of the park. It's looking lovely and will reopen later this month (though some elements will not open until later).

The famous bandstand has at last been refurbished and put in the centre of the park. 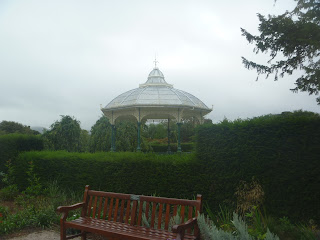 The bandstand had been removed from the park in the 1980s and had become lost in the system and it was apparently a real piece of detective work to find it again! It had been placed in council storage in Granton and then in Penicuik and then somewhere else! Finally it was brought back to the park and has been lovingly restored 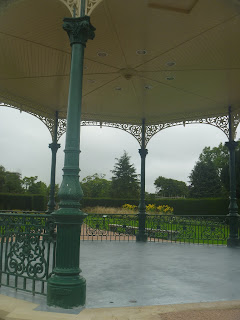 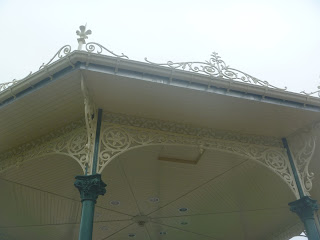 the work has even been approved by the local otters 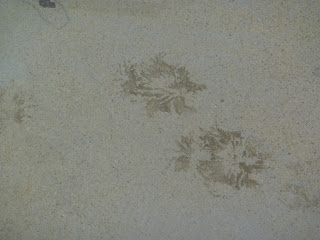 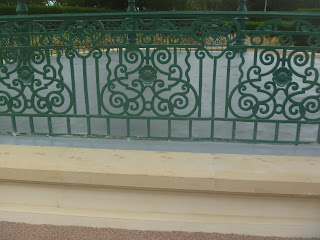 The greenhouses are currently being renovated 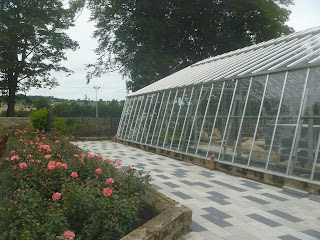 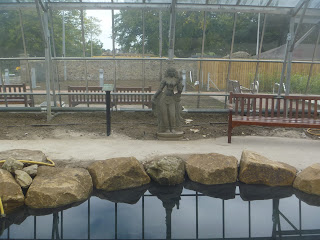 and will when complete be planted with a selection of temperate plants from across the world.

The wildflower area is thriving 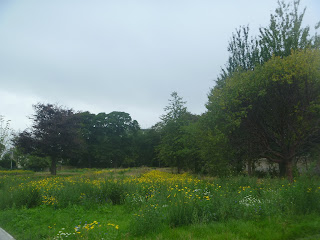 as are the more formal flower beds 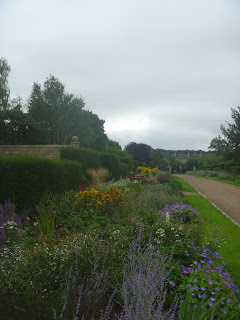 though these are often less fully formal than they would originally have been, which is probably better for wildlife 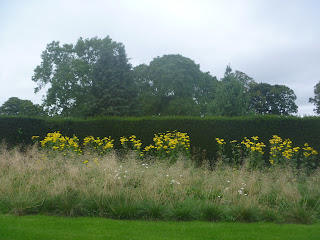 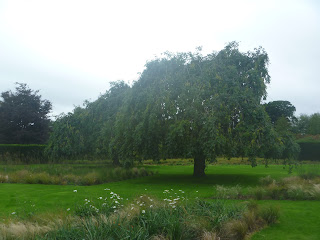 Saughton Park has always been a lovely place to visit and now even more so, with a cafe to open next Spring!

Fantastic that the otters have visited!

So nice the otter footprints. The bandstand is just a jewel in the park. In our country every village large or small used to have a bandstand. Nowadays many of them have disappeared such a shame.