The Brother Gardeners by Andrea Wulf 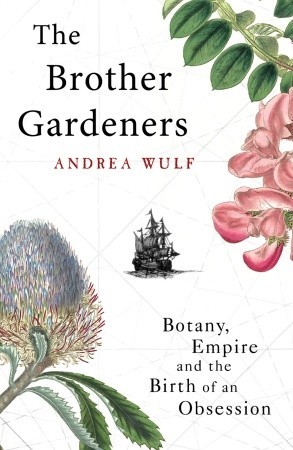 This is a well researched history of botanical exploration, the development of botany as a science and the makings of English garden traditions.

The book to large extent focuses on the 18th Century with John Bartram in the American colonies searching for new species to send to botanists and gardeners in England and further afield. Bartram never seemed to be treated particularly well by his long distance employers but did eventually become a well known botanist both in the colonies and abroad.

All the plants that Bartram sent over from the colonies literally shaped fashions in English gardens, leading to a quiet revolution in how the country looks.

We are given a brief history of the development of botany as science, with some interesting insights into how Carl Linnaeus developed the basis for the scientific naming of plants which we are still familiar with today. He would sometimes name plants slyly after colleagues or enemies (for example, Siegesback, a harsh critic of Linnaeus was memorialised as Siegesbeckia sp, a stinking weed that thrives in wasteland).

This is a fascinating look at the history of botany and horticulture (including the part that botany played in the mutiny on the Bounty!). It's a good read for anyone interested in gardening or plants.

The Brother Gardeners by Andrea Wulf published (2008) by Windmill Books.
Crafted by Crafty Green Poet at 11:51 am

On my list and hopefully will make it to the top!