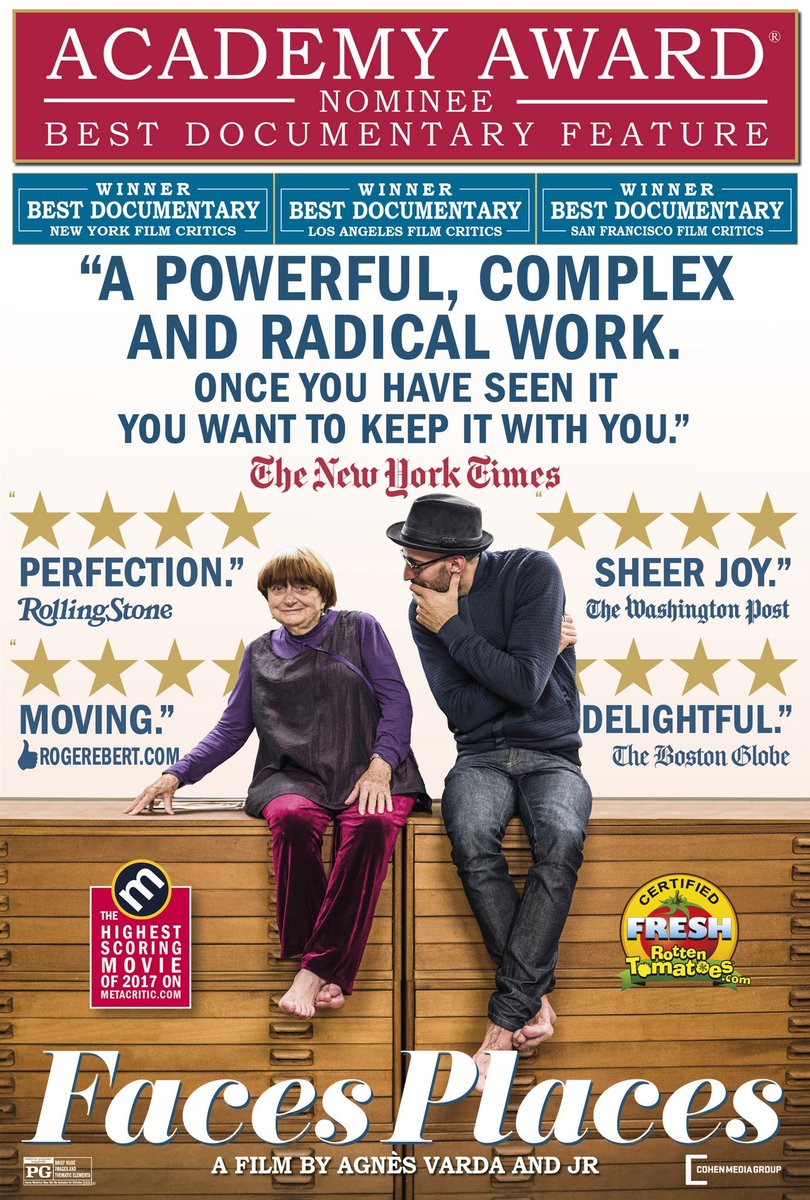 This is a beautiful, informan ald thought provoking documentary featuring film maker Agnes Varda and environmental artist JR.  I was particularly keen to see this film after seeing The Gleaners and I which screened in the recent Agnes Varda retrospective at the Filmhouse (you can read my review here).

Faces Places sees Varda (in her 80s) team up with JR (in his thirties) to travel around France in a mobile photographic studio to photograph people and to use those photos in large scale art installations that draw attention to the connections between people and places. They plaster the walls of condemned miners' houses with photos of the miners who used to live there along with the one woman who is refusing to leave after everyone else has been evicted. They place huge portraits of dock workers' wives on the side of a stack of containers at the docks where the men work.

The film makers meet two goat farmers - one who has changed all his production to mechanised milking machines and has removed the horns from all his animals, the other of which gave up mechanised milking after an experiment and who has kept the horns on her animals as she believes it is natural for goats to have horns. As a result of these meetings JR and Varda plaster a wall in the area with a huge photo of a goat complete with magnificent horns.

They meet many people, which leads to all sorts of creative discoveries, including an elderly man called Pony who makes wonderful works of art using re-used bottle tops (if you're inspired to make similar art, this link takes you to the bottle tops for sale in my Crafty Green Magpie Etsy shop).

It's a wonderful film, conversational in style but full of wisdom and insights into creativity, friendship and culture.

Email ThisBlogThis!Share to TwitterShare to FacebookShare to Pinterest
Thinking about: films, reviews