We had a lovely walk round Arthur's Seat yesterday 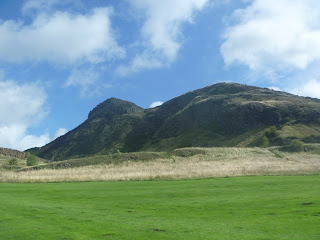 We were delighted to get brilliant views of a kestrel hunting 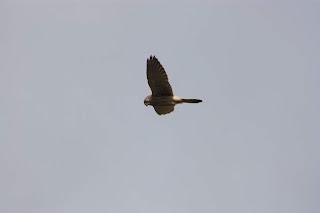 Kestrels used to be the most common bird of prey in the UK, it used to be that you couldn't drive any distance along a motorway without seeing akestrel hovering over the grass verge. Now they're much less common but Arthur's Seat is a consistently good place to see them still.


It's also a great place for ravens, which are more thought of as a bird of wild places (and the Tower of London). They nest on Arthurs Seat though and can often be seen here, though for such big birds they're oddly elusive. We had several good views yesterday and heard them calling too. No good photos though!

We were slightly surprised to see this speckled wood butterfly, it seems like too open an area to find one, as they tend to prefer shady woodland 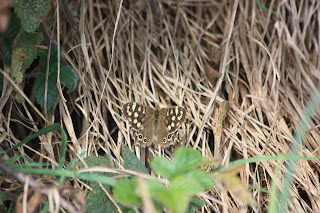 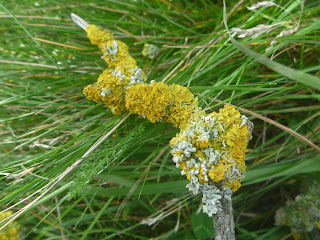 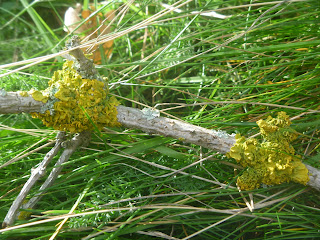 It was nice too to see lots of hoverflies, like this footballer (Helophilus sp) on the yarrow flowers (which were full of hoverflies) 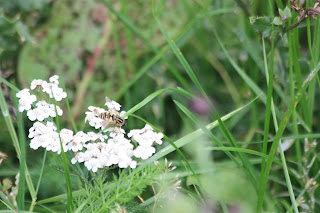 What an great spot! There is nothing like that here!

Great walk and especially lovely at the end of the summer season. I like seeing kestrels although when they visited our yard it felt as if we were providing them a cafeteria. (back when we had bird feeders in our former life). very odd that ravens would be so elusive... I think of them as quite the opposite.