Yesterday I met with a fellow member of Edinburgh Natural History Society for a socially distanced walk round Cameron Toll and Kings Buildings to look for fungi. That's right, a shopping centre and a University campus! I studied at Kings Buildings when I did my Botany Degree (though you can no longer study Botany there, it's all Molecular Biology, Cell Biology and genetics, which are all good, but where are people supposed to learn about actual plants?). So I knew that the campus was a nature rich area but I had no idea about the wealth of nature around the shopping centre and was surprised by how many fungi we found.

Unfortunately my photos aren't very good, but the highlights of the Kings Building Campus included: 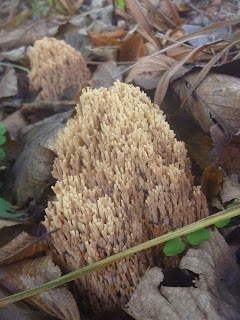 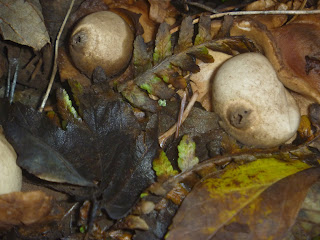 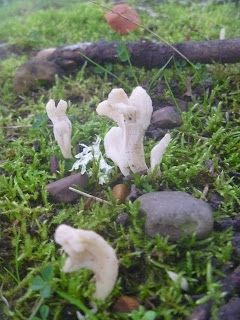 lots of these fungi, which I think are some sort of waxcap 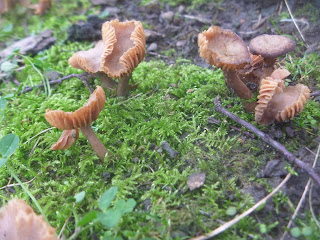 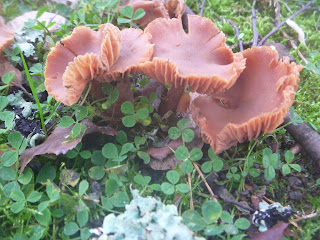 these pretty little things, which we think are porcelain fungi (sorry for the poor photo) 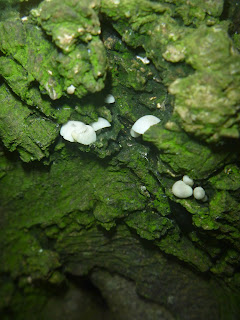 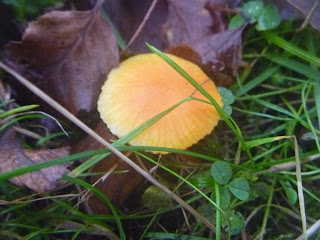 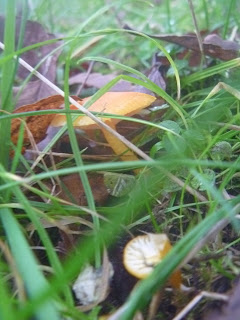 (the broken fungus at the front of the photo was already broken but conveniently gives a view of the gills!)

Under the trees around  the shopping centre (and the reason we were doing this walk) we saw birds nest fungi! Unfortunately the 'eggs' had fallen out of the fungi and all that was left was the 'nest' 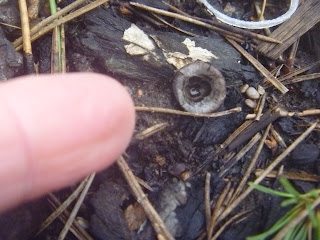 I have long wanted to see this species of fungus and it's amazing to see it in such a built up place! I was also surprised by how tiny this species is! You can see a photo of the birds nest fungus complete with eggs over on the Woodland Trust site here.

Crafted by Crafty Green Poet at 8:40 am

When I was at KB I didn’t look along the grass or beyond the upright coral and collared earthstar, so it was super to find all these! Great blog and photos that spotting the Porcelain fungus was the icing on the cake for me. Thank you. Joanie

What a neat collection of fungi images. Take care, happy a great day!

I shouldn't be surprised by fungi showing up in cool, damp weather, but here I am! Now you have me thinking I should go look for morels.

Definitely is a very nice collection of 'fabulous fungi'
Thank you for sharing your walk and the fungi in these photographs.

Great photos. Fungi is the word that trips us up English language teachers. It can be pronounced two ways. :-)