I was captivated today by this family of roe deer I saw alongside the John Muir walkway at Musselburgh today. The mother appeared at the top of the hill then the two fawns then they all looked at me then leapt through the grass across the hill and then veered towards me before disappearing into some bushes 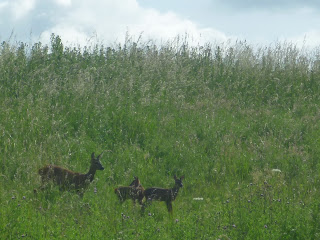 Such a wonderful sight! As it was to see two swallows feeding their adorable little fledglings sitting on the Cadet Hut, this is a poor photo (and there was no chance of catching the adults who were sweeping past at top speed, barely stopping to put the food in the chicks' mouths!) but these two youngsters are so cute (click on the photo to enlarge it!) 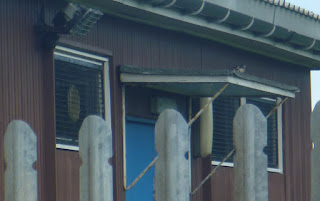 The cygnets are also very cute, though arguably  going through their ugly duckling (or at least gawky adolescent) stage 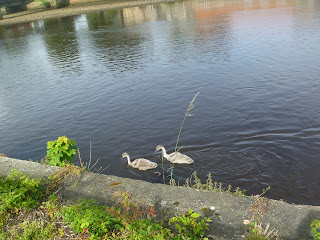 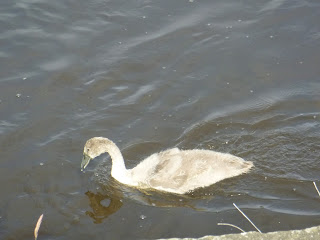 There were also plenty of insects about, including these green weevils - I shared photos of these last week stating that they were green nettle weevils but actually there are several very similar green weevils, so all I can say is these are green weevils of some sort! 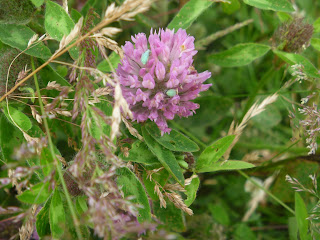 and this hoverfly, which hopefully the UK Hoverfly Group will identify for me! (edited to add, it's a Meliscaeva auricollis). 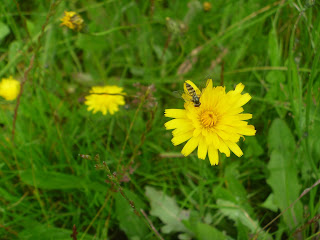 So lovely that you saw the deer family like that.