Moths and More at Musselburgh

Two beautiful moths alongside the John Muir Walkway near Musselburgh today, both of which were happy to pose for the camera! This is a six spot burnet moth, a species which I have seen several times and sometimes in number. It is beautifully irridescent and has magnificent antennae! Corrected to state: in fact if you look carefully this is 'missing a spot' and is therefore a narrow bordered 5 spot burnet moth! 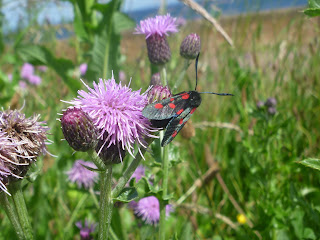 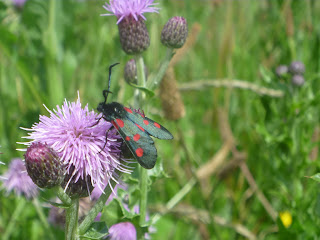 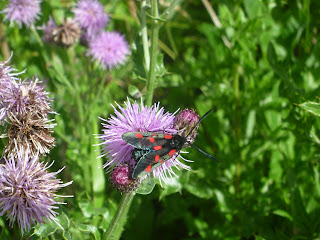 and this second species, which is apparently quite common, but I've never noticed it before, is an antler moth, look at it's beautiful patterning! (Thanks to the Edinburgh Natural  History Society Facebook Group for identifying this for me). 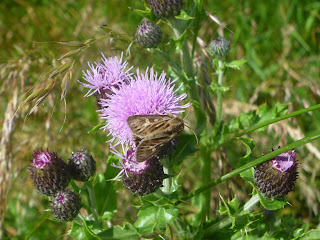 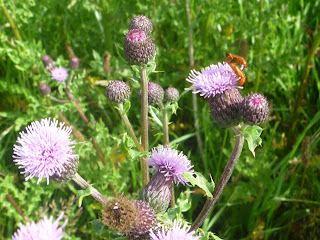 And of course, as ever there were plenty of birds around! I enjoyed watching this family of red breasted mergansers, the mother has done well to get so many chicks to this stage, with all the predators around! 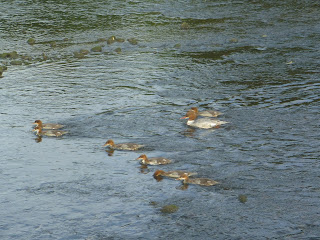 Fabulous, the burnets have, as you have seen, been very numerous by my work. Antler moth is new to me however!

Hello, the first moth is pretty. The Merganser family is a great sighting. Happy Wednesday, enjoy your day!

I would have never thought they were moths. They are gorgeous! :-)

That is a good number of survivors! And a beautiful moth. Our are quite drab.

Quite a stunning moth - ours are so drab. Good to see so many survivors - cute bunch.

We don't have that moth here, as far as I can see. It really stands out.