Pay attention to the details for 30 Days Wild!

I took a trip to Musselburgh today as I often do. It was lovely to see the young birds, like this family of mute swans 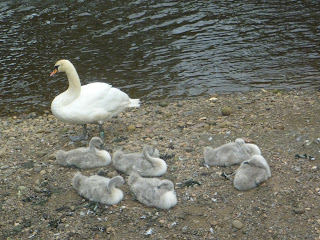 and these mallard ducklings (there were another four ducklings and mother was nearby, but I couldn't get them all in the one photo) 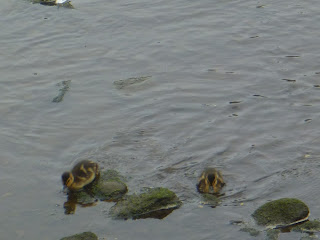 I enjoyed watching the bees amongst the clover (though I might have hoped to see more bees). Look how this one is weighing down one of the individual flowers in the inflorescence! (Click on the photo for a larger view) 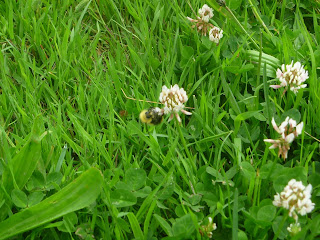 The poppies are lovely just now (and I hope to get some photos of the poppies and other flowers in my favourite roadside verge in the next couple of days). Look at the fallen pollen in the centre of the petals in this poppy 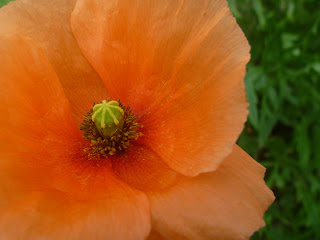 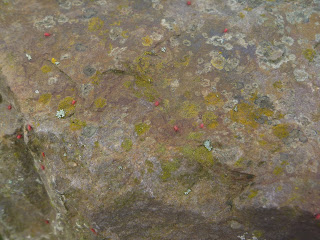 Last year I blogged about seeing them in early July, here. But before that I hadn't seen them in any number since as a child, I used to see them all over the walls in my parents garden on hot summer days.

I also noticed the patterns on this snail shell. 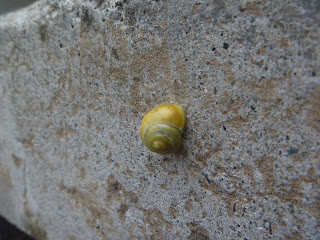 If you keep an eye out for the details they're always something new to see!

Also keep your ears open too! I recently read that skylarks often include snatches of other birds songs in their own songs. At this time of year, the skylarks are always singing along the John Muir Walkway and today was no exception. I listened and listened but they sounded purely like skylarks, I couldn't hear any other bird sounds in there. Such glorious music, skylarksong and I'm very happy that I can hear it so frequently as skylarks are sadly declining in numbers in this country.

Email ThisBlogThis!Share to TwitterShare to FacebookShare to Pinterest
Thinking about: 30DaysWild, In and around Edinburgh, nature diary, photos, summer

Hello, nice sightings of the swans family and mallards. The snail is a cool sighting. Great post and photos. Have a happy day and week ahead!

so many great sightings. but, those babies are most adorable. for me, it was snails that i went without seeing for years. and lately it seems i see them everywhere... i guess it's a good sign i'm seeing them again. have a great night...

Lots of nice details in this post. I get to see a lot of things here that I don't otherwise. We had mallards nesting on the pond but I never saw the little ones.