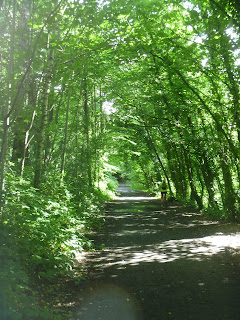 This is part of the Water of Leith Walkway / cyclepath as it follows the old railway line through Colinton Dell. Passing through a tunnel on the way 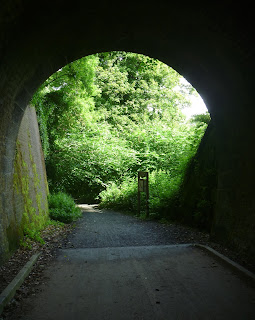 The Bog's Mill wildflower meadiw is very colourful at the moment 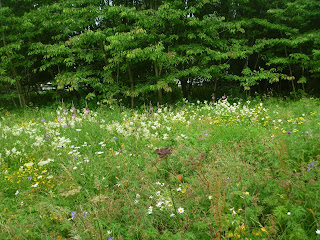 and the insects love the tansy flowers, I don't know what these insects are, by the way... 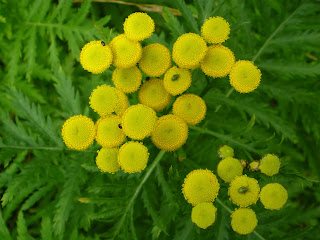 I saw a handsome Red-legged Shieldbug but the photo was too poor quality to share.

I also saw two unusual birds, which wouldn't let me even try to catch them on film. At first I thought they were chiddchaffs, but then I soon realised they were too large and too yellow. This suggests they were wood warblers, which would be amazing, I don't know of these birds being seen here since the 1980s. They weren't singing, which would have helped identify them! They were hopping round in the trees by the orchid meadow 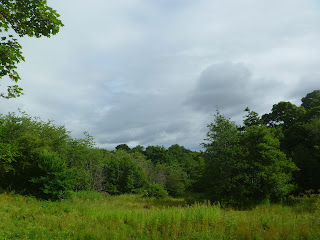 A bird that did let me take its photo was this grey heron, standing motionless, fishing. 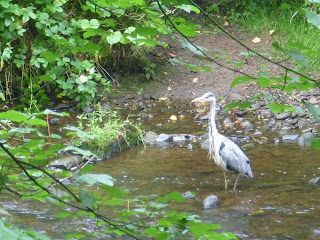 What a pretty spot for a walk. Pretty wildflowers and I love the heron. Enjoy your day!

Great shots, it appears to be a peaceful place.

Tansy!!! What's what those things that look like petal-less ragwort are! Yee-ha, I know now.

unless I'm wrong Simon, which has been known on occasion...

Nice heron photo! So stately for such a gangly bird!

Hi Rabbit's Guy, herons are such great birds to photograph, they're large and they still for long periods of time. Sorry about Racer by the way,

What a lovely walk - I enjoyed it too!
Love the colour of the Tansys ... and great to see the heron stood still for you.

What a beautiful walk, pretty the heron.