From Blackford Pond to Harrison Park

We started out yesterday at Blackford Pond, which is a small suburban pond that can often surprise with its variety of wildlife. 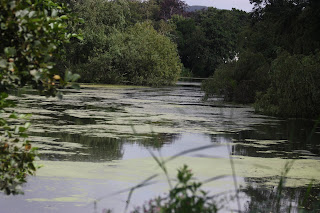 There were several little grebes around, 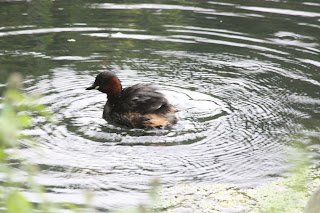 including one pair who were on a nest 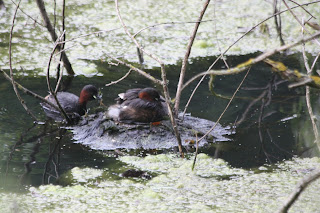 there was also a mysterious young grebe in the middle of the pond, it looked far too big to be a young little grebe but it's plumage doesn't fit any other small grebe so it seems it must be an abnormally large young little grebe or one that's just very fluffed up 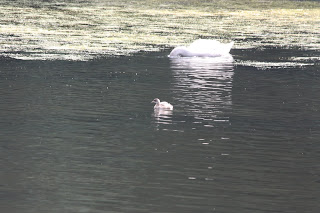 In the background there you can see one of the swans, the resident pair of mute swans this year has raised an amazing 8 cygnets to full grown size 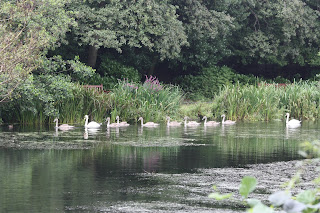 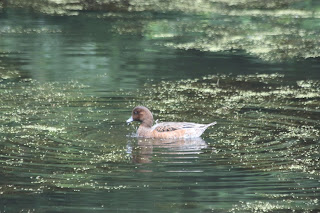 There were also bees and hoverflies aplenty along the edge of the pond including this handsome Helophilus sp (sometimes known as the footballer hoverfly), which along with all the other hoverflies seen, I'll be recording with the UK Hoverflies Facebook group: 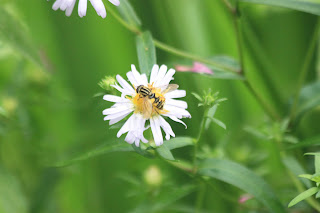 We then walked through Midmar Paddock (a lovely green space that is threatened by development - you can find out more on the Friends of Midmar Paddock Facebook page). 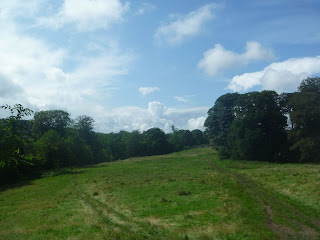 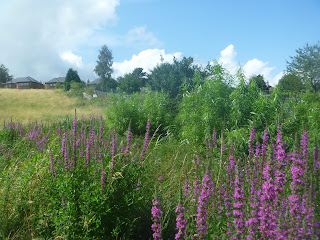 and it's a haven for bees, hoverflies and butterflies like this painted lady 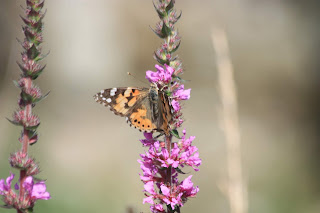 which we recorded in the Big Butterfly Count which ends today.

We then walked through the woodland of Hermitage of Braid, enjoying the shade of the trees, coming out into the sunlight again neat the Rangers Centre where the wildflowers were again drawing in the pollinators, including this meadow brown butterfly, which we also recorded in the Big Butterfly Count. 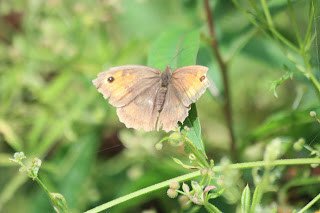 We then went for lunch and afternoon tea before walking home through the Merchiston area of town where all the winged ants were emerging (two weeks later than ants have emerged in other parts of town!) 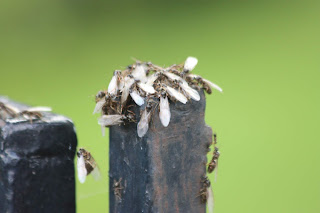 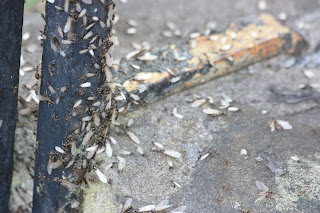 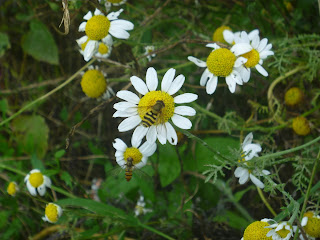 We just about managed to get home before the rain started!