Butterflies and other insects

I hadn't been to Musselburgh for a while so was glad to get there today for a walk along the John Muir Walkway and to the hides at Levenhall.

There were plenty of birds to see, including lots of sandwich terns, several red breasted mergansers, redshanks (including possibly a spotted redshank that has been seen here recently, but I wasn't sure I spotted it) and a pectoral sandpiper.

So it was a great day for birding.

It was also a great day for butterflies! Up on the grassland there was one spot where there were quite a few butterflies dancing around including this painted lady 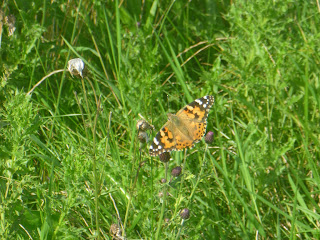 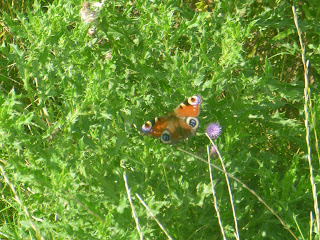 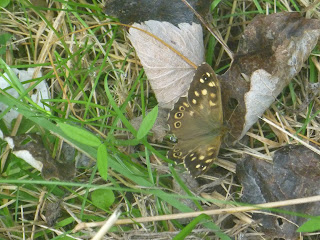 The wind was quite high so I didn't get many photos of hoverflies, but I was pleased to capture this long hoverfly alongside a bumble bee (not sure to be honest whether it's a buff / white tailed bumble bee or some sort of cuckoo bee. Anyone know?) 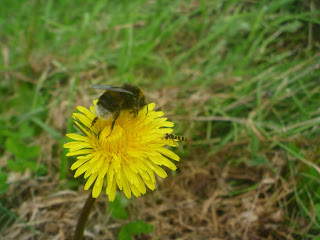 I just came back from a week in the Appalachian Mountains and saw lots of Butterflies! One day I want to talk the Scottish version of the John Muir Trail (I've done the California one from Mt. Whitney to Yosemite Valley)

Certainly sounded a good day for birding, and nice to see all of your butterfly photographs.