The River Almond is one of the two main rivers that run through Edinburgh (the other being the Water of Leith, which I help to look after in my voluntary work, then there's also the much smaller Braid Burn / Figgate Burn).

Today we enjoyed a cold walk aong the Almond from Cramond Brig to the mouth of the river.The Shetland ponies at Cramond Brig were too busy eating to pay much attention to us. 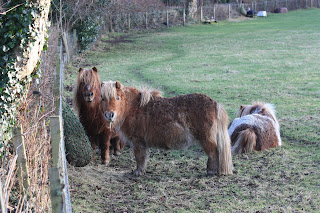 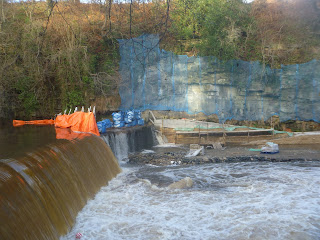 It's a mess at the moment, but eventually the old fish ladder will be better than ever and salmon and other migratory fish will be able to get upstream to their spawning grounds more easily.

At the same time a wildflower meadow has been planted downstream from the fish ladder, which will hopefully come into bloom in a few months! 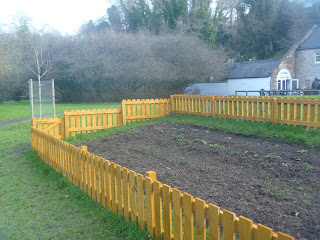 Already in fact the first signs of spring are showing, despite the cold, these are the bulbs of wild garlic, which will soon start scenting the area! 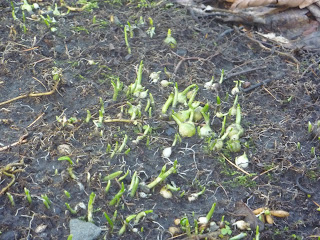 We saw several mallards on our walk, I like the way the female here hs showing the blue speculum in her wing, which is often hidden 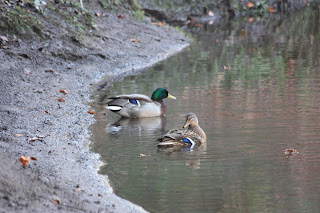 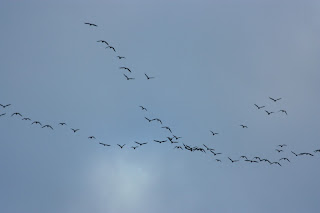 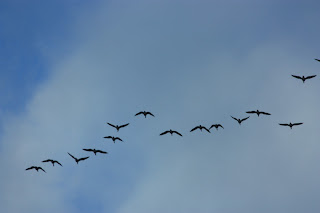 __ On the Almond: the Shetlands glance, the garlic grows as the salmon return, the Mallards mull, and that cloud of geese... all looking forward. _m

Some good news there - thanks!

Grand walk. We did this same one at the New Year and passed the ponies and the ducks, including a Goosander at Cramond. Sadly never saw the Geese this year, always a wonderful sight!

Hello, looks like a nice walk. I love the horses and all the birds.
Happy Sunday, enjoy your day and new week!

That looks a very nice walk, I enjoyed seeing your photographs.
Lovely to see the wild garlic, I can almost smell its scent!