The European larch (Larix decidua) is a deciduous conifer. It's not native to Scotland but has been planted here in great number because it's wood is very useful. It is also cold tolerant, which is a useful attribute for any species living in Scotland!

Its cones are favourite food for birds including siskin and redpolls.

This morning, I visited my larch in Colinton Dell, alongside the Water of Leith. The long tailed tits were still working on their nest. You can just see the nest in this photo, its part of the dark mass just off centre of the photo: 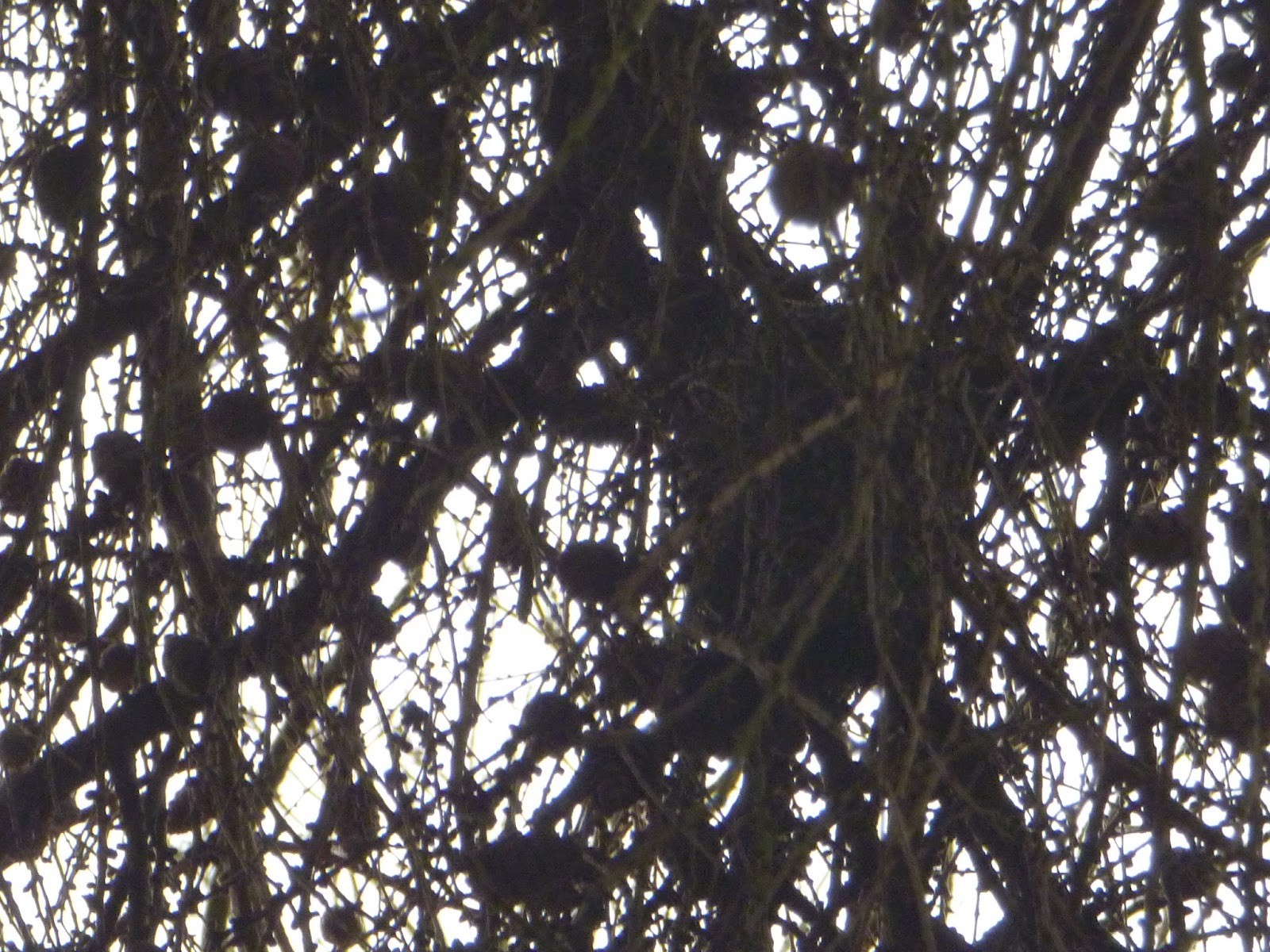 I couldn't take a photo of the birds, they were moving too quickly! (Also I like to enjoy the moment, rather than to get caught up in taking bad photos!) I noticed that one of them was carrying tiny feathers in its beak, which it was adding to the lining of the nest.

I then turned my attention back to the tree, which has a very distinctive bark 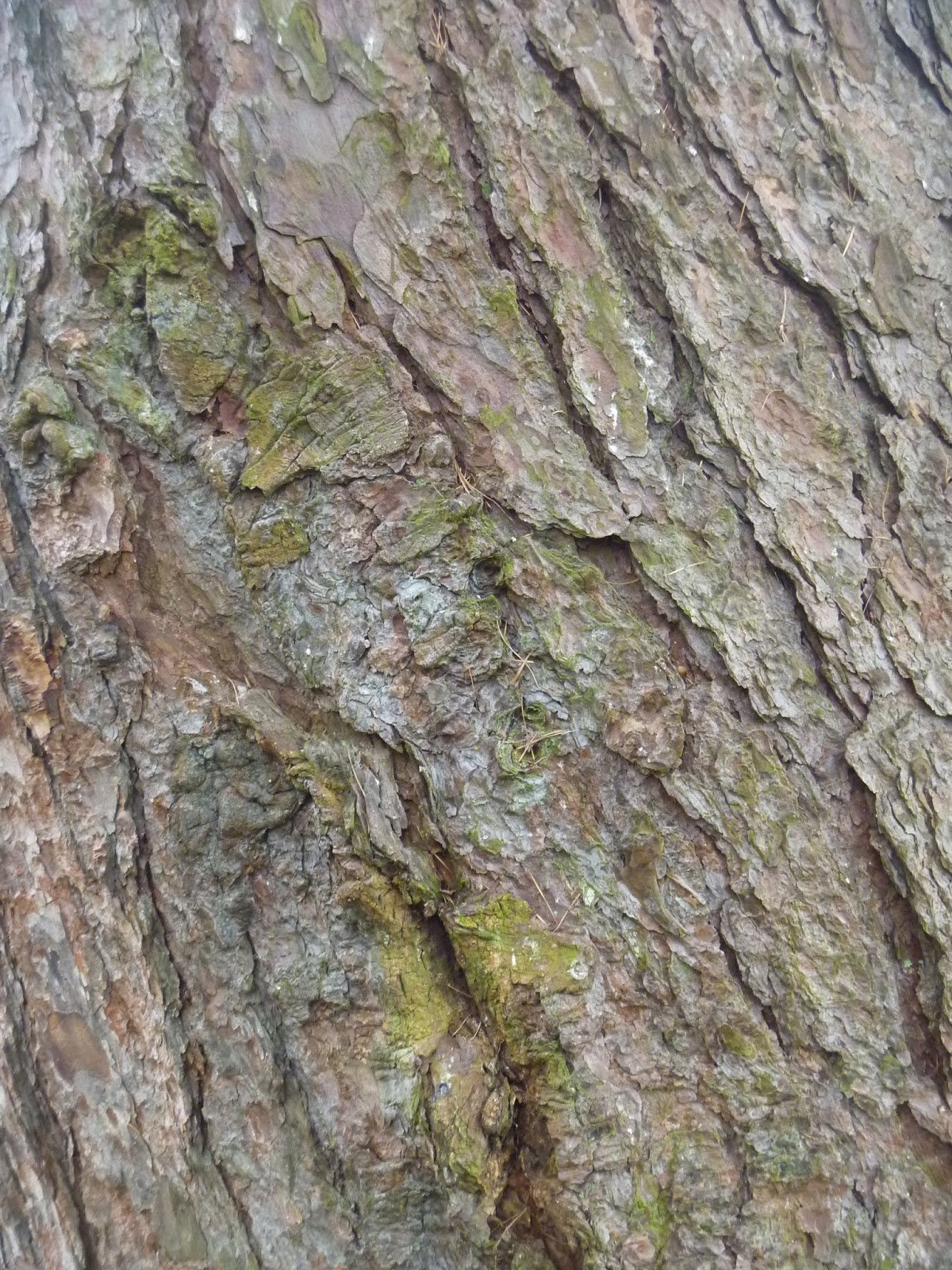 Near the larch, though not in it, I heard the first chiffchaff of the year, repeating its name over and over....

For Tree Following and Nature Notes

Email ThisBlogThis!Share to TwitterShare to FacebookShare to Pinterest
Thinking about: birds, In and around Edinburgh, nature diary, photos, treefollowing, Water of Leith

I so enjoy hearing about the flora and fauna in other countries. That's why I loved the book you recommended Birds of East Africa. You might know he has a new one out: Beasts of East Africa. Our library system doesn't have it, though. Crumb buns.

Found myself up close and personal with a white pine the other day admiring its lovely bark. :)

Yesterday I read in another blog about tree following and so as soon as I saw your words 'my larch' I guessed that was what you were doing! I will enjoying following it along with you. Since I don't spend the whole year in one place, I can't do this but I would love to if I could.

first chiffchaff
I tell her my name
again

I will enjoy following your larch.... Such a great nature thing to do.... Michelle

What a good idea--to follow a tree! I have several oaks and many sugar berry trees. Maybe I should pick one and post weekly on what is going on in and about it.

So before long there will be baby birds in your tree? By then, the light, hopefully, will be brighter and you will have a greater chance of taking a photograph of their parents.

How thrilling to have a Long-tailled Tit's nest in your tree, I don't think I've ever seen one (nest) before. I shall follow with interest!