I spent a lovely afternoon at Gorgie City Farm yesterday. Some new lambs have just been born, though I could only find one: 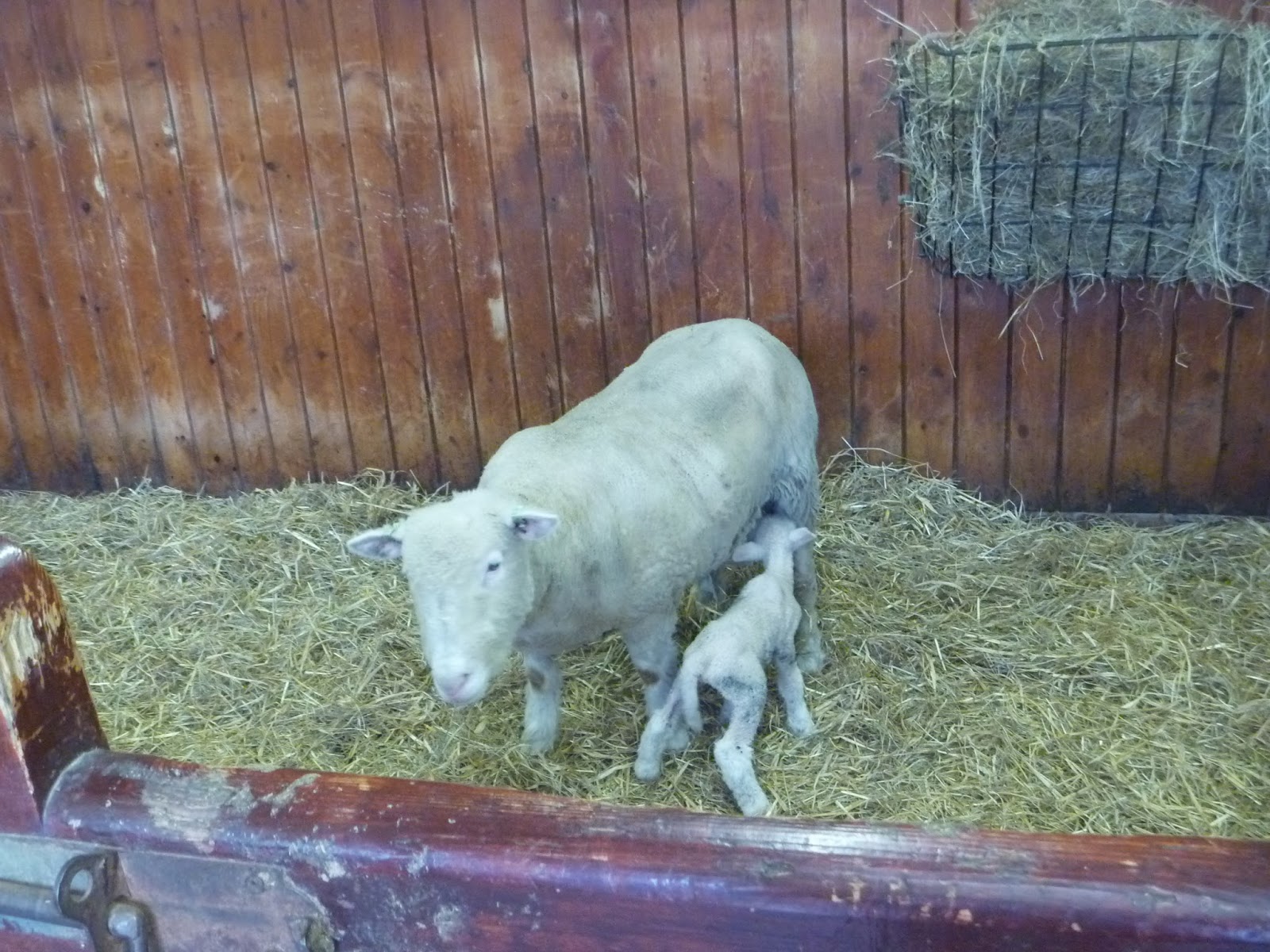 The other Poll Dorset sheep were mostly busy eating 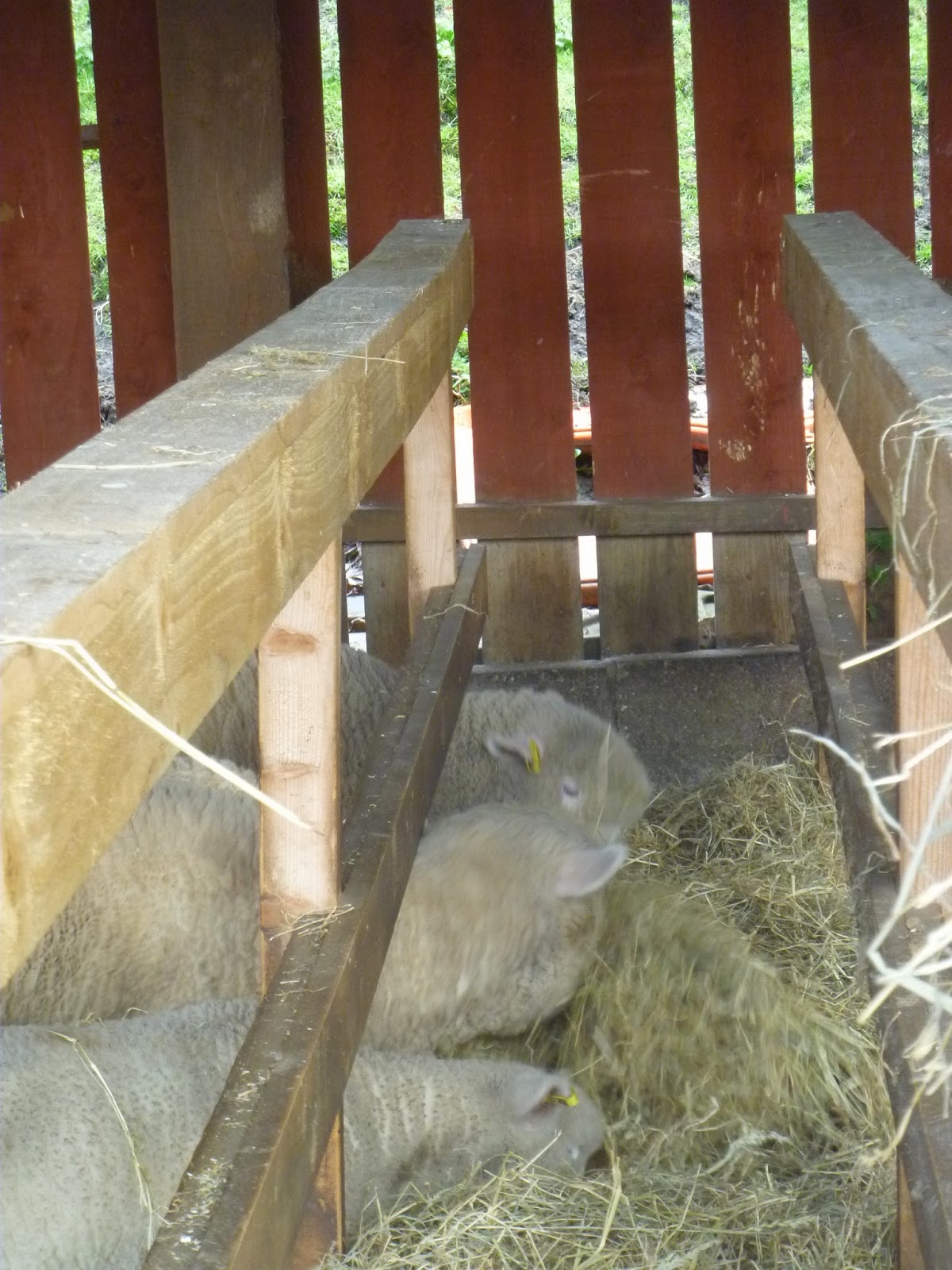 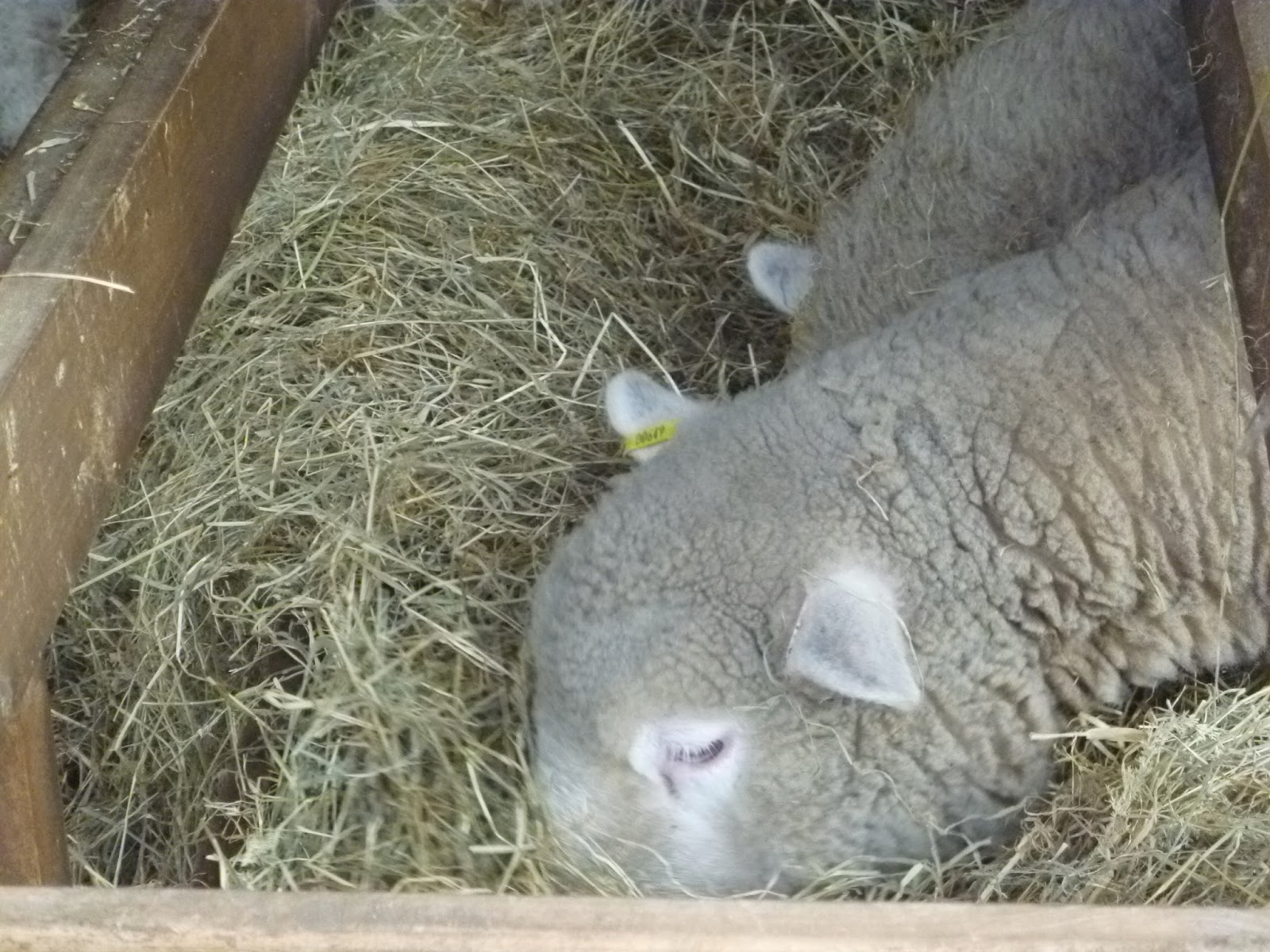 or posing for passing photographers 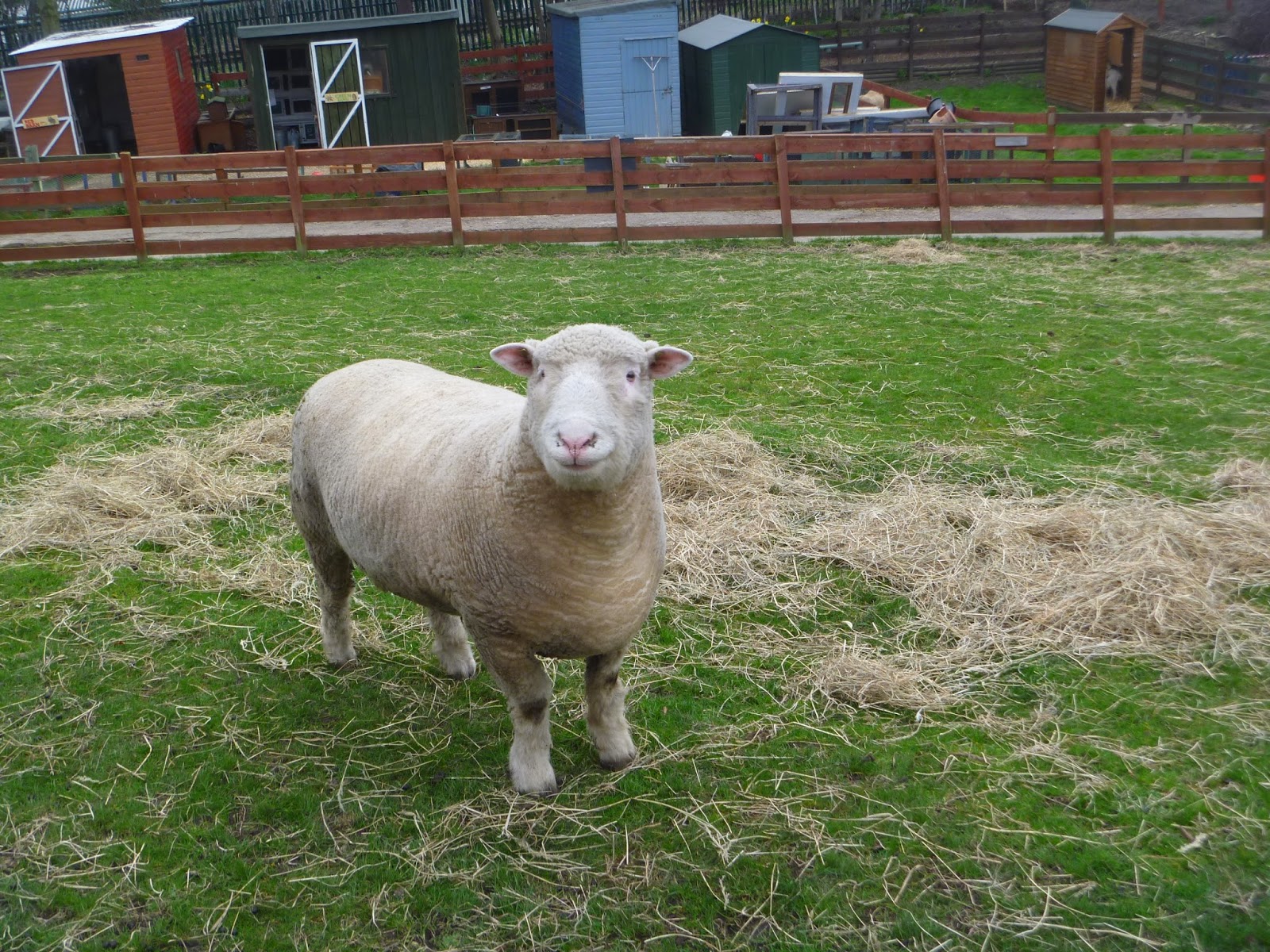 and there's a new rabbit in town, whose name I couldn't find out, but a handsome one indeed (I've since found out this rabbit is called Thumper): 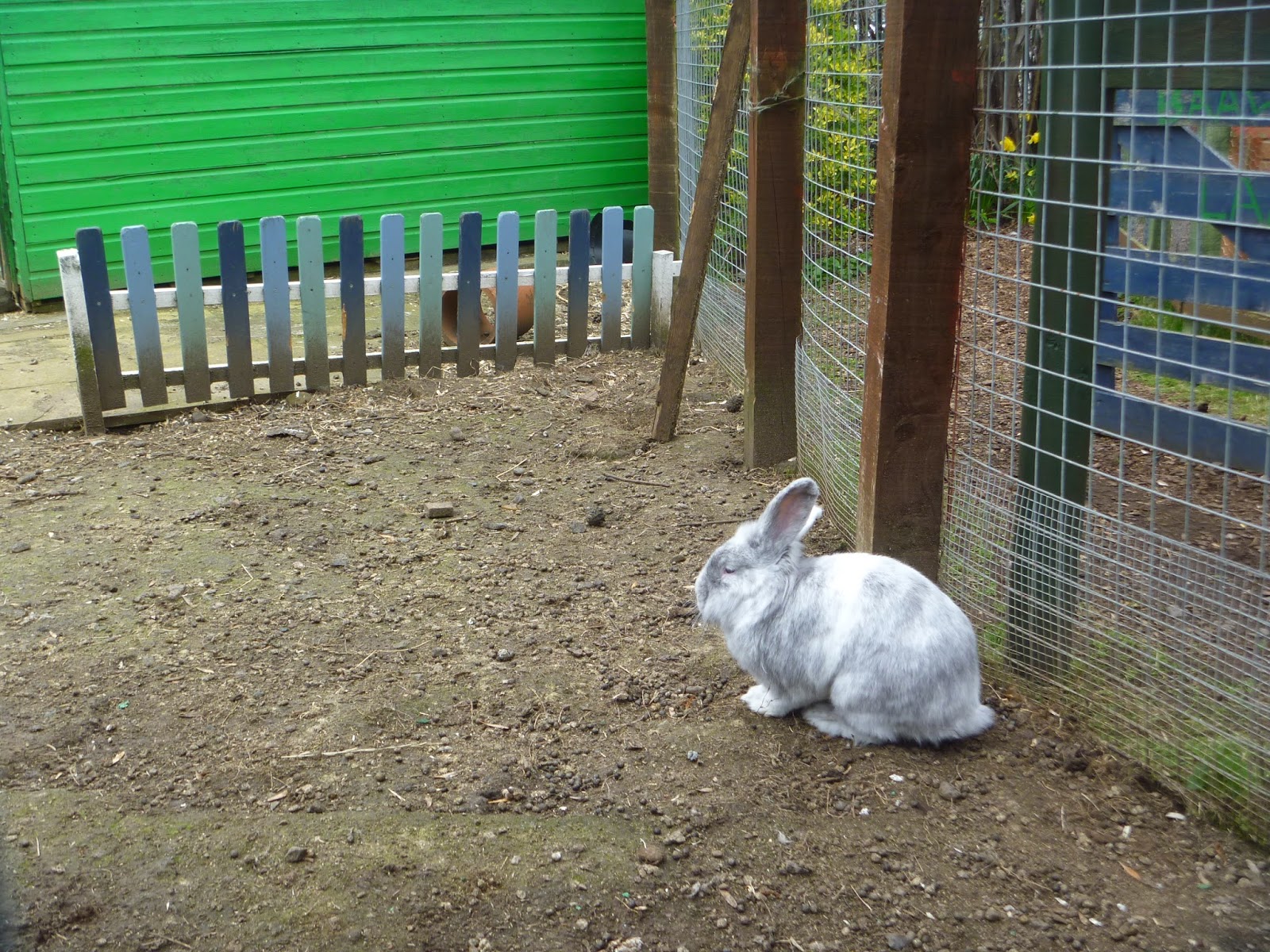 After walking round the farm, I went to the first in the farm's series of Pet Lodge lectures. Lauren Collins (MSc student from Glasgow University) gave a talk on the 'evolution of the symbolic dog in domestic spaces' while the audience cuddled guinea pigs! I didn't get a photo, as it's quite difficult to use a camera with a guinea pig on your knees, specially if you want also to avoid disrupting a lecture! It was an interesting talk though and it was very relaxing to spend time with a very beautiful guinea pig, even if it did get quite energetic at times! 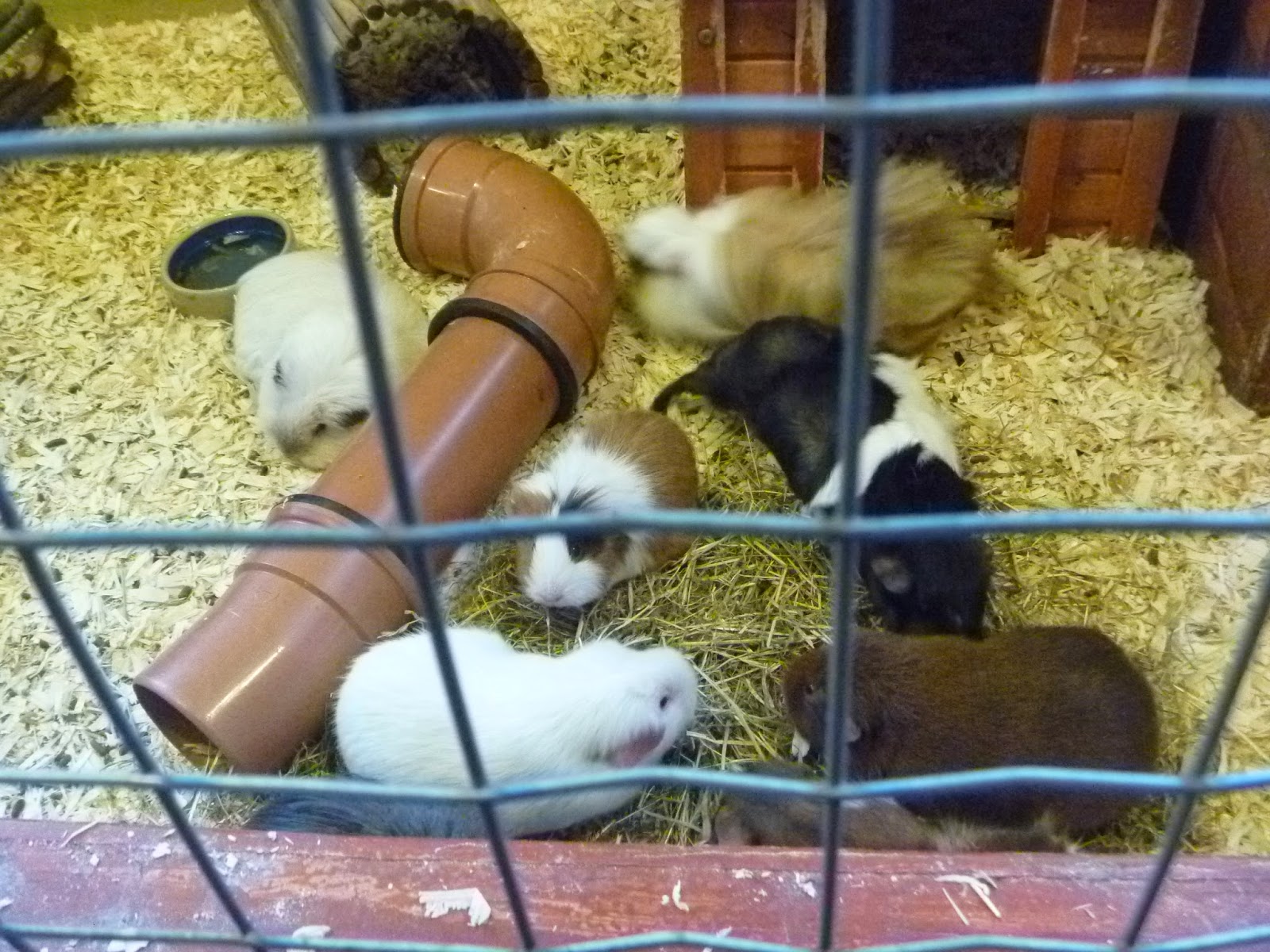 Future lectures will feature chickens, a snake and hopefully some rabbits!
Crafted by Crafty Green Poet at 12:55 pm

Email ThisBlogThis!Share to TwitterShare to FacebookShare to Pinterest
Thinking about: Gorgie City Farm, In and around Edinburgh

Hi Juliet.
Do you know what kind of sheep they are? Very handsome.
Strangely, I was just discussing the very topic of that lecture this morning.

Hi Maureen - they're Rylands, I've just updated the blog post to add that in....

Maureen, I was wrong, these sheep are POll Dorsets, I'll update the blogpost again to show this! The farm used to keep Ryelands.

that baby lamb is adorable. and i simply love the character that shows on the lone sheep's face... have a great day~

I just love all the animals. They are so cute! What a wonderful place to visit.. Have a happy Thursday!

Save these images to use for your New Years Cards next year. 2015 will be the year of the sheep. :)

Aw nice pictures at the farm. Glad to see them.

Guinea Pigs and rabbits get along well together I think ....

The guinea pig I knew best got along very well with a temperamental cat.