I took my birdwatching class to Cammo Estate today.We saw lots of birds, including a grey wagtail, a grey heron, a buzzard and song thrushes. Great spotted woodpeckers were drumming in the trees, skylarks were singing over the fields and great tits were demonstrating a small selection of their vast repertoire of calls.

I don't take my camera to my birdwatching classes, but here's a selection of photos from our visit to Cammo on Saturday.

Cammo Tower is an early nineteenth century water tower that is today a notable landmark in the Cammo Fields. 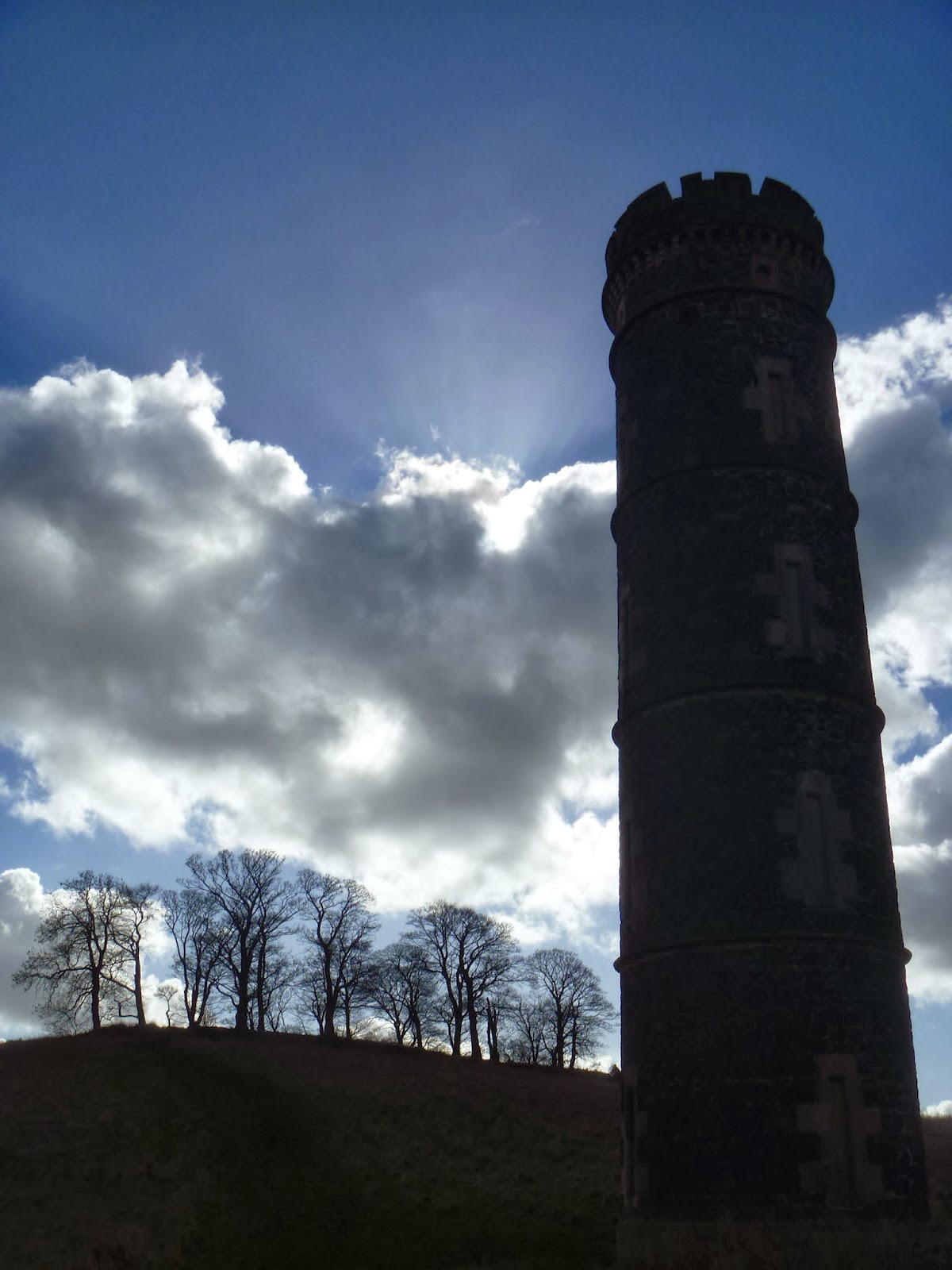 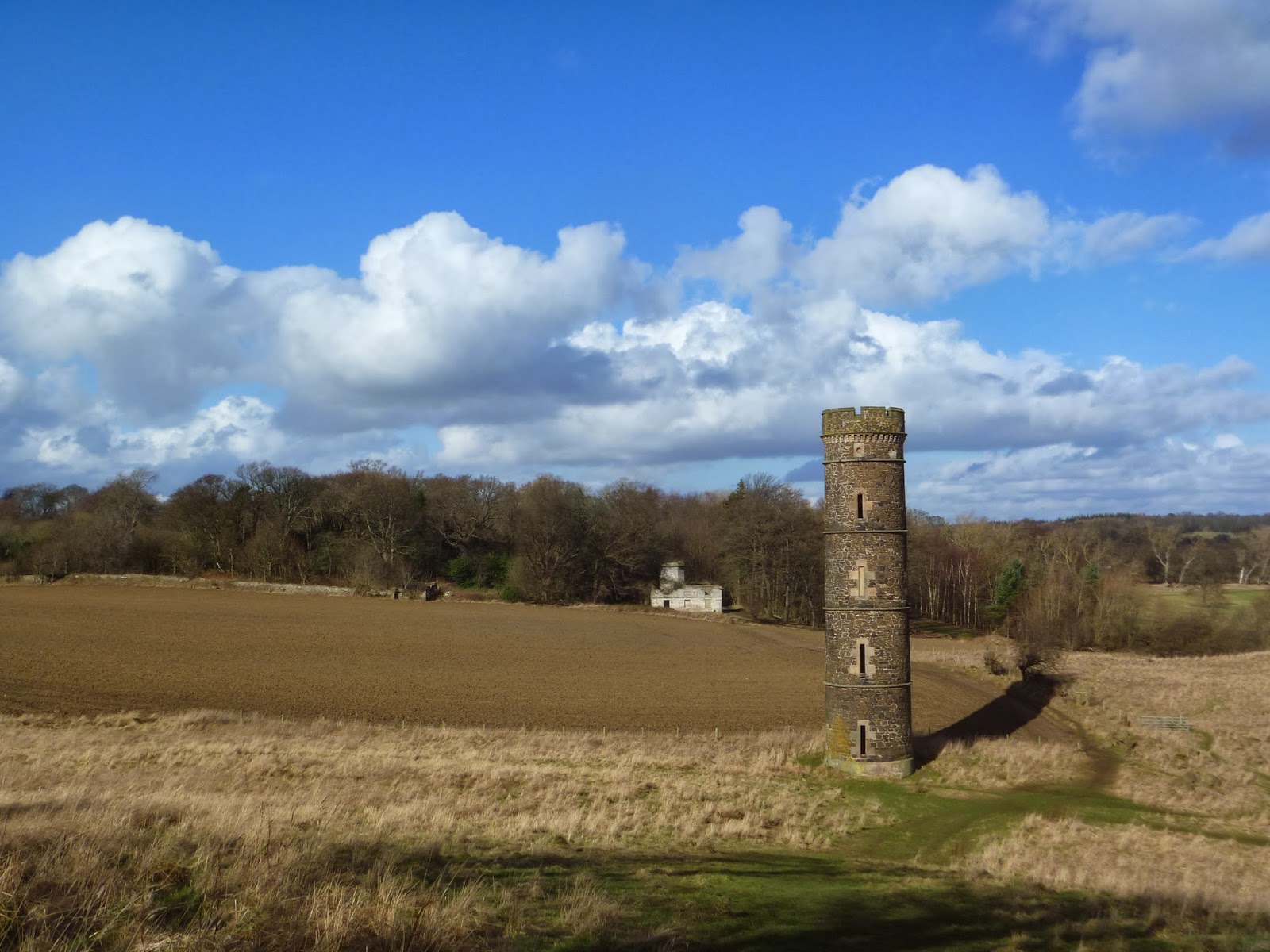 These days it's boarded up, with pigeons sneaking in through the cracks to nest. When we were there on Saturday, this pair of jackdaws seemed to be checking out the top of the tower as a potential nest site. Jackdaws are small crows with very pale eyes. Scientists have recently shown that the jackdaws use their pale eyes to scare other birds away from their nest sites. 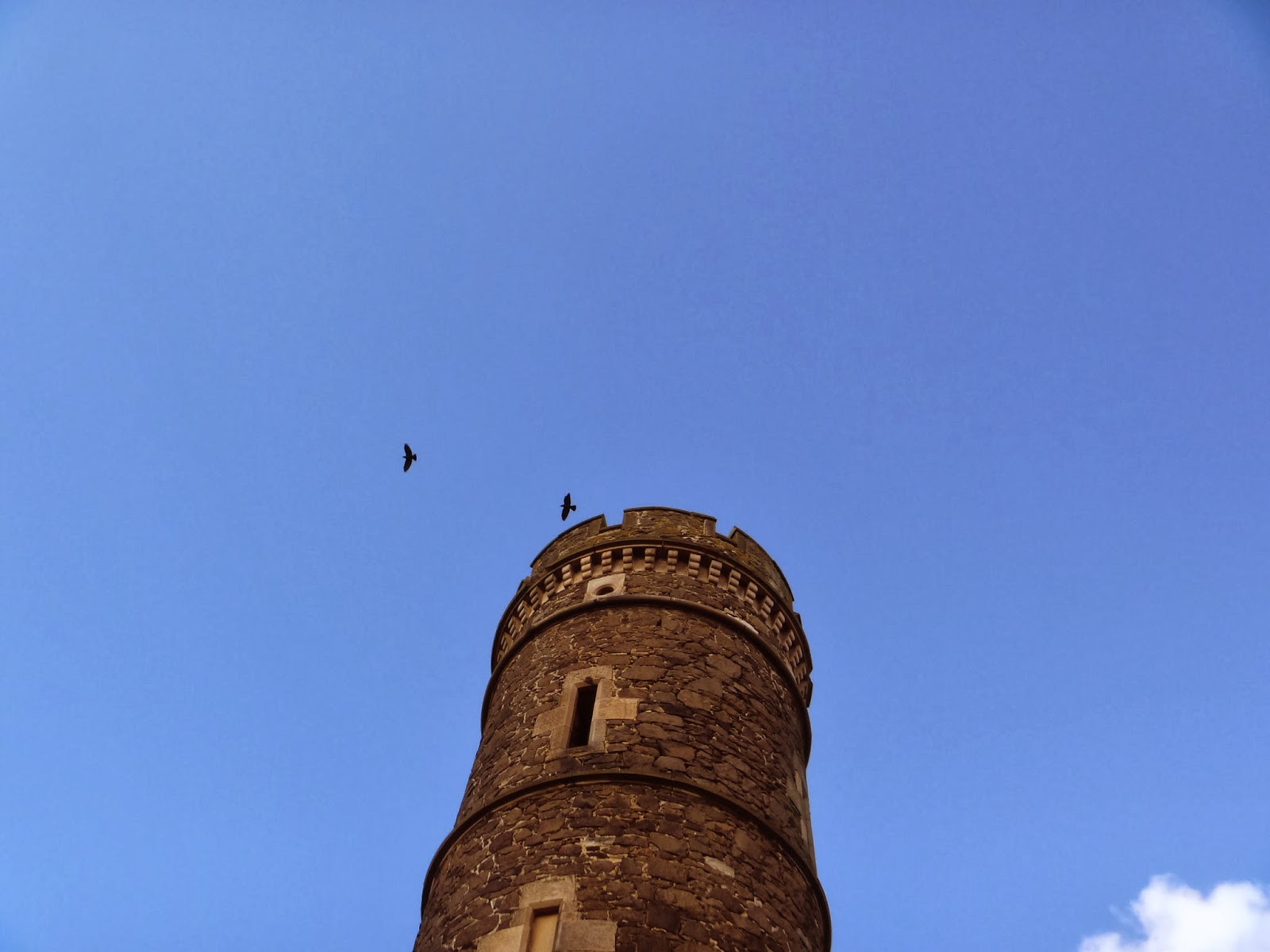 If my sense of direction isn't deceiving me, the green field in the photo below is the one that is threatened with a housing development, despite it's being home to five declining species of farmland birds which are listed specifically in the Edinburgh Local Biodiversity Action Plan (ELBAP) as being vital for conservation and are rarely found in other areas of Edinburgh. Click here for my previous blog posts about the campaign to save Cammo fields. 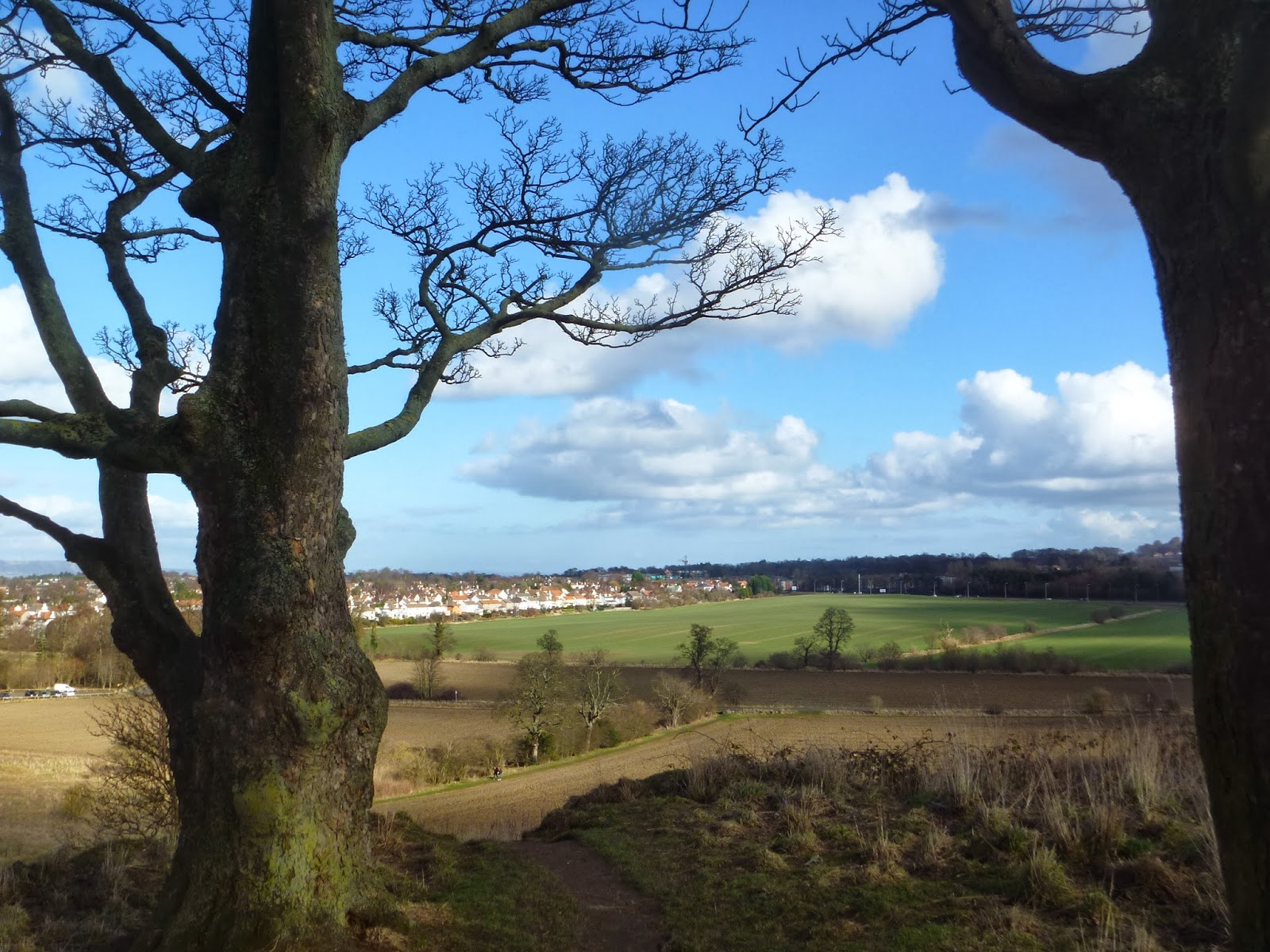 As ever, red text contains hyperlinks that take you to other webpages where you can find out more. Also, as ever, if you click on the photos you should get a bigger view.
Crafted by Crafty Green Poet at 1:53 pm

Email ThisBlogThis!Share to TwitterShare to FacebookShare to Pinterest
Thinking about: birds, cammo fields, In and around Edinburgh, photos

What a pretty spot, a great day for your birding class. Lovely photos! Happy March, enjoy your day and week ahead!

neat tower - and what a view!

A good list of birds for your birders! It looks a lovely area . Is the tower a folly or did it have a function?

What a lovely place. I do wish I could teleport myself over there to you and take one of your classes.

Oh, I wish I could help! I come from the Pine Barrens of New Jersey. Huge aquifer underneath the whole thing. Strict, strict land usage rules. Of course, that didn't prevent CIBA-GEIGY chemical plant from paying off everyone in sight and making it one of the nation's top three toxic waste superfund sites. And I lived, for thirty years, 500 feet from the damn thing. Oh, Lord!

Nice shot. It is like a forgotten piece of history that the birds took over.

I used to drive past this a lot and often wondered what it was. The nature of the time didn't leave a lot of room for investigation. Thanks for reminding me about it and providing the answer at the same time.