I'm continuing to survey the wildlife in all the cemeteries managed by Edinburgh City Council by focussing on making further surveys of some of the cemeteries that are richest in wildlife. Today I visited Mortonhall Cemetery and Crematorium. This is a large site, including a modern cemetery and extensive grounds attached to the crematorium. 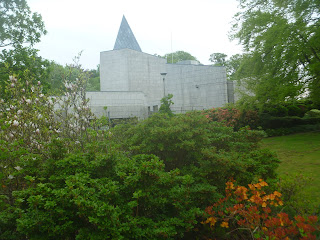 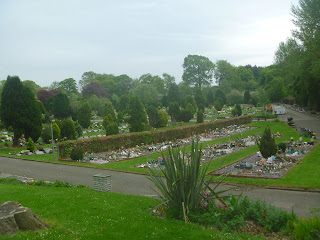 There's a very pretty woodland walk at the site, which is also a burial area 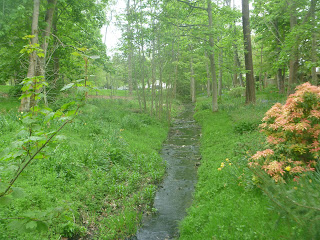 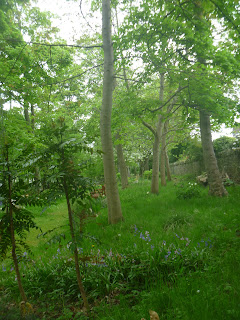 The whole site is rich in nature. It's particularly rich in fungi in autumn, and at the moment there are lots of mosses and lichens like this dog lichen with Hypnum moss hidden amongst the grass. 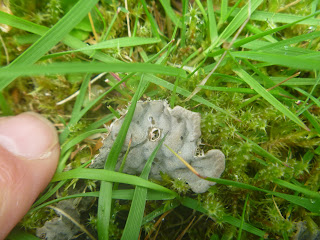 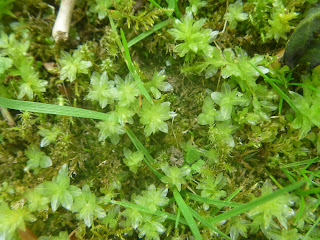 and this lovely display of the liverwort Marchantia polymorpha (female form) 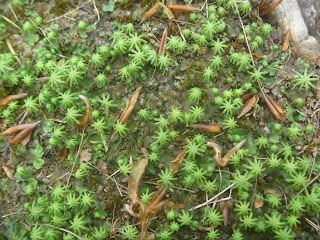 The cherry trees are still in bloom 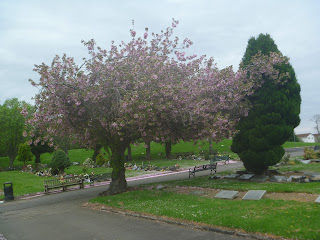 though lots of the petals have fallen already, making a lovely setting for the dandelions and daisies 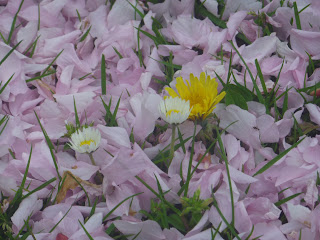 The dull weather meant there were few pollinating insects around, but several species of birds were very active, singing and arguing with each other.