Butterflies in the Gorse at Hillend

Crafty Green Boyfriend and I went to Hillend today. This is the site of Edinburgh's ski slope in the Pentland Hills, but we weren't there for the ski-ing! We had a lovely walk through the hills, which are currently covered in blooming gorse. 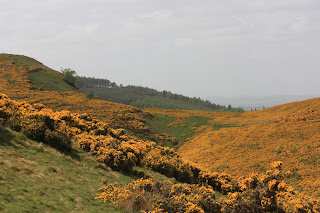 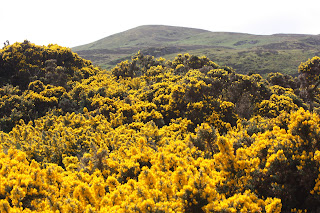 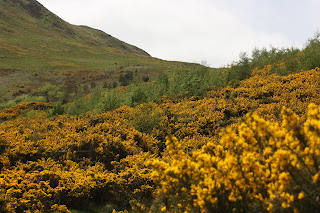 We walked part of the 'Capital Views Trail' which gives beautiful views of Edinburgh, including this view of Arthur's Seat and Salisbury Crags. 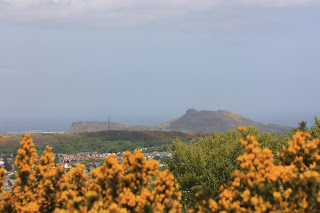 The hills are home to a number of livestock, including Highland cattle 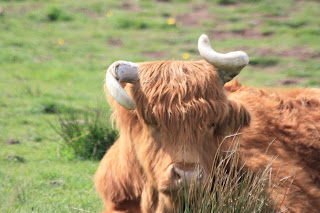 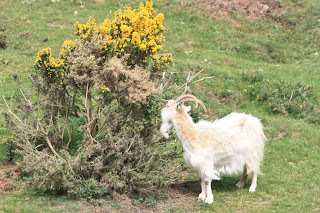 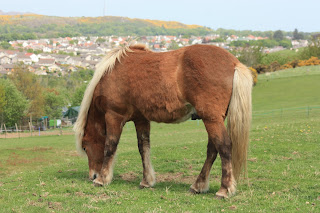 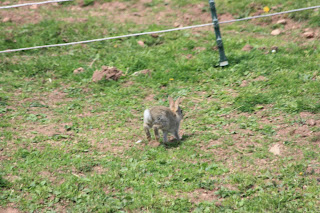 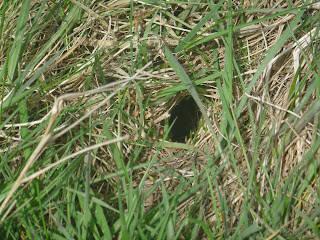 But the highlights were the butterflies! Probably attracted by the warm sunshine, decent numbers of several white species were flying around, including green veined white (on the left on the photo below) and orange tip (on the right) 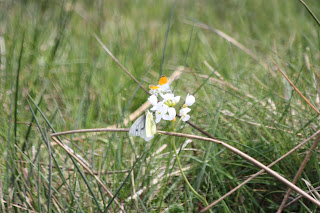 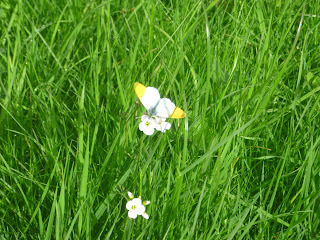 and here's a female orange tip (she doesn't have the orange tips, but can be recognised by the distinctive patterning on her underwing) 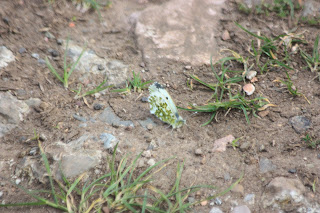 We also saw this peacock butterfly 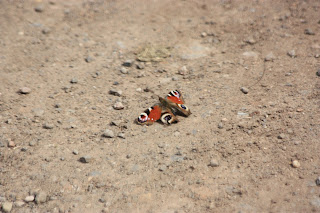 a couple of small coppers that refused to stop for a photo, and best of all, three or four green hairstreaks! 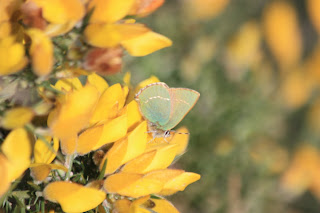 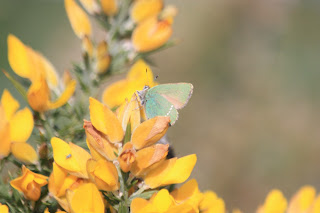 Back in 2019, Crafty Green Boyfriend and I took part in a survey of green hairstreaks in the Bonaly area of the Pentlands. That was the first time I'd ever seen this beautiful little butterfly and in the Edinburgh area, it is considered to be very much restricted to a small section of the Pentlands around Bonaly. But, a couple of weeks ago, on a walking meeting with a colleague, we saw a green hairstreak near Torphin and today Crafty Green Boyfriend and I saw these ones near Hillend! It seems like they may be extending their range in the Pentlands at least!

That was a lovely adventure!
(ツ) from Cottage Country Ontario , ON, Canada!

Very Nice scenery! You've inspired me to pull out that butterfly book I've ignored and give it a go!

Gorse is a bad word here in New Zealand, but it is quite pretty on the hillsides :) Love your butterflies among the gorse.

Feel free to share at My Corner of the World.