Yesterday I led the second in my series of walks round Inch Park, aiming to catalogue as much of the wildlife there as possible. The course is introducing people to the variety of nature found in the park and also to the concept of wildlife recording. We're creating a resource for Inch House that they can use, or add to, in future activities and will be sharing our sightings with The Wildlife Information Centre for Edinburgh and the Lothians.

Yesterday we spent the class alongside the Braid Burn that flows through part of the park. The burn is currently surrounded by flowers in full bloom, like the red campion in the photo below 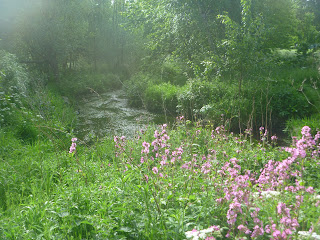 There were several species of birds alongside the river (You may be able to see a male mallard in the photo above, if you click on it to enlarge it!). Goldfinches and swallows were the most numerous, while the blackbird entertained us with his song and a blackcap played hide and seek in the foliage. 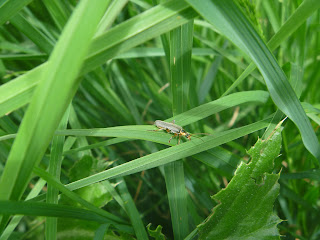 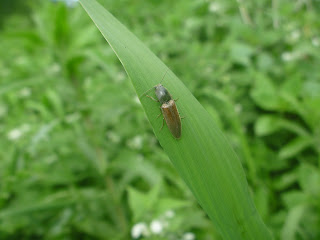 It's amazing what you can find in a suburban park if you walk slowly and look closely!

It looks likely that I'll be running a similar course again in the Autumn! Watch this space!

We're coming up to June, which in the UK means 30 Days Wild! This is The Wildlife Trusts' annual challenge to do one wild thing a day throughout the month of June. You can find out more and sign up here.

Sounds like a nice walk. And yes, parks are often havens hat help those without other means to get closer to nature. I recently read (I'll review it next week) a biography of Frederick Laws Olmstead. His philosophy that lead to so many parks in America (and Canada) was refreshing.