The West Lothian coast of the Firth of Forth

Today we took a trip into West Lothian. We had lunch in the open air section of the Rouken Glen Garden Centre. After lunch we wandered along the path through the allotments, where lots of the pretty orange hawkweed (which is often called fox and cubs) grows

We then went up to Blackness Castle, which is only open if you have booked in advance. 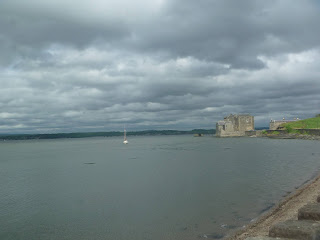 However we were only interested in walking around along the shore 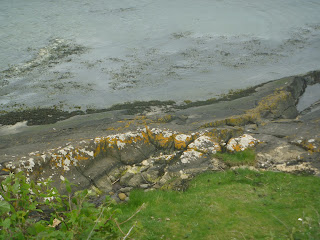 and up the hill.

It was very windy, which judging from the shape of the hawthorn tree below, is the usual type of weather for the area. 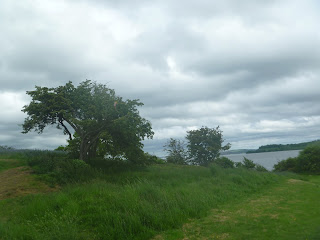 There were quite a few swallows and house martins flying around, which is always nice to see but I don't even try to capture them on film as they're so speedy!

Hello,
Beautiful photos, looks like a lovely spot for a walk.
Have a great day and a happy weekend!