The Larch tree and other things in the Dells

If you've been reading this blog for a while, you may remember that back in 2014 I studied a larch tree in Craiglockart Dell for Tree Following. You can see from this post how I recorded the development of the flower into a cone over the course of a year, and in March this year I photographed a larch flower at an earlier stage than I'd ever been able to before. I feel as though I know this larch tree pretty well, so was quite sad to see this last week 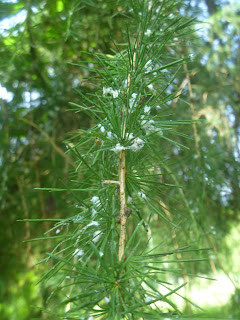 the larch tree is covered in a white messy substance. When I showed the photo to Crafty Green Boyfriend he guessed it might be some sort of moth but someone from the Edinburgh Natural History Society's Facebook group said it is caused by wool aphids, which don't harm the tree to any serious extent, though they do make it look weird.

Sure enough this week I saw the aphids themselves - you can see them hanging from the branch in the centre of the photo below with more of the white stuff on the right. 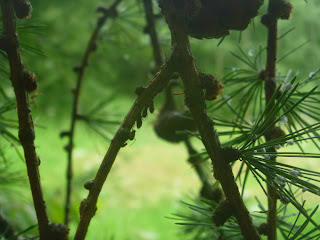 Hopefully the larch ladybirds which are supposed to be active at the moment will come along and eat these aphids, though I saw no sign of any types of ladybird today. 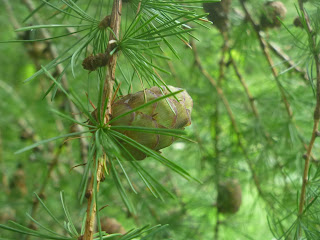 Meanwhile in the orchard / meadow area near Redhall Walled Garden, a couple of common spotted orchids are in bloom, 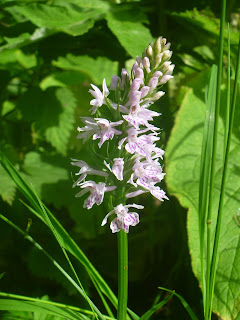 they can be quite elusive here, even though in the meadow at the other end of the Dells they are regularly present in large number.

The lime (linden) trees are also in bloom and smell wonderful 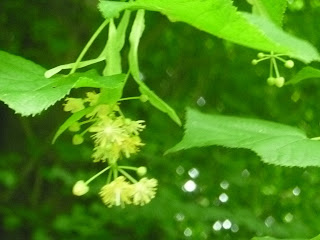 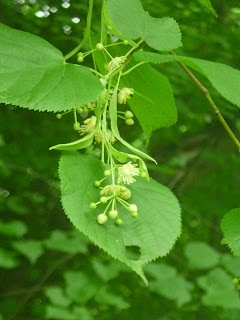 I was delighted to see a Leucozonia glaucia hoverfly (a species which is rarely seen in Edinburgh except here, by me). I like the shadows in this photo too. 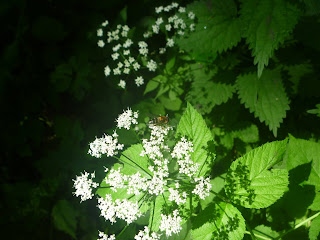 Also I was pleased to be able to capture this distinctive looking wasp on film, it was very active, 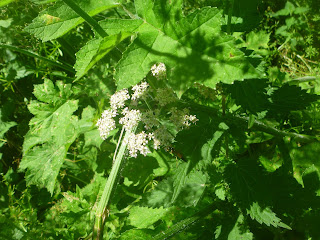 I think it's Haemorrhoicus crassigena but am waiting for confirmation on that. 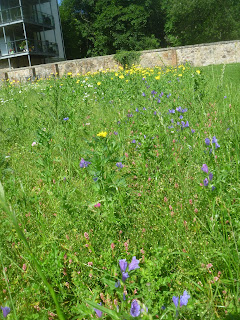 Email ThisBlogThis!Share to TwitterShare to FacebookShare to Pinterest
Thinking about: nature diary, summer, Water of Leith

I feel so sorry that the season has almost gone here

I love our parks. The wildflowers are beautiful. I hope the tree survives, the ladybugs do their job. Wishing you a happy day and a great new week!