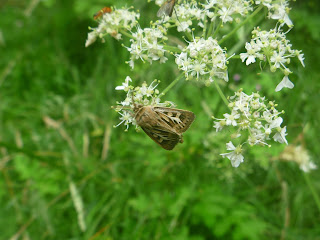 
Scotland has some wonderful nature, beautiful landscapes with a variety of interesting wildlife habitats and great variety of animals and plants living here.

But nature here, as it is everywhere is under threat from climate change, habitat destruction, pollution and a whole host of other issues, including in Scotland, the threat of losing large parts of our environmental protections when we leave the European Union. (You can read about how the EU helps nature in my post on the topic here).

37 environmental charities from across Scotland have come together to ‘Fight for Scotland’s Nature’ and gather support for a Scottish Environment Act. They are currently asking people across Scotland to contact Nicola Sturgeon, the First Minister of the Scottish Government to tell her why they think Scotland's nature is important. The prime method they're asking people to use seems to be Twitter (which is great, if you're on Twitter!), though if you're not on Twitter I'm sure an email to Ms Sturgeon or a letter would work just as well, though not so publicly. You can find out more about how to contact the first minister on her website.

I tweeted the First Minister earlier today from my Crafty Green Poet account and from my second account. I had wanted to embed the tweets in this blogpost but technology failed me so you'll just need to hop over to Twitter to see them!

The idea of the campaign is to get as many people in Scotland as possible tweeting the First Minister with reasons why they love nature. So if you're in Scotland and on Twitter, please consider joining in!

There are some large wildfires in Siberia, Alaska and Canada producing record amounts of air pollution according to news reports. Hopefully Scotland not at risk.