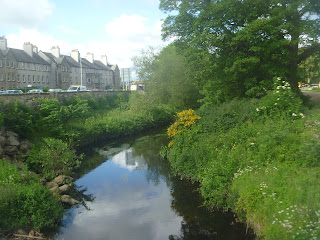 This morning I took a break from reviewing the Edinburgh International Film Festival to stroll round Saughton Park, alongside the Water of Leith. The park which recently received funding from the Big Lottery Fund to restore its historical features and had been closed for a while but is now open to the public again. The bandstand looks nice in its new position in the centre of the Walled Garden - seein in the background of this photo of the Physic Garden 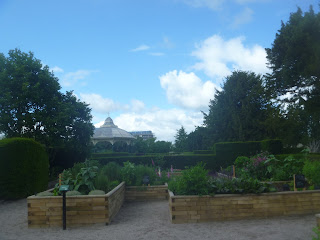 It was quite a cool, windy morning but there were plenty of bees in the flower borders, including buff and white tailed bumblebees (I struggle to tell the difference between these two common and very similar species) 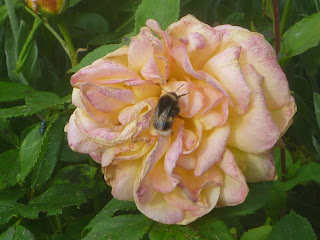 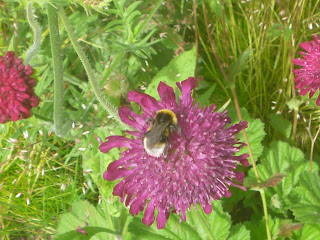 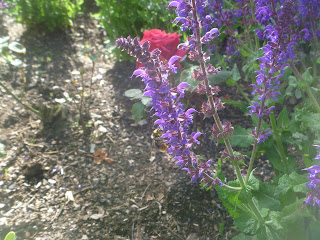 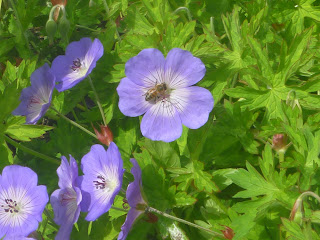 there were also common carder bees and tree bumble bees but they didn't want to be photographed. There were several seven spot ladybirds 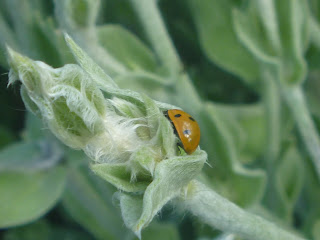 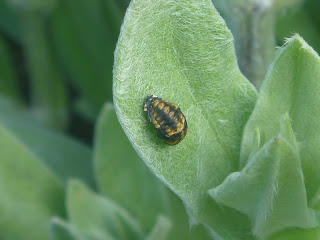 and a few hoverflies which were too fast to get decent photos.....

The wild flower verges are all looking lovely just now 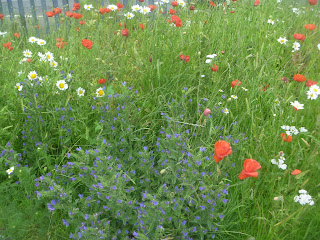 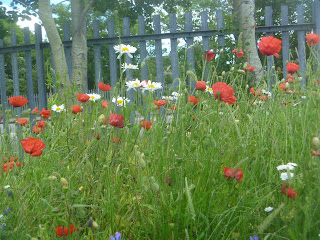 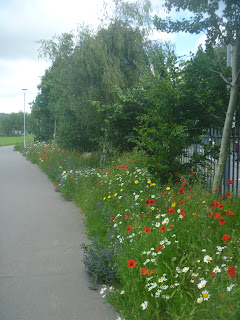 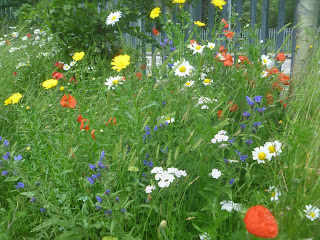 There were a good number of birds around including swifts, house martins, a goldcrest, song thrushes and blackbirds.

I enjoyed seeing all of your photographs.
The wild flower verges are so colourful.

It is beautiful! Those lady beetle larvae are so strange. I had to look them up once-upon-a-time. They are so unusual!