Saughton Park and the Water of Leith

We had hoped today to join the Friends of Saughton Park for a tree planting session in the park, but it was cancelled (I think due to the ground being too icy to plant trees). But we had heard that waxwings had been seen around Saughton Park in the past couple of days so we decided to visit the park today anyway. It was incredibly cold but we had a lovely walk. The park does look very wintry at the moment 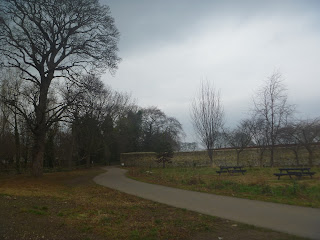 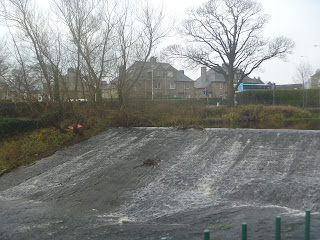 We watched a moorhen climb all the way up this weir  though we couldn't capture this on film! 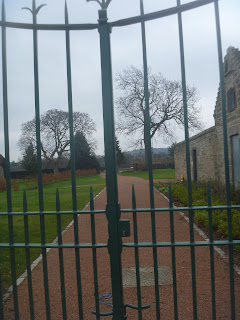 We didn't see any waxwings in the park and many of the berries trees in the park were empty of berries indicating that the waxwings have probably already been and gone and eaten everything they can.

After we had walked through the park we continued along the Water of Leith Walkway up to the Balgreen Community Garden, which was recently created and looks very nice 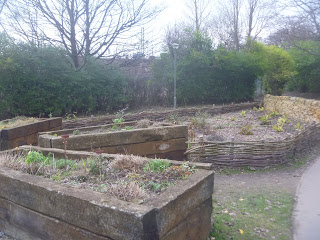 Just next to the community garden is a birch tree which has a lot of witches brooms in it (these are strange growths caused by parasites, often viruses or wasps) 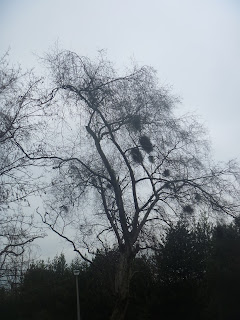 We continued our walk along the river to Roseburn - still no waxwings but we were delighted by the glorious sight of a kingfisher dashing past us upstream. Here a lovely bench has been created, probably from one of the trees that was sadly cut down to make way for the flood prevention works along the river 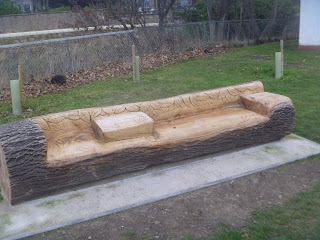 We then left the river and continued our walk ending up at Dalry cemetery, hoping there might be waxwings here, but no luck again though it is a nice cemetery to walk round 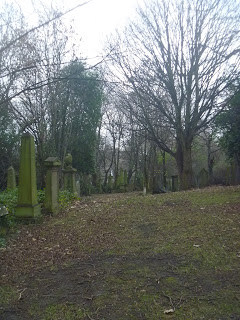 Email ThisBlogThis!Share to TwitterShare to FacebookShare to Pinterest
Thinking about: In and around Edinburgh, nature diary, photos, Water of Leith, winter

Yes, the park does look very wintry at the moment … but it's always nice to get out and about!