Is Princes Street Gardens a Public Green Space or a Venue for Private Parties?

I remember the days when on Christmas Day you could walk through Edinburgh's Princes Street Gardens and enjoy the peace and quiet of this lovely city centre green space.

Those days are long gone and seem never to return. Yesterday at least the council deigned to let people into the gardens so we could admire the views of Edinburgh Castle 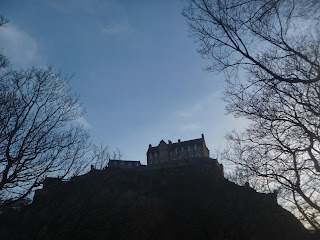 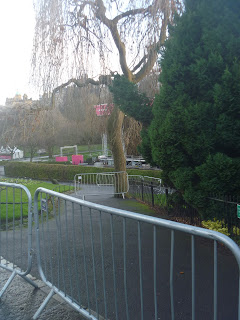 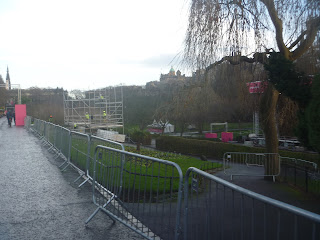 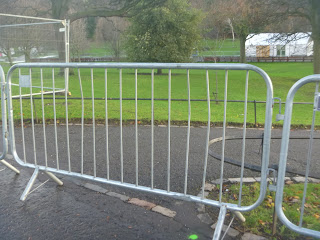 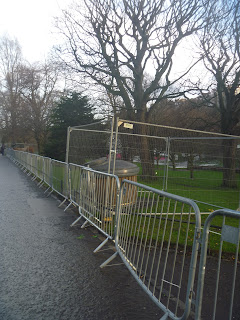 These not only restrict our passage round the city centre's major public green space but they ruin the asthetic appeal of the gardens.

Why is this happening? Well this week it's because they're preparing for Edinburgh's Hogmanay concert, which costs a mere £65 for a ticket if you want to watch from inside the gardens (and access to surrounding streets has for years been ticketed too during the time of the concert). The gardens will be entirely shut to public access from at least Christmas Day to the beginning of January. 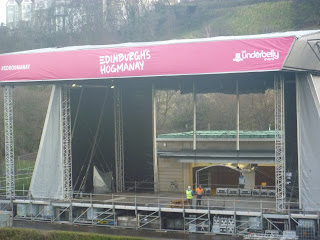 These days Edinburgh's festivals all seem to be organised by the all powerful Underbelly. And Princes Street Gardens are cordoned off or shut entirely for large periods of time during every festival. So that means for significant portions of the year we don't have access to the only large public green space in the city centre.

There's a lot of anger around in Edinburgh these days about overtourism with our tourism chief accusing the city of hating tourists and suggesting that Disneyfication of Edinburgh wouldn't be a bad thing, thus overlooking the fact that Disneyland is a tourist venue and Edinburgh is a city where people live.

We don't hate tourists anyway, we just want the tourist attractions not to swamp the streets and parks so that we all, tourists and residents alike can move freely around Princes Street Gardens, in the same way that this squirrel can. 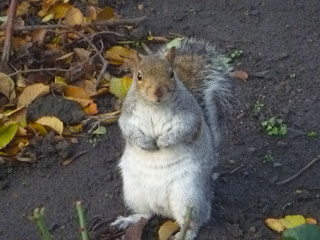 Crafted by Crafty Green Poet at 10:32 am

Email ThisBlogThis!Share to TwitterShare to FacebookShare to Pinterest
Thinking about: In and around Edinburgh, photos

May the loudest and best organized and most focused voices carry the day there....

__ I like this squirrel, posing for the camera person and seemingly questioning: "Will this pathway lead me to the nut-trees?"

__ Nifty garden photos... the gated pathways, an attempt to keep away they those that may defile?
_m

It's not easy to get the balance right!!!

Its high time public space was returned to the folk of Edinburgh(citizens and tourists) and away from the barrier builders and corporate entertainment interests!