Birds of the Christmas Season

We've seen lots of lovely birds over the last few days, starting with over 100 waxwings flying around Fountainbridge near where we live. Waxwings are native to Scandanavia but often in the winter flocks of them will visit the northern parts of the UK for our milder climate and supplies of berries for them to eat. Waxwings also seem constantly to be on the move, and these we saw on Christmas Day were no different, so we couldn't catch them on camera but it was lovely to see them swirling across the sky, sometimes landing in the rowan trees and sometimes on the roofs.

On Boxing Day we went to Inverleith Park where we saw the water rail. Water rails have the reputation of being shy elusive birds that like to hide in the reeds but this water rail has obviously not read the rule book 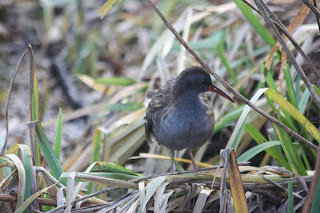 We then walked home via Princes Street Gardens which was partially open so we were able to see the small flock of redwings that were feeding on the rowan trees. Like waxwings, redwings come over in the winter from Scandanavia, but unlike waxwings they're in the thrush family and are recognised by the red underneath their wings. In this photo the bird looks quite pink, due to the pink lighting in that area of the gardens 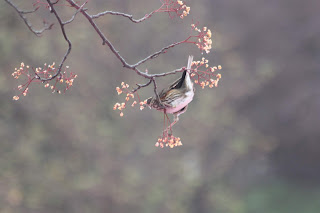 Today we visited Cammo Country Park, where although large parts of the area seemed to have few birds around, we found lots of small birds around the canal and managed to get photos of some of them including this robin 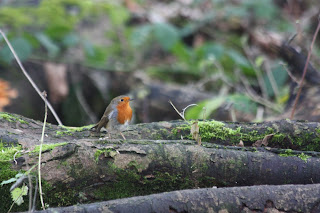 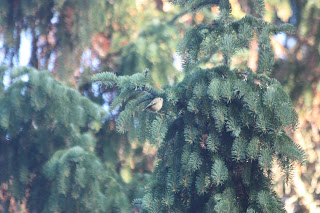 and this treecreeper - which is very well camoflaged - can you see it? 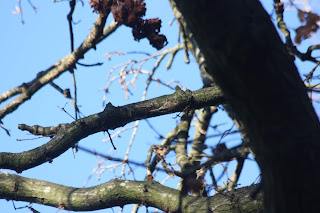 Wonderful sightings and photos. I love the Rail and the Robin!

Happy Saturday, enjoy your day and weekend! I wish you all the best in 2019 Happy New year to you and your family!

We are in the midst of the snow geese and trumpeter swans time here. Great flocks wintering and feeding in the agricultural fields.

Lovely to see these five photographs.
Have a great weekend and early wishes for a Happy 2019.

Love that little Goldcrest!we don't get those but waxwings are one my local favorites.100 is quite a flock.