Fracking is a method of extracting natural gas from underground. It involves drilling to depths of around 3km and pumping vast amounts of water (over 140, 000 gallons of water a day) and toxic chemicals under high pressure into the borehole to open up fractures and make it easier to extract the gas.

Fracking is hugely controversial, not least for the fact that it uses water that otherwise would be used for drinking water or for irrigating crops. In addition, waste water from fracking often finds its way back into the water supply, causing potential health problems.

In California, fracking is exacerbating the extreme drought that the state is currently experiencing (you can read more about this in the Desmog blog).

The UK Government plans to allow fracking companies to drill under people's land without their permission (and yes that means they could drill under your house and you couldn't stop them).

This weekend sees Global Frackdown, a weekend of activism across the world to send a message to elected officials across the globe that we want a future powered by clean, renewable energy — not dirty, polluting fossil fuels. You can find out what's happening in your area here and Friends of the Earth UK events are listed here. 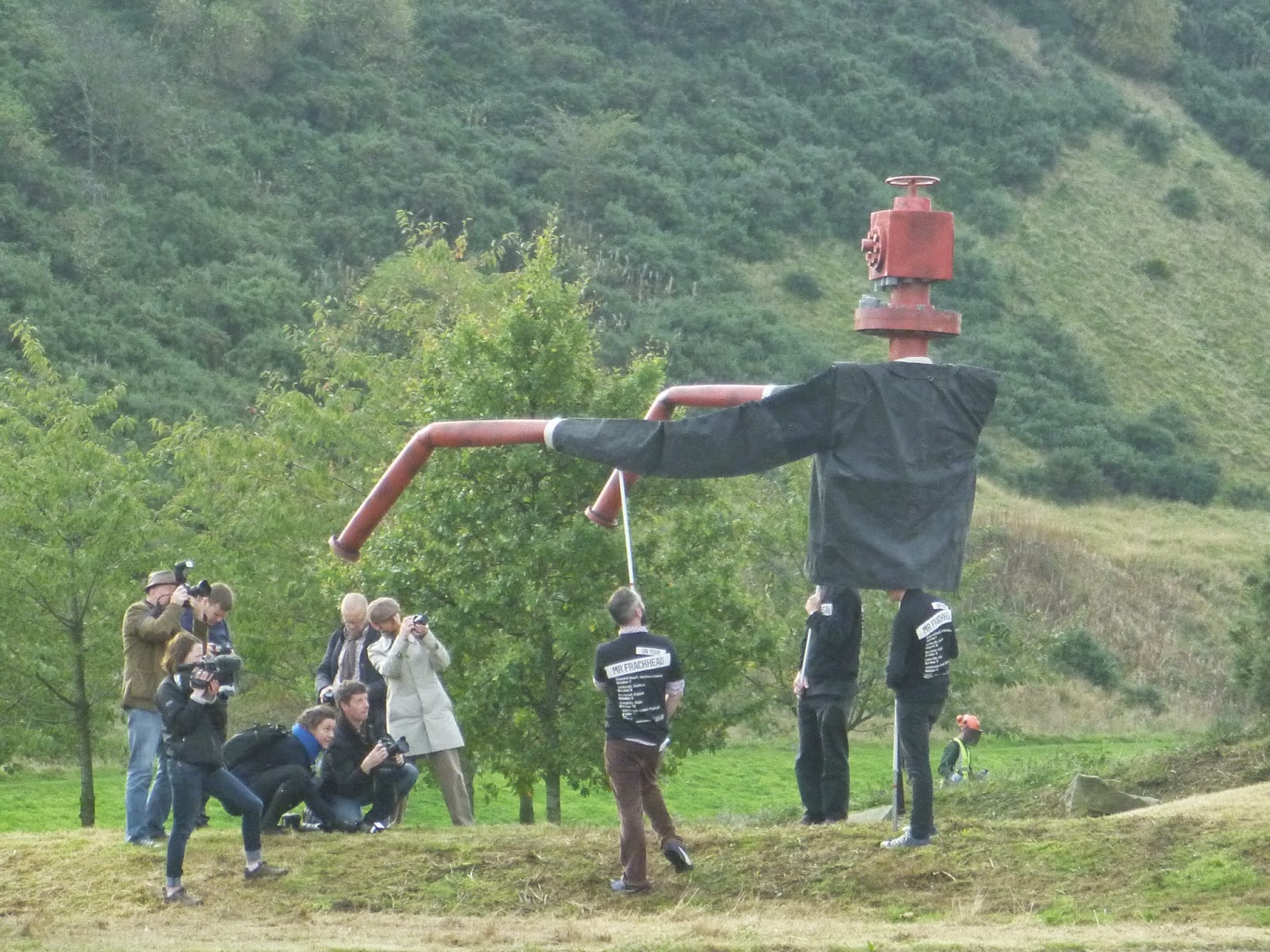 and here he is getting ready to address Scottish politicians, members of Friends of the Earth and the general public. 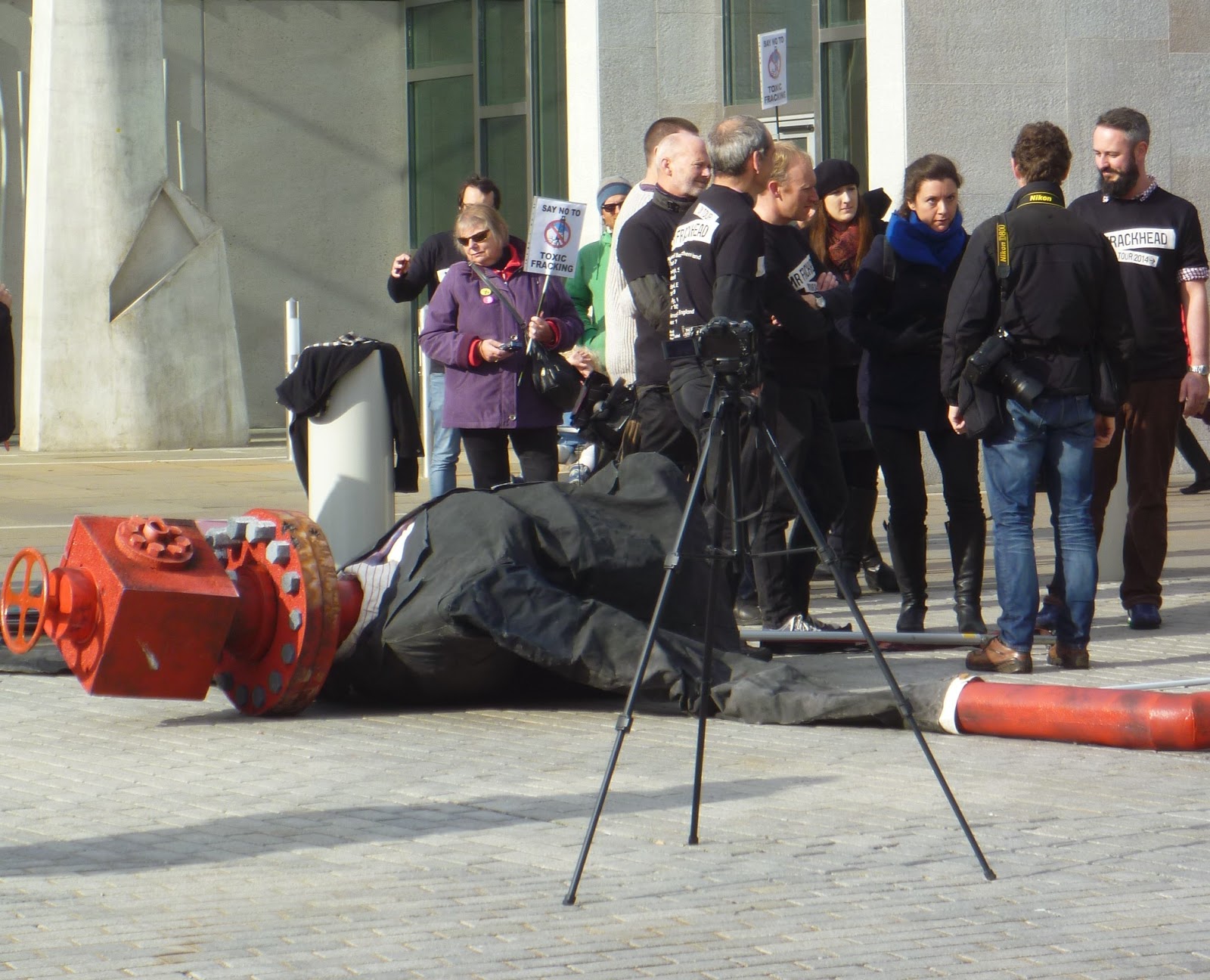 Friends of the Earth Scotland have put together a brief information sheet about the dangers of fracking and other unconventional sources of fossil fuels, you can read it here.

If you are in Scotland you can demand the Scottish Government ban fracking now!

Breast Cancer Action have information on fracking and cancer here.

our northern zone of texas has experienced several earthquakes that have been relatively unheard of before - and they've tied it to the fracking that has been taking place. i think it is a dangerous process and can easily leak into water systems.

I hope you can stop it -- Tex said what I was thinking and better than I could because she lives there.

Here in the Dakotas they load the oil from fracking into 100 car oil trains and haul them to our west coast refineries - right through Seattle, along the Columbia River, and through numerous towns where the tracks block streets. There is strong opposition to these trains, and also extreme pressure to be sure all agencies are well prepared for any problem - which there will be sometime!

Everybody who cares needs to contribute, help, notify elected, and such.

TexWisGirl - yes the earthquakes are another concern about fracking

Sallie- I hope we can stop it too, it's a really worryinf technological development for many reasons

Rabbits Guy - the trains are a major concerno too, like the trains carrying nuclear waste and yes everyone needs to contribute and protest...