The Running Sky by Tim Dee 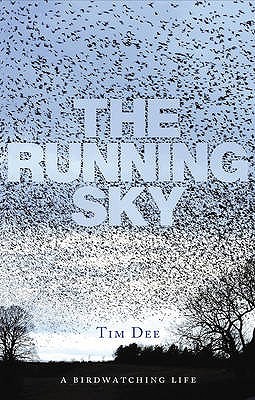 The Running Sky records a lifetime of looking at birds, organised into a bird's year from one summer to the next. Dee maps his own observations and encounters over four decades, from watching storm petrels on the island of Mousa in Shetland (a trip I've made twice and can recommend to anyone who loves birds) to exploring the variety of birds in Zambia.

There are explorations of the nightingale's song and how the birdlife of the English city of Bristol has changed over his lifetime, plus musings about birds in literature. The writing is often beautiful and thoughtful:

"[The jackdaws'] genius for riding the air seems to show its shape; pockets and waves and channels and funnels; but as I peer at them, the wind watering my eyes, I find myself marvelling at their irreducible and specific marking of the sky at that moment. If you try and empty your head and open your eyes and just watch the birds, you see they are not a metaphor for anything..."

I had a real problem with the January chapter that focussed on a very large collection of dead birds and eggs that had been collected by someone in Zambia. This was presented entirely without context and although it was obvious that most of the collection was historical (and therefore useful for scientific study without being currently problematic, as of course attitudes were different back then...) it seemed as though the collector was still active in collecting nests and eggs, which fact wasn't commented on. (These days we know this is something we shouldn't do, surely?). Plus, alongside this account was a narrative about a current scientific study of birds nests, which didn't entirely dispel the sense that these nests were being raided to study the eggs. This section desperately needed a statement about the importance of not collecting nests or eggs.

The Running Sky by Tim Dee published (2009) by Jonathon Cape

Crafted by Crafty Green Poet at 9:19 am

Sounds like a wonderful context for a book. Sorry that there were parts with gaps.