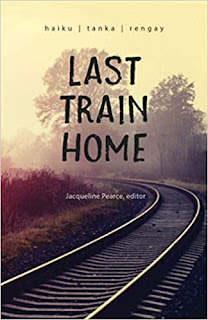 I have a family connection with trains, my great grandfather, Mr Train was a station master (his son Mr Train junior then went on to marry a young woman called Miss Driver. Thankfully they didn't choose to double barrel their name!).

I also enjoy travelling by train, it's eco-friendly and offers the chance to look at the scenery while travelling from place to place.

So I'm delighted to have haiku in The Last Train Home, a selection of haiku about trains, edited by Jacquie Pearce. You can buy the book here.

I'm also delighted to be part of the virtual train tour that is happening to celebrate the launch of this book. You can read the first stop in the tour here on Jacquie's blog.

Given the current pandemic, I haven't actually been on a train for quite a while. So the closest I've got is visiting the mural at Colinton Tunnel. Colinton Tunnel is located on what used to be a railway line between Edinburgh City and Colinton village, though now it is a cycle path and walkway along the Water of Leith.

The mural has been created by local artists and community groups over the past year or so and features scenes from the life and work of Robert Louis Stevenson, who had childhood connections with the area. You can find out more about the mural here.

Here are some of the trains in the mural 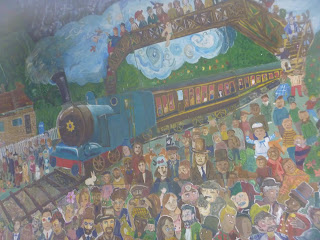 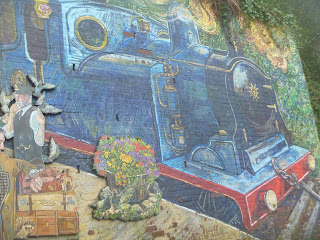 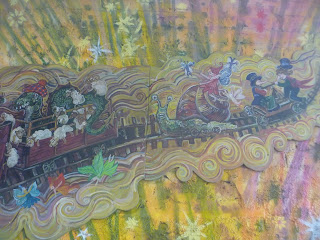 You can read more posts on the virtual train tour by following the links below:

All Aboard on Julie Anne Thorndyke's blog

Crafted by Crafty Green Poet at 7:45 am

I love trains--and Scottish trains are a convient way to see the country! This book sounds interesting. I never thought of writing haiku about trains.

Congratulations on being part of this train anthology, CGP. Such a great project! One of my cherished anthologies is 'Marigolds grow wild on Platforms' edited by Peggy Poole.

I do enjoy travelling by train, but haven't been on one for sometime now...
I enjoyed seeing the mural.