As many readers of this blog will know I am particularly interested in hoverflies, that group of flies that mimic bees, wasps and other stinging insects. Hoverflies cannot sting or bite and there are around 250 species in the UK alone.

We are currently limited, due to COVID_19 lockdown restrictions to walks in the immediate local area. For us that means a local park and two local cemeteries. We're finding that these areas are great wildlife habitats, offering an interesting and often surprising variety of birds and insects.

I blogged on Saturday about the interesting intereactions between two species of solitary bees and a bee fly in the local park.

Today I thought I'd share some photos of some of the hoverflies we've seen in the cemeteries:

There are several species of Syrphus hoverfly which are so similar that you need to be a real expert to tell them apart. These are some of the most common hoverflies in the UK (there were probably a hundred of these hoverflies hovering around one single tree in one of the cemeteries today). This is a typical Syrphus: 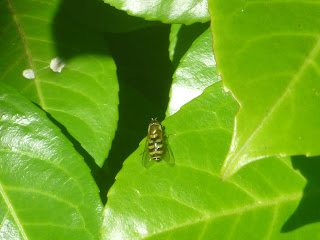 Another very common group of hoverflies, again one which includes a number of species that are very difficult to tell apart is Eristalis (sometimes called the drone fly, given its similarity to male bees (drones)): 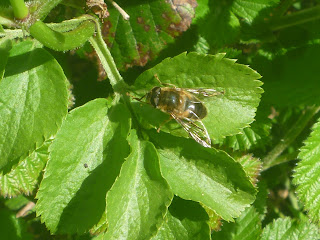 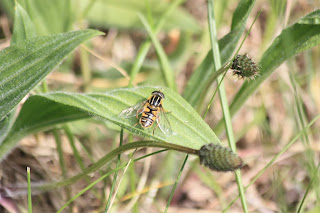 Another very distinctive hoverfly is Epistrophe eligans (though apparently it can be quite variable in appearance). I had never seen this hoverfly species before this year and now we're finding there are a good number of them in both the cemeteries we visit: 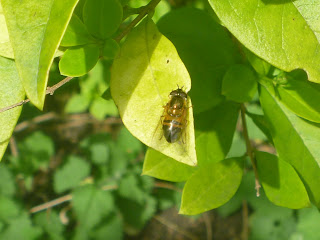 Another hoverfly that I had never seen before this year is this Pipiza species, unusual in being very plain and dark: 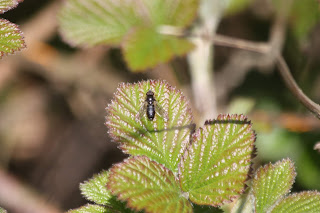 And finally here is a bumble bee mimic, Eristalis intricaria: 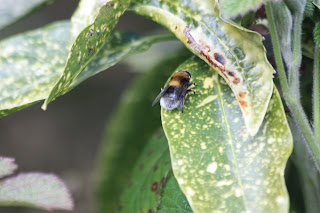 So you can see just from this small selection that there's a great variety of hoverflies!

If you're interested in finding out about UK hoverflies there are three good identification resources:

The UK Hoverfly Facebook group is an invaluable resource, a very friendly group who are keen to welcome newcomers and help you to identify the hoverflies you've seen.

The pine hoverfly is a very rare species of hoverfly, found in the UK only in the Cairngorms. The Royal Zoological Society of Scotland are involved in conserving this species and you can find out more about their work in this short video.

**
On a different topic, I'm delighted to have a feature in the forthcoming Made at Home book, a collection of creative projects made under lockdown and raising funds for the homelessness charity CRISIS. The crowdfunder has already raised enough for the book to be produced, but is still open and you can donate or preorder a copy of the book here.

They are fantastic to look at, they also close-up too, they are not at affraid of humans. I love them.