The Wren: A Biography by Stephen Moss 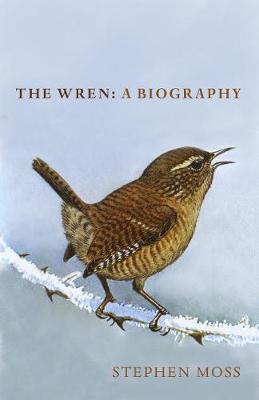 The European wren is the commonest bird in the UK, but its tiny size and skulking habits mean that many people have never seen one (on the other hand its loud voice and persistant song means that most people have probably heard one even if they aren't aware of that fact).

Stephen Moss here presents us with an insightful look into the year in the life of a European wren including the fact that the male wren will construct several nests at the start of the breeding season for the female to check over so she can choose the best place to bring up their young. On the other hand, wrens have been known to take over nests built by other species, whether this is in cases of the female despairing of the male's nest building capabilities isn't documented!

The book also includes notes about the evolution of the wren family  - the first wrens were found in what is now America and spread across the globe from there - with there being a number of subspecies of the European wren living in the British Isles, including most famously the St Kilda wren, found only on the remote islands of St Kilda far to the north of the British mainland. Plus details about the wren's place in folklore and tradition.

Crammed with beautiful illustrations and written in an engaging manner this is a lovely book for anyone who loves nature and wants to find out more about this appealing little bird. You certainly won't want to overlook the wren once you've finished reading this!

The Wren: A Biography by Stephen Moss, published by Square Peg (2018).
Crafted by Crafty Green Poet at 1:02 pm