Crafty Green Boyfriend and I have been out and about as much as possible and here are some of the highlights that we've seen from the second 6 days of the time (I've also tweeted every day since Christmas Day about #12DaysWild. and blogged about the first six days here).

We visited Cammo Country Park, which is always a lovely place to visit. 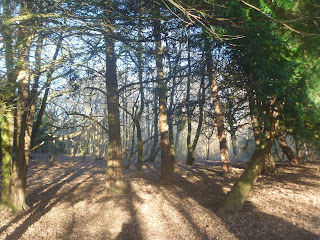 It is currently having money invested in it, improving paths and working on some of the old historic buildings in the park so that visitors can understand the park's history better. 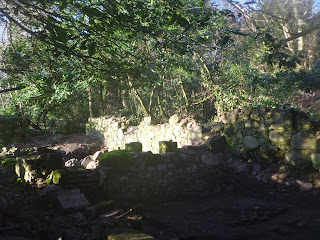 One of the reasons that money is been spent on the park in this way is because the council realises that it may become a lot busier in the future as it will be surrounded by houses, work is just now starting in some of the surrounding fields 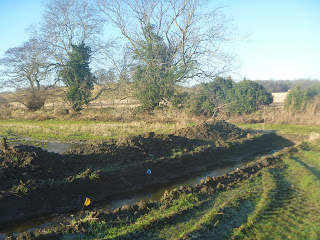 People obviously need places to live, but so do wild animals and birds and the loss of these fields will hit the local wildlife hard.

We also had a walk round Hunter's Bog on Arthur's Seat 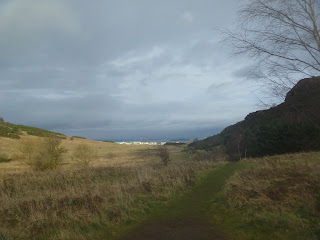 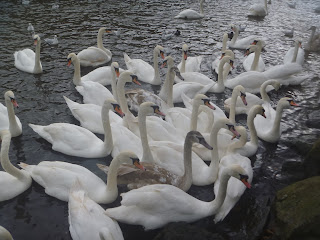 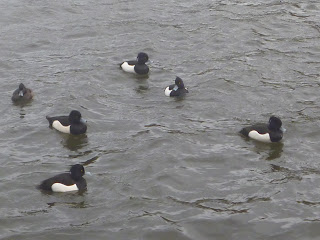 and an unusual goose (probably a leucistic greylag). This goose shuns the other greylags and tends to stay with the swans. it even has it's own Twitter account @TheHolyroodSwan, though tweets are very infrequent. 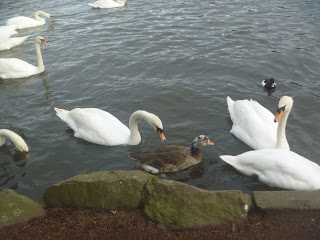 We also walked along the canal where we were amused to see moorhens in the trees (they're much more usually seen on the canal itself). 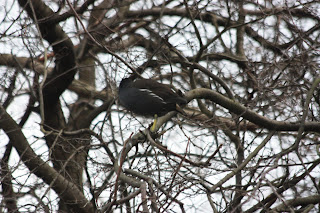 I think I managed to get out most days in that period, a lot of mud!

I enjoy the walks outdoors with nature. Wonderful collection of photos from your walks. I enjoy seeing the swans. Happy New year! Wishing you a happy day!