Being a Beast by Charles Foster 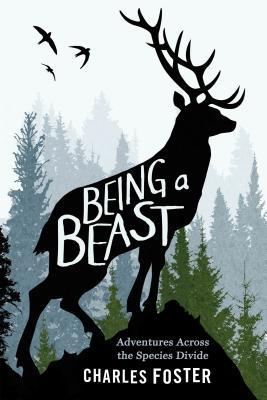 Charles Foster decided to spend time living as closely with wild animals as possible to find out how it would really feel like to be a badger, a fox, an otter, a red deer and a swift.

He lives in the woods and eats earthworms pretending to be a badger, he immerses himself in rivers pretending to be an otter, he hunts through rubbish bins in search of food as an urban fox does. He wants to get away from anthropomorphising animals, but inevitably his experiences are still human and his version of animal experience remains very much filtered through human eyes. He remains a human pretending to be an animal. He seems to have no awareness that an otter sprainting (defecating) on a stone by a flowing river is an entirely different thing than a human pooing on a stone by a flowing river. Whatever happened to the philosophy of Leave No Trace?

He doesn't even like otters, a fact which he reiterates several times, which clearly biases his views about their lifestyle. Plus it is of course impossible for any human to get at all close to the lifestyle of a swift, a bird that remains airborne most of its life and only lands to lay eggs and bring up its offspring. So the chapter about swifts is hardly anything about trying to be a swift.

This is a fascinating book but an infuriating one. The writing is often beautiful and interesting:

'The walls of our sett writhed around me... The earth twisted and fumbled and scrabbled and sprouted and spurted. A worm fell into my mouth. A badger would have welcomes it as a pasha on his couch welcomes a grape dropped by a slave, even though the worm is probably made of the badger's dead grandmother, entomed in the sett wall. I gagged quietly and went back to sleep with my face buried in the bracken bedding.'

But the very beauty and complexity of the writing acts as another barrier between us humans and the animals and makes Foster's experiences less authentically animal and even more eccentric human intellectual exploring the world. Not that there's anything wrong with that, but let's not pretend this helps us get into what it would really feel like to be a badger, an otter, a fox, a red deer or a swift. It just gives us a closer human eye's view of their lives.

Being a Beast by Charles Foster, published by Profile Books (2016)

Thanks for the review.

I love how objective and critical your review is. Whilst admiring the beauty of the language you also have harsh words for the author for his attitude towards nature. Thanks.

Thanks for your comments Jan and Cuban

Thanks for reading Charles