Autumnal Colour in the Dells

Today is the last day of our staycation, but I persuaded Crafty Green Boyfriend to come along with me to patrol the Dells along the Water of Leith, which I do almost every week. (It's a lovely place for a walk so he didn't need that much persuasion.)

The autumn colours are starting to come through beautifully 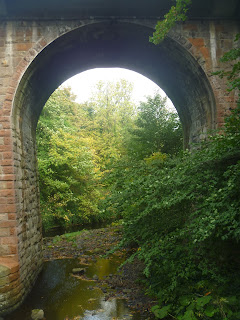 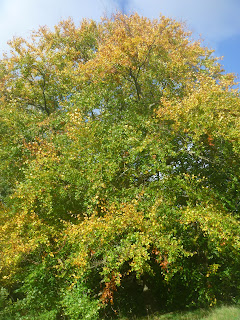 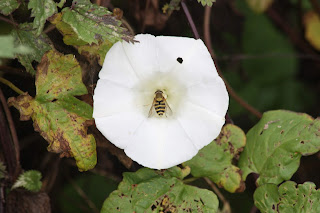 and this Syrphus sp on ivy which is a great food source for hoverflies and other pollinators late in the season (which is a good argument for not removing ivy!) 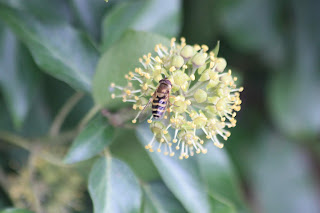 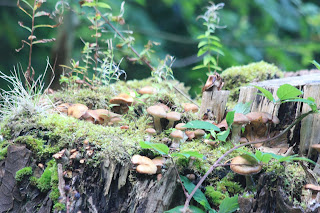 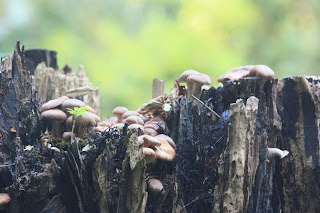 Plenty of birds around too, though mostly they were camera shy.

Crafty Green Boyfriend took the fungi photos in this post.

Hello, love the cute mushrooms. Lovely series of photos. Enjoy your day and week ahead!

Lovely archway! The big white funnel of the bindweed funnel is indeed an ideal backdrop, highlight colour in the subject, and makes it easier to focus on.

Yes, the autumn colours are really starting to come through beautifully, lovely photographs.