Along the Union Canal

It was a lovely day yesterday and we continued our staycation with a walk along the Union Canal through Edinburgh walking from Harrison Park to the point where the canal crosses the Water of Leith.

Harrison Park has some lovely wildflower borders these days 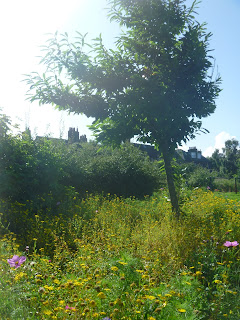 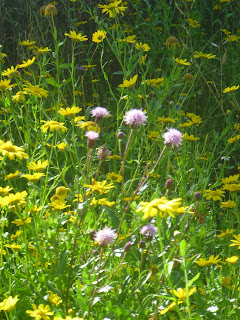 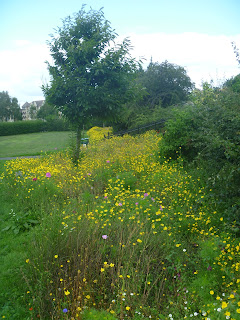 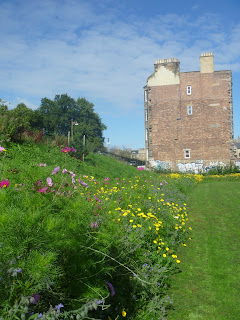 which are popular with hoverflies like this Syrphus sp 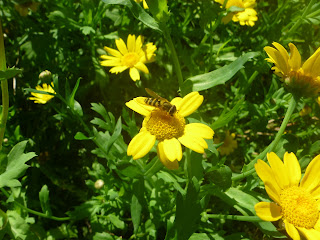 Harrison Park sits next to the canal and we continued our walk along the waterway. 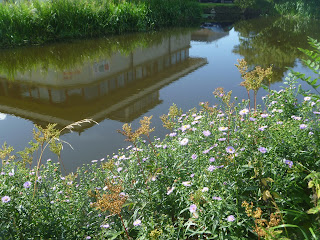 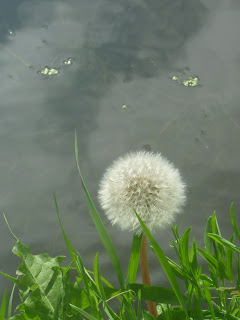 Many plants are starting to seed, like the dandelion above and the thistles below 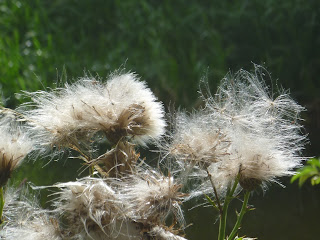 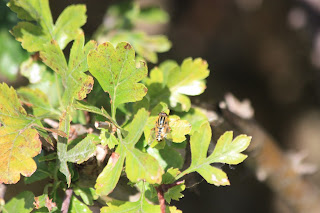 and this pied hoverfly (Scaeva pyrastri, I think) 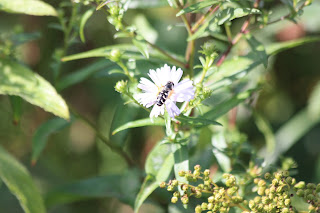 The hedgerow where the pied hoverfly was resting was full of house sparrows. House sparrows are declining across the UK and this area along the canal has always been a stronghold for them, though over the past couple of years there have been fewer than normal. Yesterday though there were more sparrows than we've seen for years, they've obviously had a successful breeding season! They're lovely, sociable birds. 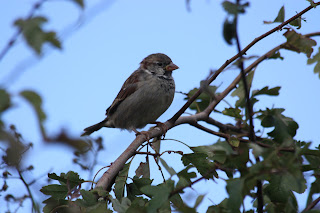 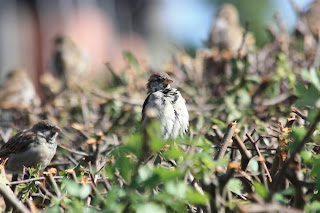 Crafted by Crafty Green Poet at 10:43 am

I enjoy your UK canals. They are so different for me! Lovely.

So many pretty flowers! Are your days getting cooler? Whenever I am outdoors The sparrows seem to be around. I love that.

Hi Sandy, today has been the hottest day of the year here I think.....

It's great to walk along by the canal ... lovely to see all of your photographs.