Today on the Hill

As I often do on a Friday I joined Crafty Green Boyfriend for a lunchtime walk round Corstorphine Hill. There was plenty to see today, including these - at this stage it might not be obvious what it is 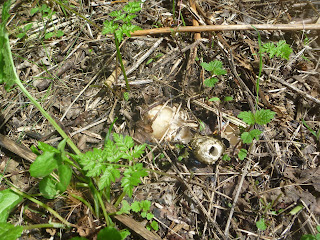 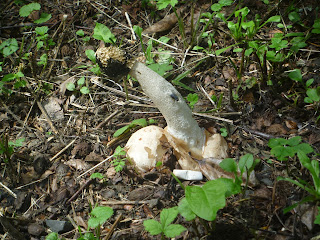 it's a stinkhorn fungus! These smelly fungi really attract the flies as you can see from the photos. I haven't seen them up the hill before and these ones didn't smell as bad as the previous ones I've discovered.

I was delighted to be able to capture some of the insect life on camera, including this lovely pellucid hoverfly (Volucella pellucens), one of the most appealing and easily recognised of the 250 species of hoverfly in the UK 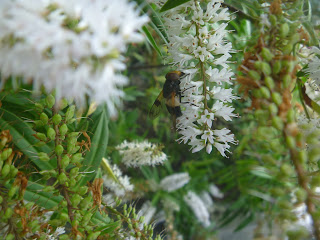 I was very happy that this antler moth stayed still for a photo, it has lovely, distinctive markings (which made it easy to identify compared to many small moths!). There were also plenty of those little red soldier beetles on the ragwort too. 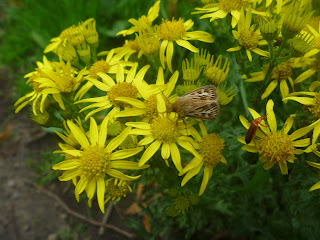 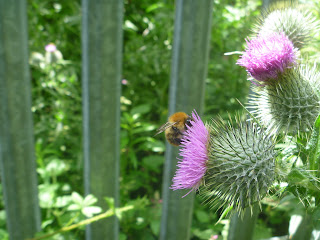 At this time of the year many plants are coming into seeds, many of the seed pods and such like are as attractive as the flowers (though rarely as colourful). The seed heads of the red campion are always one of my favourites, they look like miniature pepper pots, 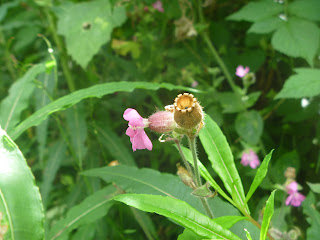 Hello, the fungus is neat looking. I love the flowers. Happy Friday, enjoy your weekend!

Quite a bit of growth is now "going to seed!" ... some happy seed-eating birds!