Today Crafty Green Boyfriend and I joined his brother and their mother on a trip to Beecraigs Country Park in West Lothian. This was the first time we had visited this park.

It's a lovely place with a reservoir 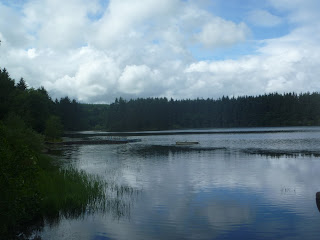 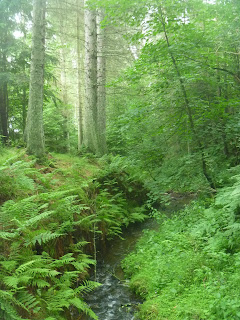 an Animal Attraction, that includes red deer, cattle and sheep 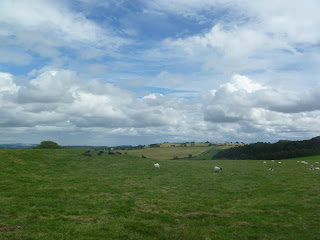 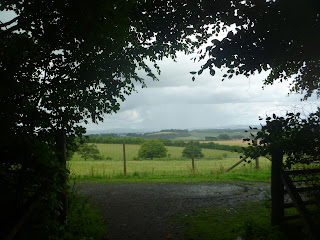 There's plenty to see including damselflies that were too speedy to be captured on film and hoverflies, like this Sericomyia silentis 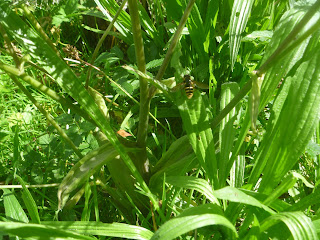 The reservoir was started in 1913 and despite having a sometimes difficult history supplied water to the local area until 1972, since when it has been a fishing reservoir and the centrepiece of the country park. 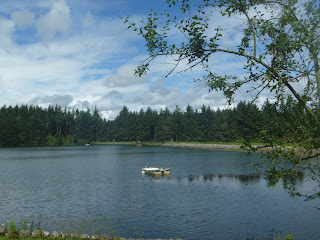 Several grey wagtails were flying round catching insects near this stony bank of the reservoir, it looked like there were two familes feeding their young, though the birds were too quick to be caught on camera 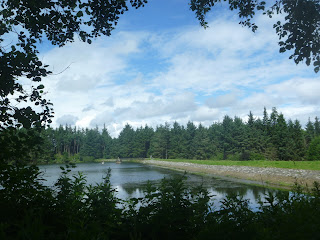 One of the highlights was seeing goldcrests (the smallest British bird) feeding their young! Hopefully Crafty Green Boyfriend has some photos of those on his camera and I'll be able to share those in the next few days!

Look at that beautiful woodland!

Hello, looks like a lovely park. The water must attract a lot of wildlife.
Happy Monday, enjoy your new week!

Wow, Juliet, what lovely photos, and I appreciate your comments on them. In viewing this blog today, I feel like I took a short vacation to a garden spot. Thanks.