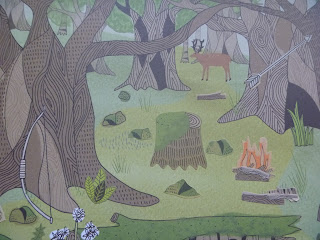 The UK government has given Ineos licences to explore for shale gas across the country. Ineos wants to carry out seismic imaging surveys at various protected locations including Sherwood Forest, the iconic forest famed for its connection to Robin Hood. Seismic imaging surveys would be the first step in determining whether there is shale gas in rocks under the surface, and whether it would be possible or economical to extract it.

Ineos is quoted as saying that this surveying will not include any form of fracking and therefore people shouldn't worry about it, but why would they do the surveys if they didn't hope to find shale gas and if they did find it then why would they not extract it?

Fracking is a controversial technology to say the least and would have lasting damaging effects on the landscape, as well as potentially causing earthquakes and polluting water supplies. We should at the very least make sure that our precious wild places are not opened up even to seismic imaging surveying.


You can read more about the case here and you can join Friends of the Earth's campaign to protect Sherwood Forest from fracking here.

(The picture is a detail from the Sherwood Forest page of the Stickertopia Forest book, which I reviewed here.)
Crafted by Crafty Green Poet at 12:50 pm

Thank you, Juliet, for your faithful efforts to alert us to these key issues. And I love the illustration! I can't believe you see so many bullfinches at once - though we have found Scotland (and Skye in particular) a good location for seeing these lovely birds.