One of the highlights of our trip to Shetland was seeing the puffins at Sumburgh head, an RSPB reserve at the south end of the mainland of Shetland. This is one of the most accessible seabird colony reserves in the UK and the puffins are more than happy to be photographed. Here are just some of the many photos I took of these adorable birds 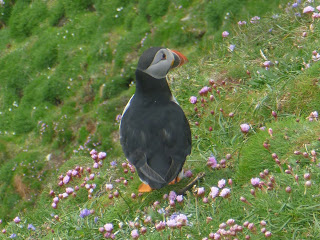 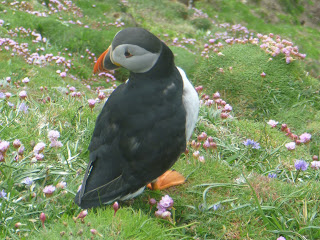 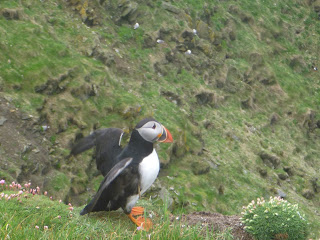 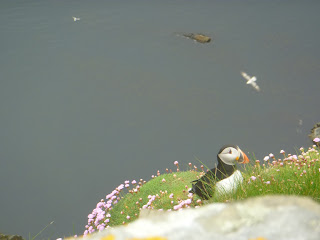 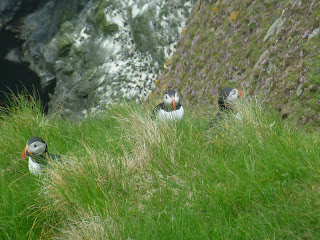 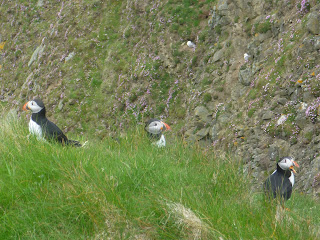 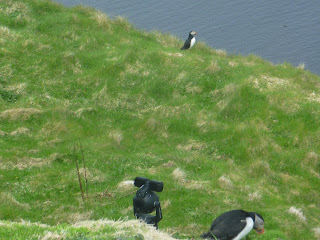 These puffins (above) are hanging out by one of the webcams that are placed round the reserve to let people see puffin action live on the internet. 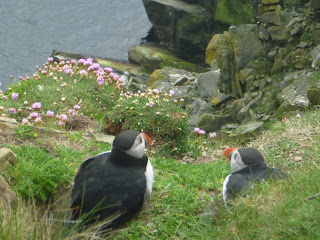 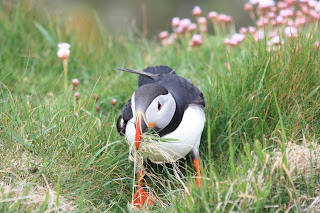 and this lovely photo of one at home in its burrow 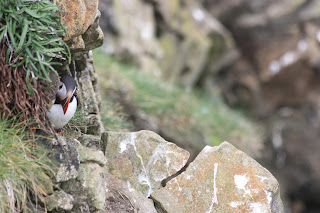 Although the puffins are undoubtedly the stars of the show, there are lots of other birds at Sumburgh Head including guillemots 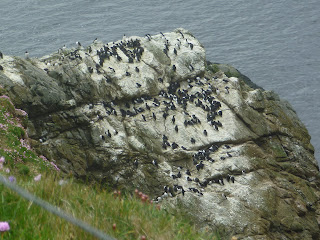 There are lots of birds here, the noise is amazing, but the colonies of most species are much smaller than they would have been 30 or 40 years ago.

I love puffins. They have a lot of character. I know, I know. I'm using a total human trait to describe an animal but they are cute creatures. Thanks.

Hello, great series on the Puffins. They are so cute and comical. Have a happy day and week ahead!

Puffins - just perfect!
You managed to get some great photo's here