World Water Day alongside the Water of Leith

It's World Water Day today, so how better to spend the day than in Colinton Dell, alongside the Water of Leith in Edinburgh. Unfortunately I didn't realise until just now that it was World Water Day, so hadn't taken any photos of the river itself. So here's a photo of Colinton weir taken in August 2013, just to give you an idea of how lovely this river is. 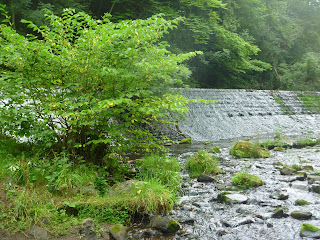 Every week I spend a morning alongside this stretch of river, picking litter from the paths and riverbanks, recording wildlife and chatting to people and their dogs. The Water of Leith, particularly Colinton Dell. is a very important place for wildlife in Edinburgh. Also if the river can be kept clean then less rubbish will ultimately find it's way into the sea. Unfortunately it's an ongoing battle to keep the river litter-free. I don't go into the river to remove rubbish when I'm by myself (for obvious safety-related reasons) but volunteers gather together regularly to remove rubbish from the water. Colinton Dell is not too badly littered but downstream at Leith, where the river joins the Firth of Forth, there is a major litter problem.

Later it clouded over, but this patch of coltsfoot brightened up the day at that stage! I didn't know it was World Water Day either ...
Lovely images, and lovely blue sky.

Litter a bug bear of mine - why do people have to drop it?
It has always annoyed me.

So green and lovely. Love the little wildflowers, too.

Beautiful photos and didn't realize it was world water day

Keep on cleaning up! Thanks.

Very pretty views, the green and the blue sky!