We got a phone call yesterday from Crafty Green Boyfriend's Mom to say that the frogs were starting to get active in her garden ponds. So we went round today to have a look - the first thing we noticed was this lovely clump of frogspawn in the small pond 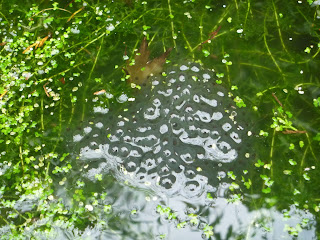 There were lots of frogs in the big pond, though they took a while before they started showing their faces. We sat by the pond and waited, listening to the birds singing. This frog seemed fearless. 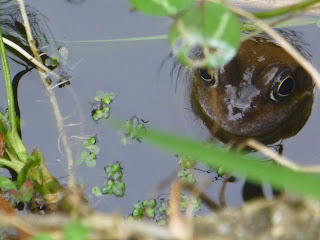 More and more of them appeared 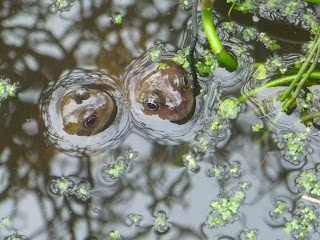 some of them mating 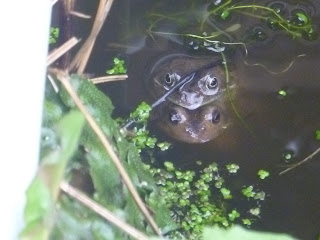 Meanwhile up in the tree, a pair of magpies (one of them on the right in the photo below) and a crow (on the left in the photo) were harvesting twigs for their nests 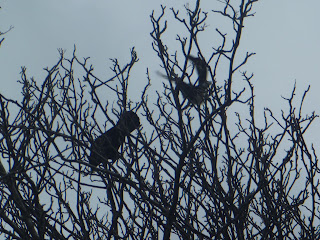 Pele the neighbour's cat came along to join in the activity 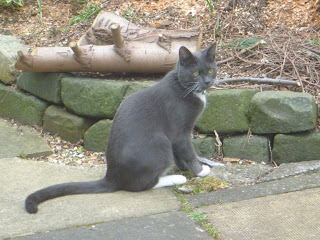 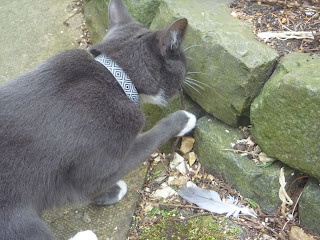 and here he's leaping for a stick 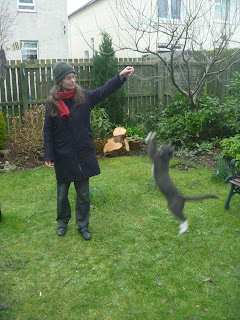 I'm delighted also that one of my poems is now included in the Frogs Book, part of the Maligned Species project managed by Fair Acre Press.

Another of my frog poems has just been highly commended in the Barn Owl Trust poetry competition and is included in their 'Wildlife Words' anthology.
Crafted by Crafty Green Poet at 7:56 pm

Super news about the frogspawn, I'm hoping I'll get some soon too. Sorry I've not been near your blog, i've some catching up to do with yours and the others I'm following. Hope you're well.

What a super little photo time!!! My spring sprung today!

Hello, I have noticed the lumps of frog spawn too. Cute froggies and kitty. Happy Monday, enjoy your new week!

A great selection of photo's again for us to look at and enjoy.
Love the one of Pele jumping up for the stick, so playful.

Hope the week ahead is a good one for you.

Lots of nice photos from the pond visit. We are having warmer than usual weather this March, but the pond is still quiet.

What a lovely post of frogs and Pele! No sign of frogs at Felixstowe (perhaps we deidn't wait long enough - it was BITTER), but the spawn seems to be doing well at present.