It was a dull but dry morning today (it started raining at lunchtime) and we wandered over to Blackford Pond, hoping to see some toads (six years ago the pond was full of toads, but we've never seen them like that again!). We didn't see any toads or frogs, but there was plenty of frogspawn 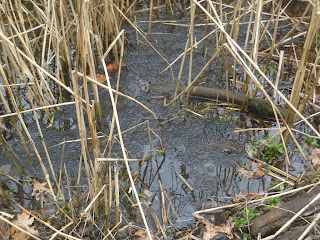 There were also three herons, which seemed intent on hunting frogs 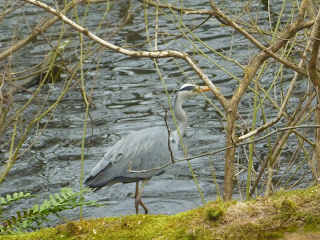 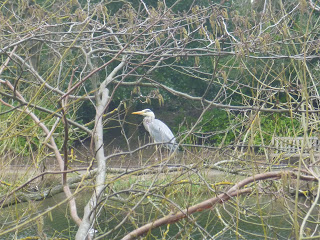 Four moorhens were fighting, which was pretty amazing to watch, they grappled each other with their feet then pulled their tails right up to display the white and black feathers. They were too far away for our cameras to catch!

The mallards were more amenable to being photographed, in fact this pair were happy to pose. I think they expected food in return, but we didn't have anything for them. 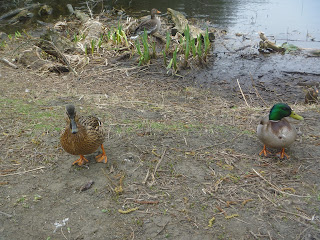 There were lots of other birds around too, including mute swans (who have a nest on the island in the middle of the pond) 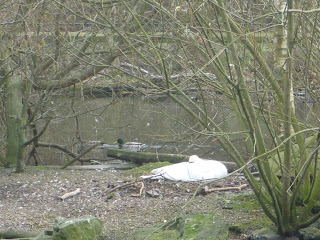 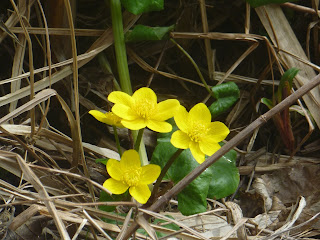 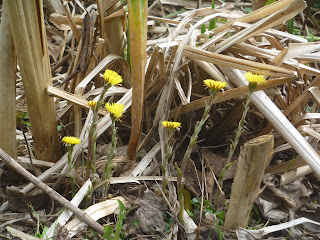 Hello, wonderful variety of birds and great photos. The blooms are pretty! Thank you for linking up and sharing your post. Have a happy weekend, Happy Easter to you and your family!

Nice to see the marsh marigolds blooming at your side too. I think it is still a bit too cold to see the toads and frogs, I have not yet seen them here too, but I'm almost sure they will be here again within a couple of weeks.
Wish you a happy Easter weekend!

Bees in the blossoms over here! Looks to be a good fruit year!

It looks like you saw quite a lot. We have both coltsfoot and marsh marigolds in the marshy part of the woods here. I haven't been out looking yet, though.

Lovely photo's you've shared with us, thank you.

Looks like a great place to explore! Wonderful captures! It might be too cool yet for toads and frogs, worth checking back for!