A few things from England

We spent the weekend at my parents' house near Manchester. The weather was pretty wild a lot of the time, but the area was spared the horrendous downpours that have devastated Carlisle and the Lake District.

It was lovely to see my parents and we had a nice relaxing few days. My parents were delighted that their garden goldfinches showed up in good numbers for us 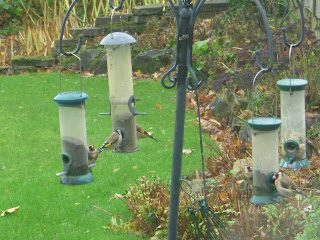 We were also very impressed when a jay ran along the top path of the garden, giving me my best ever view of this bird, which isn't rare, but always seems elusive. I didn't have my camera to hand for the jay and i was more interested in watching the bird than taking a poor quality photo through the window!

There are plenty of fungi in the local area, both in some of the grassy verges 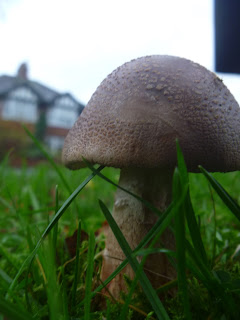 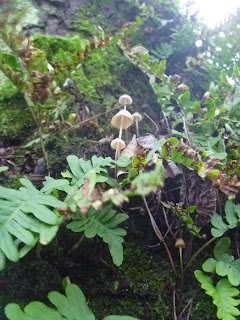 Crafty Green Boyfriend, my dad and I had a brief trip to a very muddy Blackleach Country Park 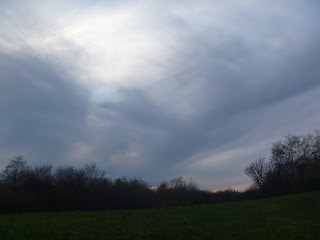 We weren't sure we would be able to get home afterwards as all trains had been cancelled from Manchester to Edinburgh via Carlisle (obviously a minor inconvenience compared to the floods that have seen some people having to evacuate their flooded homes for the 2nd time in about 7 years. These floods are no longer the once in a century event they used to be). Luckily we were able to come home via the east coast line. I was very impressed by all the staff on the trains and in the railway stations and their good natured helpfulness.

Email ThisBlogThis!Share to TwitterShare to FacebookShare to Pinterest
Thinking about: birds, nature diary

Hello, your parents have a great feeding station set up. I love the Goldfinches. It is sad to hear about the flooding. I hope you weather improves over the week.

We've had some tremendous winds - started up again today - but not much rain until I got caught out in a sharp squall while running this afternoon. My sister has managed to snap a jay on her mobile phone, more than I ever have.

We have a lot of rain and wind here in the Pacific NW right now as well. Probably much flooding coming soon.

It's so nice to spend time with family, and yes, the storms and flooding in the NW of England has been very bad.

I love the Goldfinches.