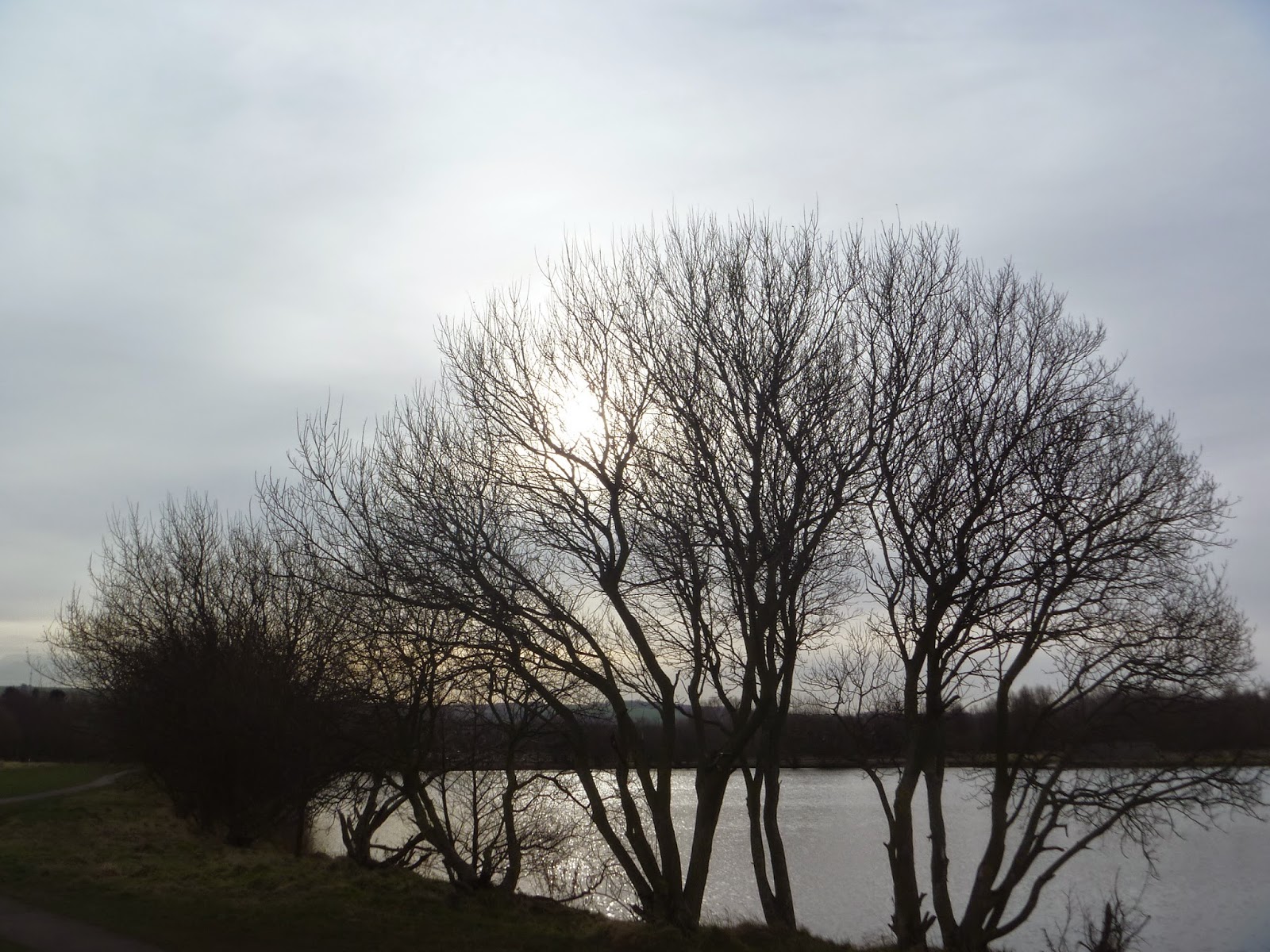 Today is World Wetlands Day so I celebrated by visiting my favourite wetlands at Musselburgh lagoons. The photo above shows the boating pond, which today was hosting several wigeon and a couple of goldeneye.

Three bird hides overlook the lagoons themselves. In the photo below, taken from one of the hides, you can see Cockenzie Power Station in the distance, which is actually responsible for the lagoons being here at all. 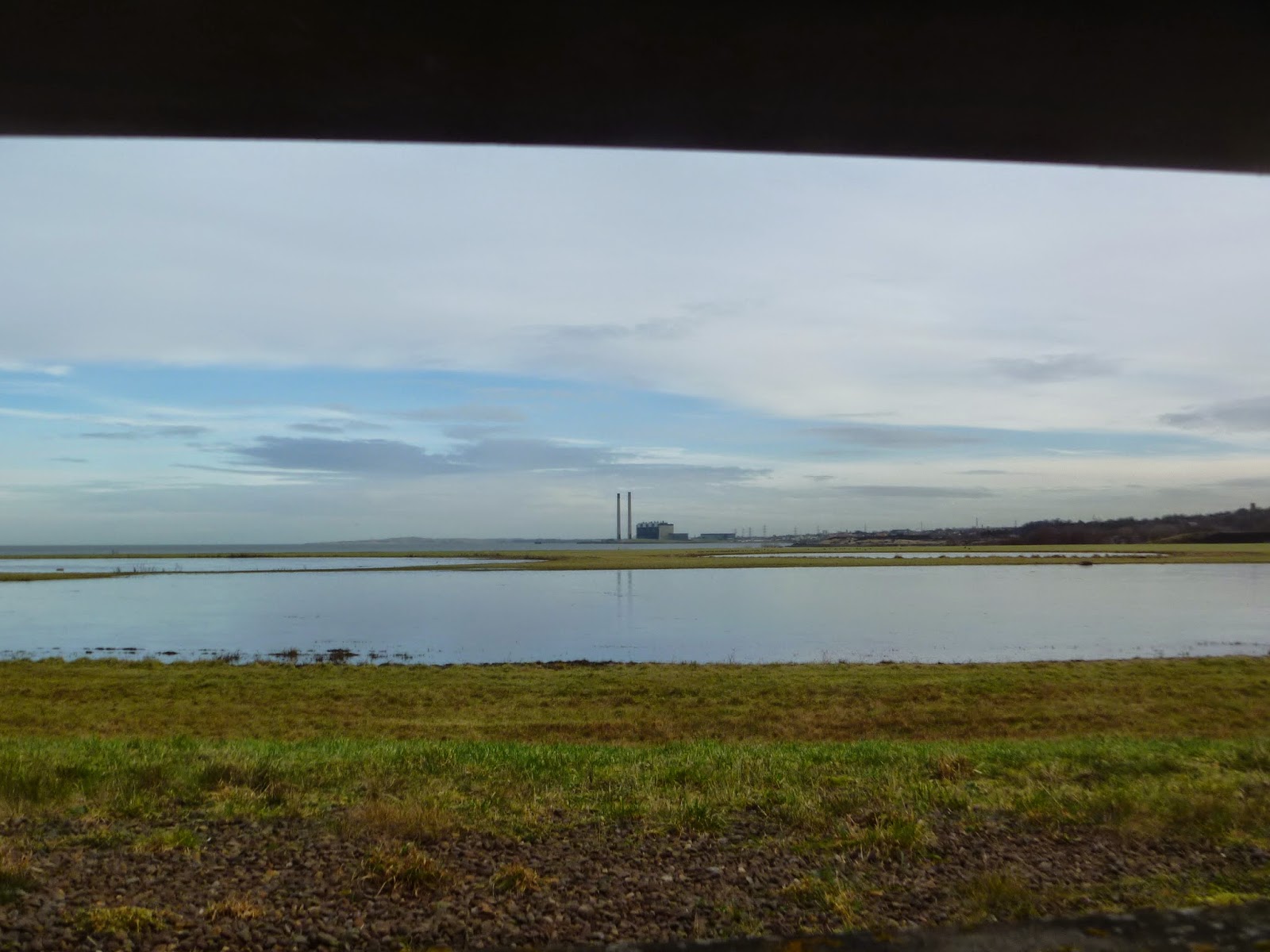 The lagoons were originally used to store waste ash from the power station, but when they were no longer used they were made into lagoons for waders.

Now that Cockenzie Power Station is closing the current ash lagoons are to be made into lagoons for waders too! This will be a very exciting development for both the birds themselves and for birdwatchers.I have tried to get more information from the RSPB (Royal Society for the Protection of Birds) but they didn't say much, other than the plans will be available to see at the next Scotland's Big Nature Festival, which will take place 23-24 May at Levenhall Links just near the lagoons.

Today there were huge numbers of oystercatchers and good numbers of wigeon, curlew and bar tailed godwits on the lagoons, though none of them were close enough to show nicely in the photo.

This area isn't just wonderful for waders, there are good numbers of sea ducks on the Firth of Forth in the winter months, today I saw a few velvet scoters as well as lots of goldeneye.

Also the rough grassland by the side of the John Muir Walkway is great for small birds, today I saw four reed buntings and three stonechats. (I hope that in the general enthusiasm for creating vital habitat for the waders and other water birds that the little birds don't lose out. This area is vital for skylarks and reed buntings in particular, which are both specifically protected in the Edinburgh Local Biodiversity Action Plan but losing their habitat as areas like the fields at Cammo are marked for housing development.)

I was delighted to see the first pussy willow emerging, a lovely early sign of spring. 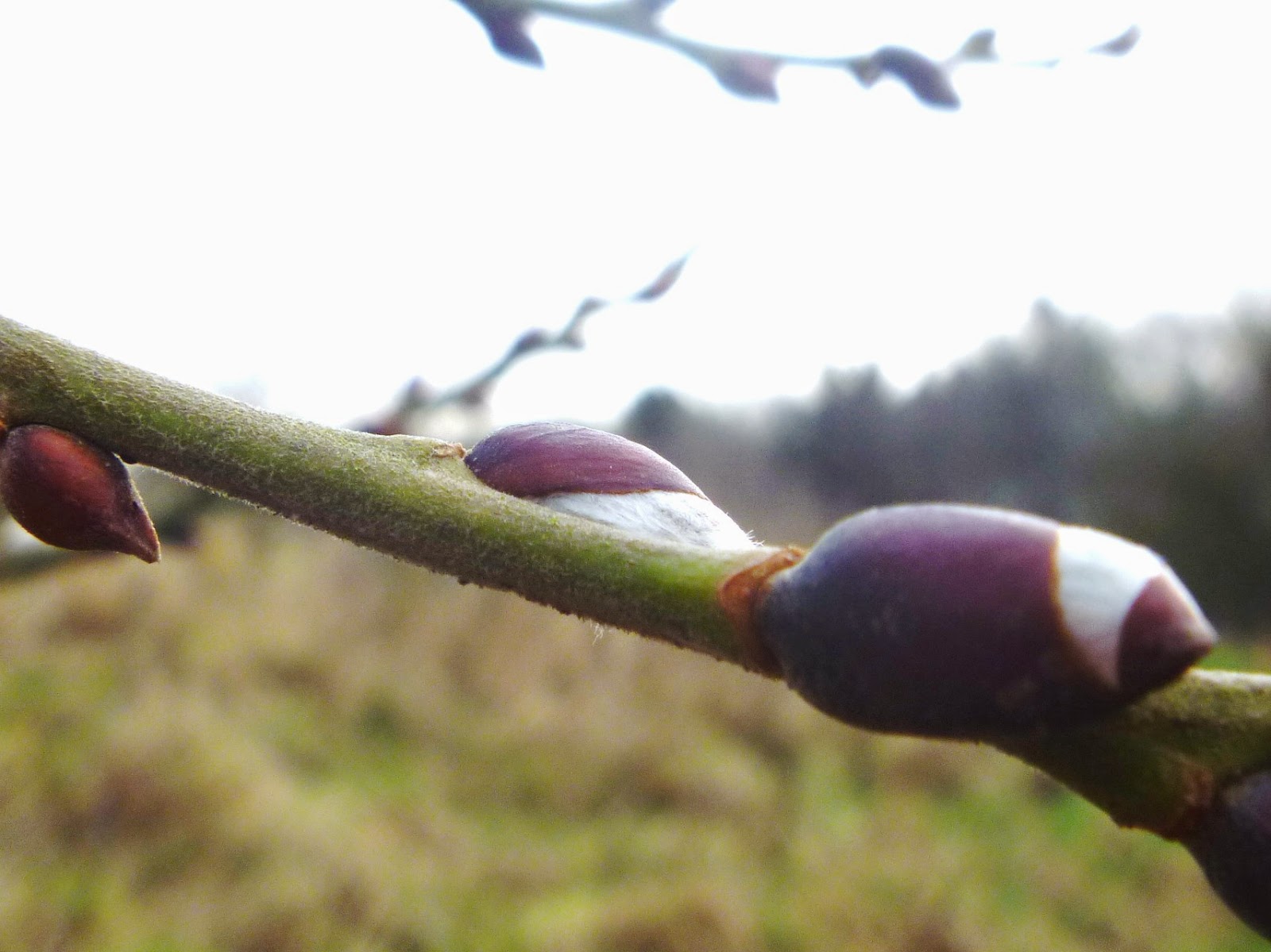 Pretty view of the wetlands.. I am glad the birds have a nice habitat..Have a happy new week ahead!

first pussy willow
I open my notebook
of unfinished poems

I did not know this...unfortunately our wetlands are covered with 2 ft of snow.

I live to explore wetlands (and mountains)... Does the ash change the water composition in a way that would harm the birds? I assume it all settles.

I've lived near various wetlands all my life.
And pussy willow! It used to be all over when I was a kid. Have no idea where it all went. I adore it, though.
Juliet, if you have a moment, please take a look at my latest blog post to see what's going on with me. I decided to write it once there instead of over and over again.
:) m & jb

Winter has hardly been here yet - mostly mild and gray and damp.

Bill - thanks for sharing that lovely 'ku!

sage - I assume the ash settles, and i guess it must be entirely safe for the birds...