Show the Love - Save Midmar Paddock

#ShowtheLove is a Campaign to make Valentine's Day green and to share your love of nature and other things that are threatened by climate change. The campaign features a simple love poem, a video of celebrities reciting Shakespeare's Sonnet 18 'Shall I compare thee to a summer's day?'

People are being asked to share what they love on the website, in the form of Valentine's messages. People are also making and wearing green hearts to demonstrate their love of nature. World Wildlife Fund sent me this heart, which was made by Annette in Guildford, who loves 'the planet'. 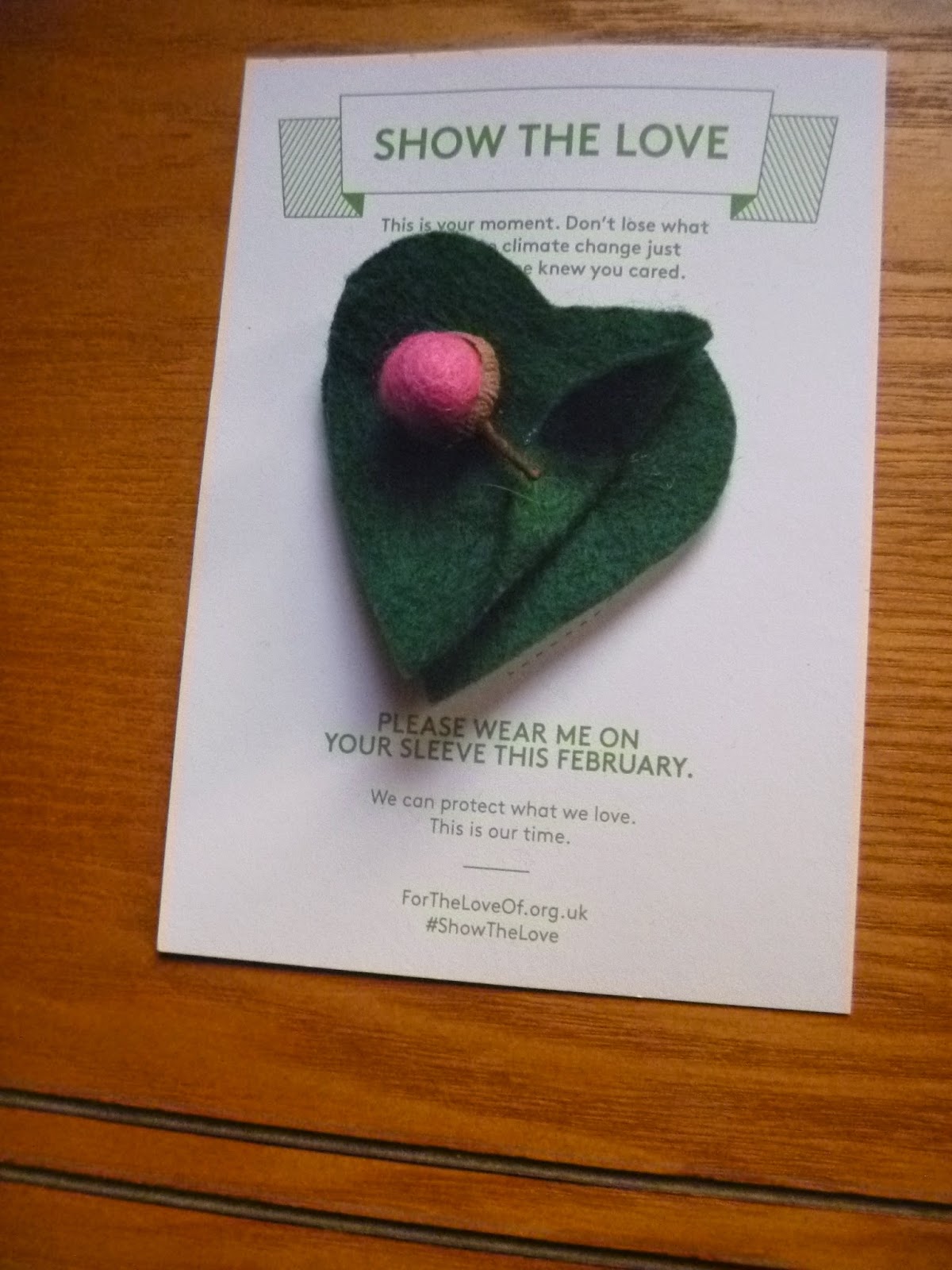 I wore my heart to the official launch of the Save Midmar Paddock campaign hosted by the Friends of Blackford Hill and Hermitage of Braid. Midmar Paddock is an open green area that adjoins the Hermitage of Braid, that like many people, I had assumed was part of the nature reserve. However in fact it is privately owned and it's owners are wanting to sell the land for development.

It would be tragic though to lose this beautiful patch of land to development (the paddock is the field in the foreground, the hill in the background is Blackford Hill, part of a local nature reserve) 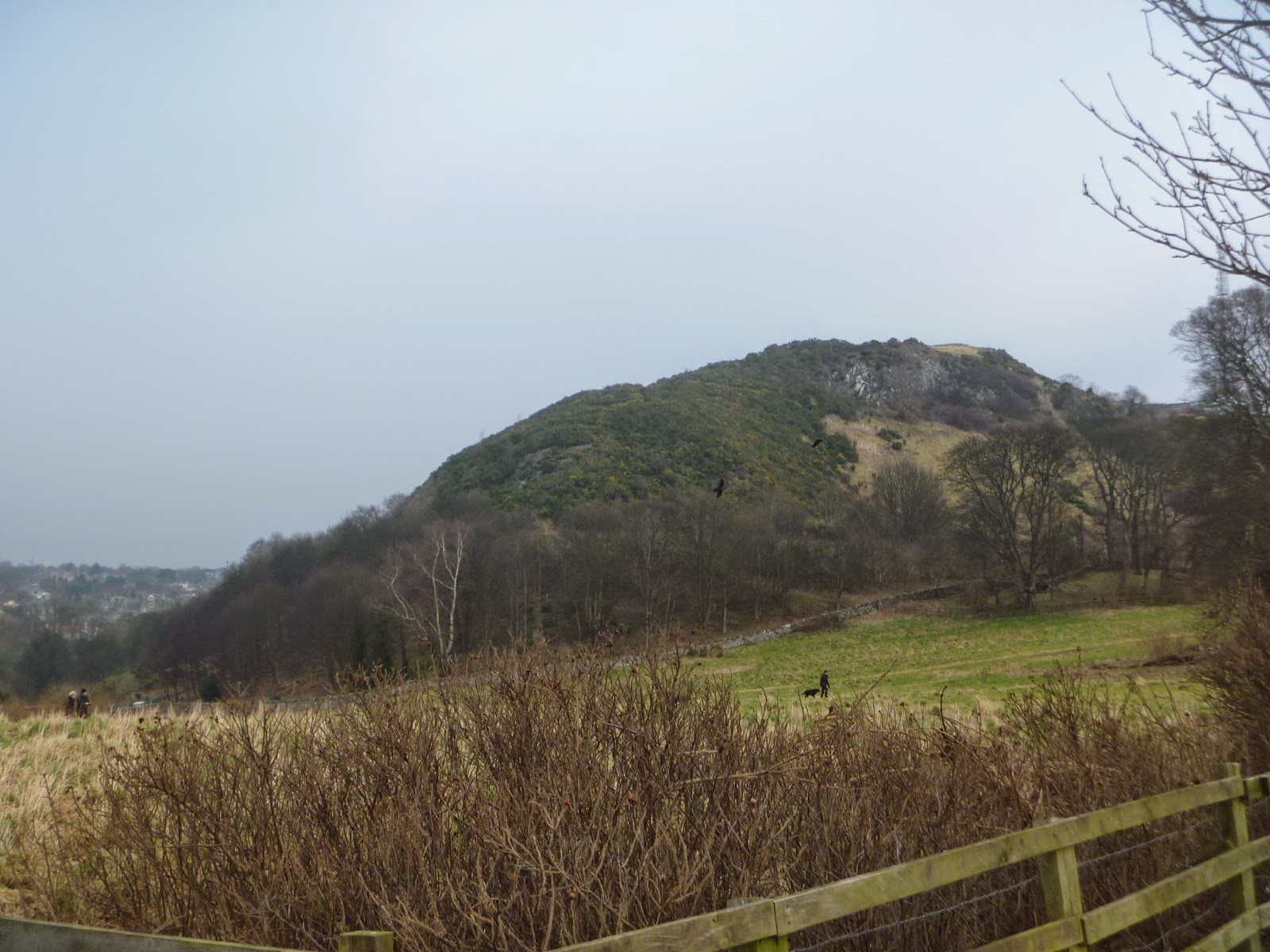 There was a demonstration last week (while we were up north) and today's was the official launch of the campaign, attended by local politicians, including Green Party MSP (Member of the Scottish Parliament) Alison Johnstone. 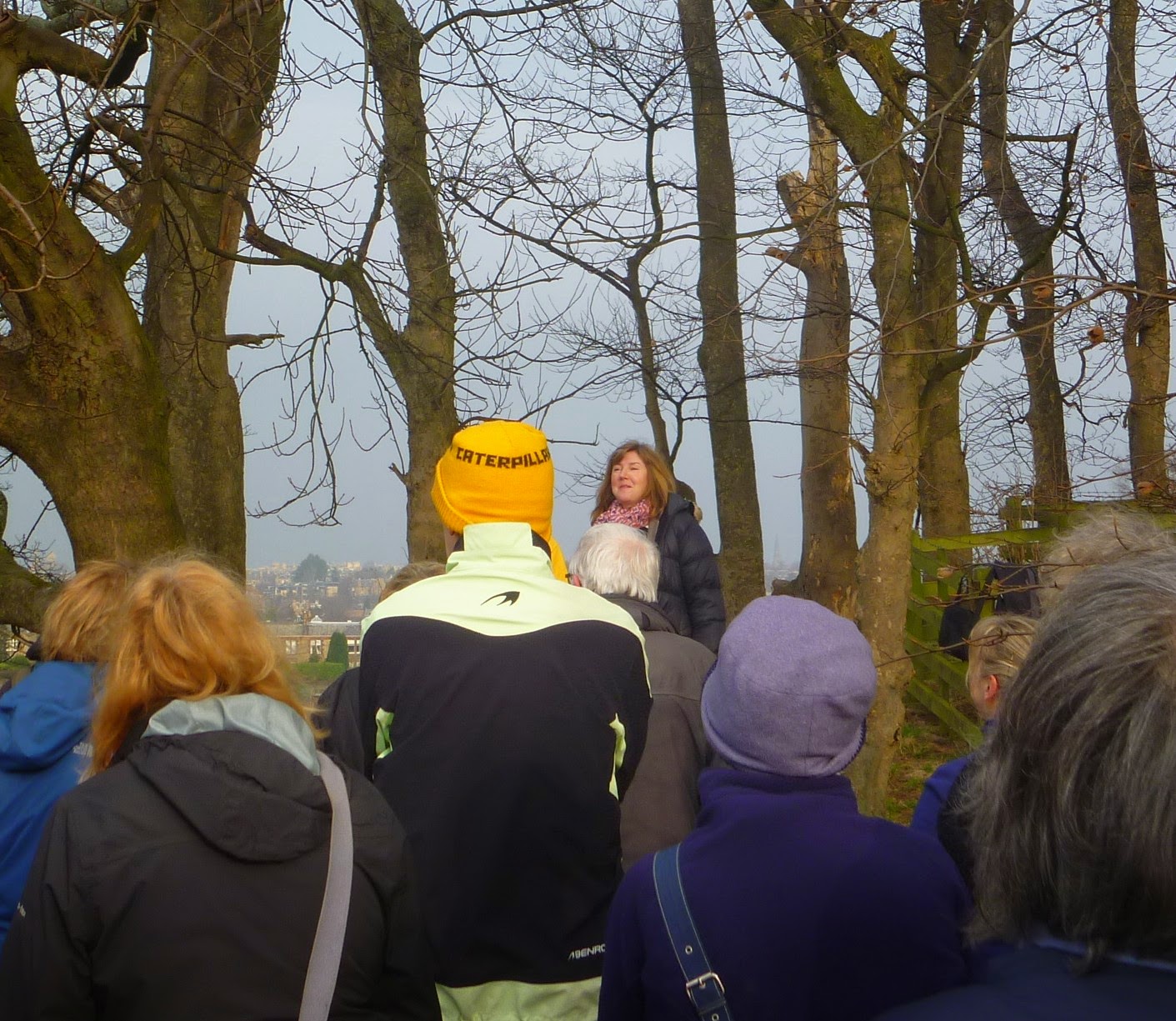 It was good to see so many people turn up, along with their dogs (it's a favourite dog walking area) 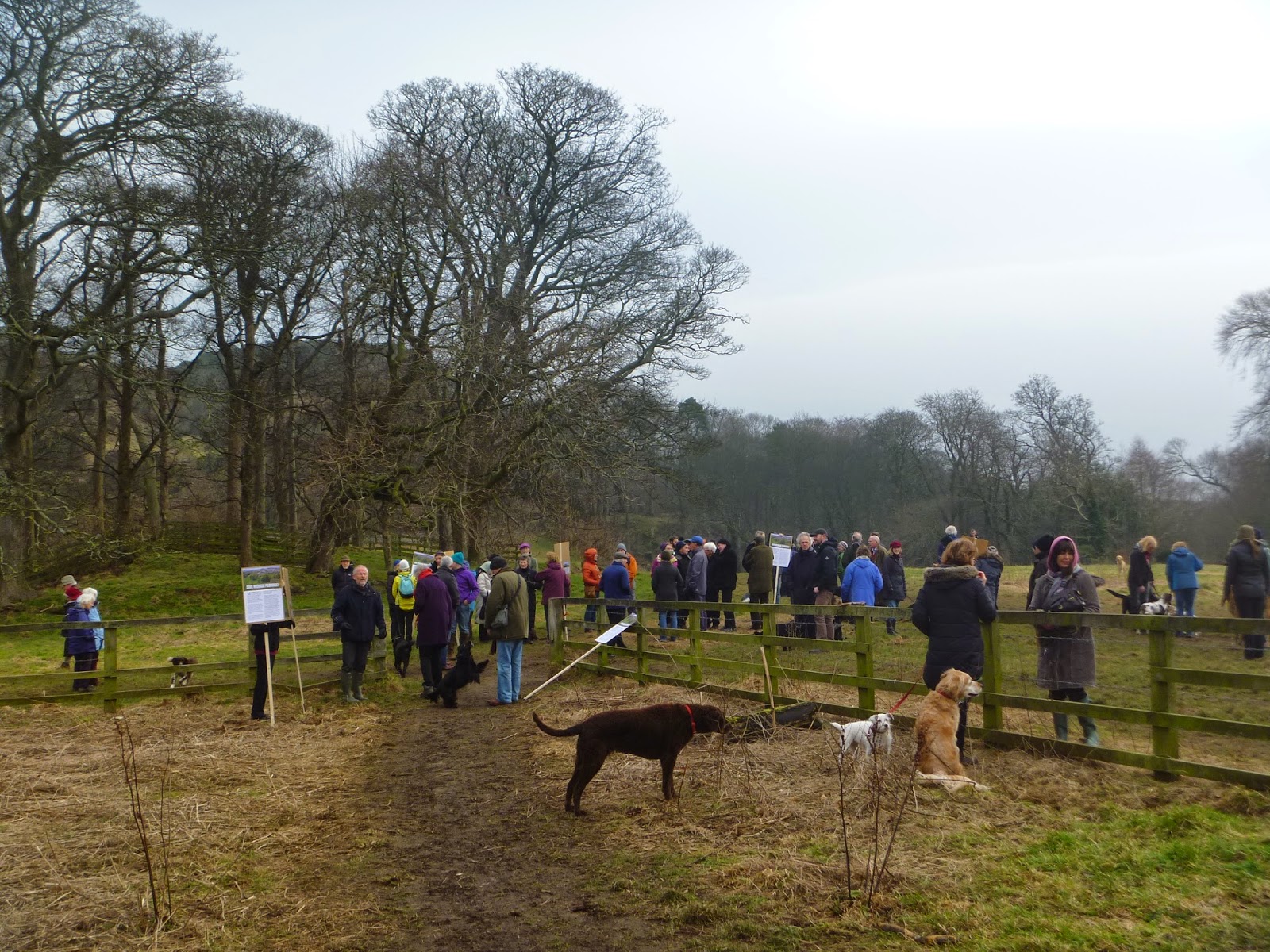 You can keep up to date with the campaign on the Friends of Blackford Hill and Hermitage of Braid Facebook Page.

**
I also took the opportunity to do a bit of birdwatching along the way. Blackford Pond, just near the Midmar Paddock, is quiet well known for unusual birds turning up every so often. Today it was three teal, two drakes and a duck! Teal turn up at Musselburgh in large numbers at this time of year, but unusual to see them on Blackford Pond. I took some photos, but the colour is poor in them for some reason, this one almost turned out though. 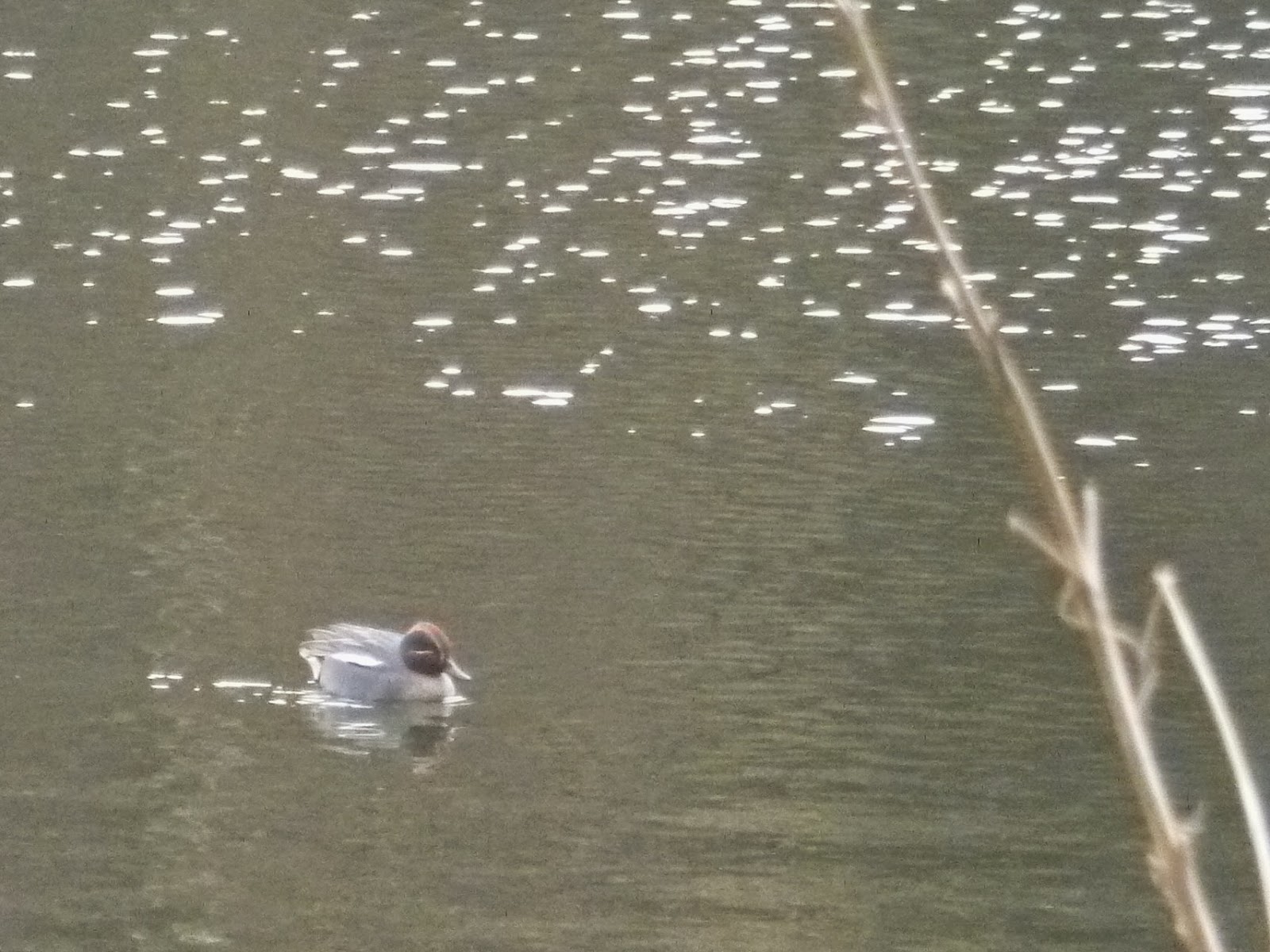 Then a bus ride later and after doing some shopping I found myself in the Meadows, where I was delighted to see about twenty redwings hopping round in the crocuses, which are just starting to show. The Meadows used to be a guaranteed place to see redwings in the winter, but over the last few years I've hardly seen an, so it's been lovely to see them a couple of times this year. It seems to be a good year for redwings (which come over here from Scandanavia to spend the winter in our warmer climate) - I've seen good numbers of them in various places. 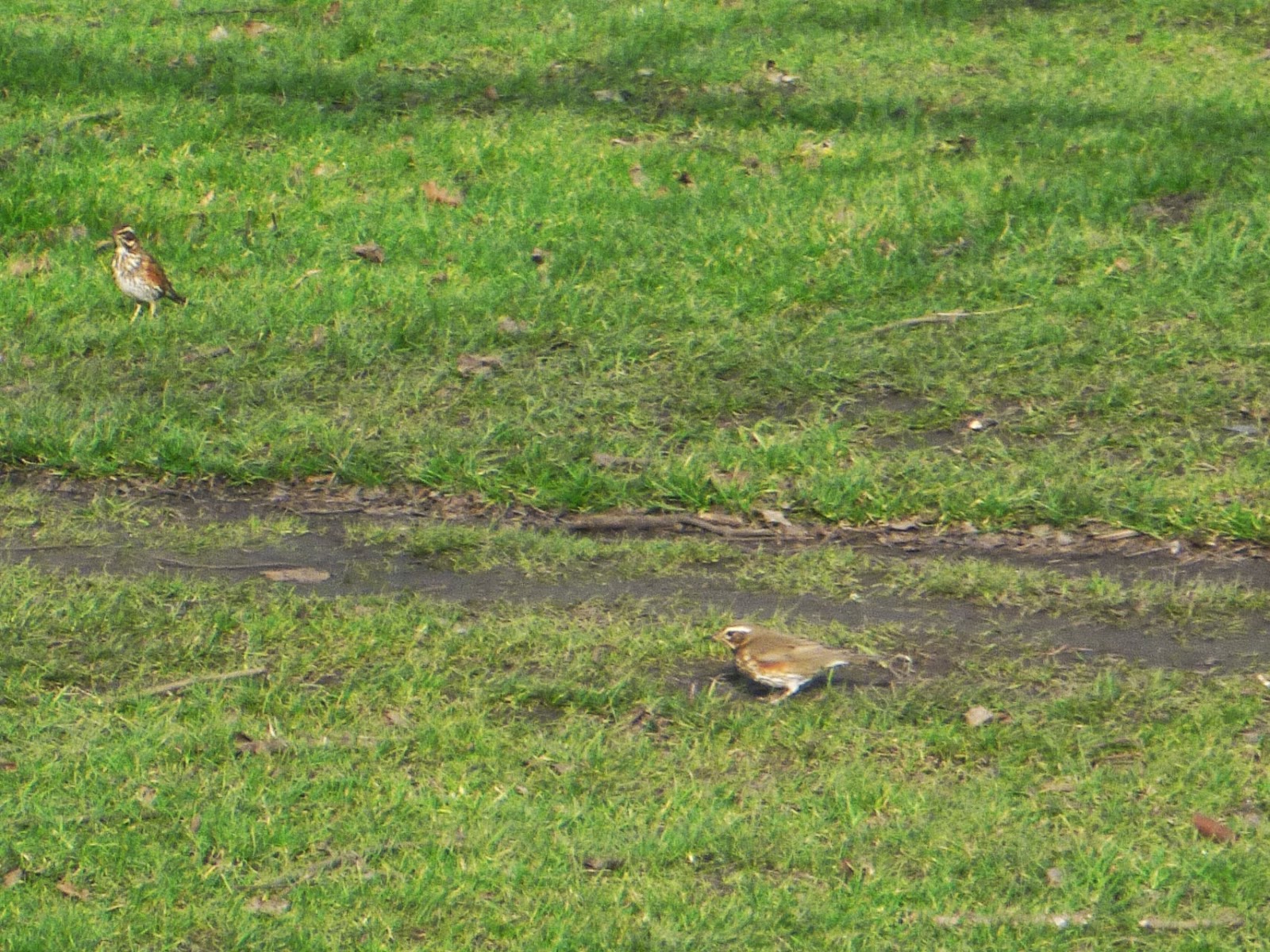 I still have more to say about our trip up north, so look out for those posts over the next few days!

As ever, red text contains hyperlinks that take you to other webpages where you can find out more.
Crafted by Crafty Green Poet at 12:42 pm

Email ThisBlogThis!Share to TwitterShare to FacebookShare to Pinterest
Thinking about: birds, campaigning, greenbelt, In and around Edinburgh, photos

What a great campaign..It would be nice to see the land conserved rather than developed..Have a happy weekend!

A nice gathering, keep it all GREEN.