Mosses and Liverworts of the Water of Leith

Last Monday evening, I went along to a fascinating talk at the Water of Leith Conservation Trust Visitor Centre. Dr Chamberlain, Research Associate, Royal Botanic Garden, Edinburgh talked about the survey he and his colleagues have recently made of the bryophytes (mosses and liverworts) along the river as part of the Urban Flora Project.

208 species of bryophytes are found along the Water of Leith. Their distributions vary depending on the altitude, underlying geology and the degree of urbanisation along the river. There are some very interesting species found along the river, including rarities such as Hennediella stanfordensis which is found in Dean Billage, one of only three records from the whole of Scotland and the very rare Physcomitrum sphaericum which is found at Harperrig Reservoir. Tetraplodum mnoides seems to be a bit of an oddity, the only plant of this species along the river hasbeen found growing in what seemed to be an old owl pellet!

Bryophytes have fascinating life cycles, for example Didymodum sinusosus has curly ends to its leaves which snap off and fall into the river to float somewhere else and propogate the next generation!

Some species, such as Orthotrichum puchellum, have become more common since the Clean Air Act of 1993.

Last Tuesday when I was walking round Colinton Dell, I took these photos of mosses and liverworts, though I haven't identified the species! 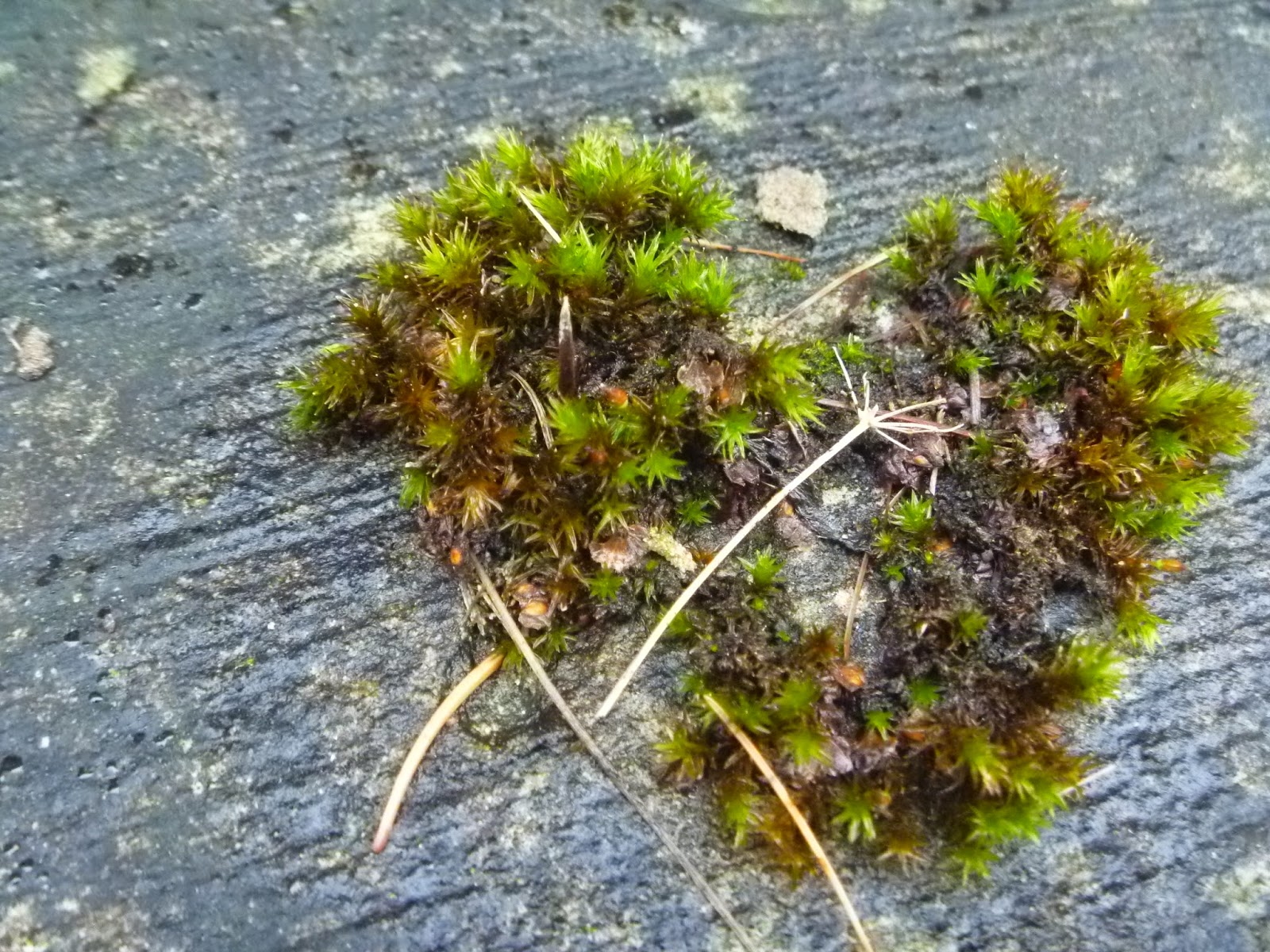 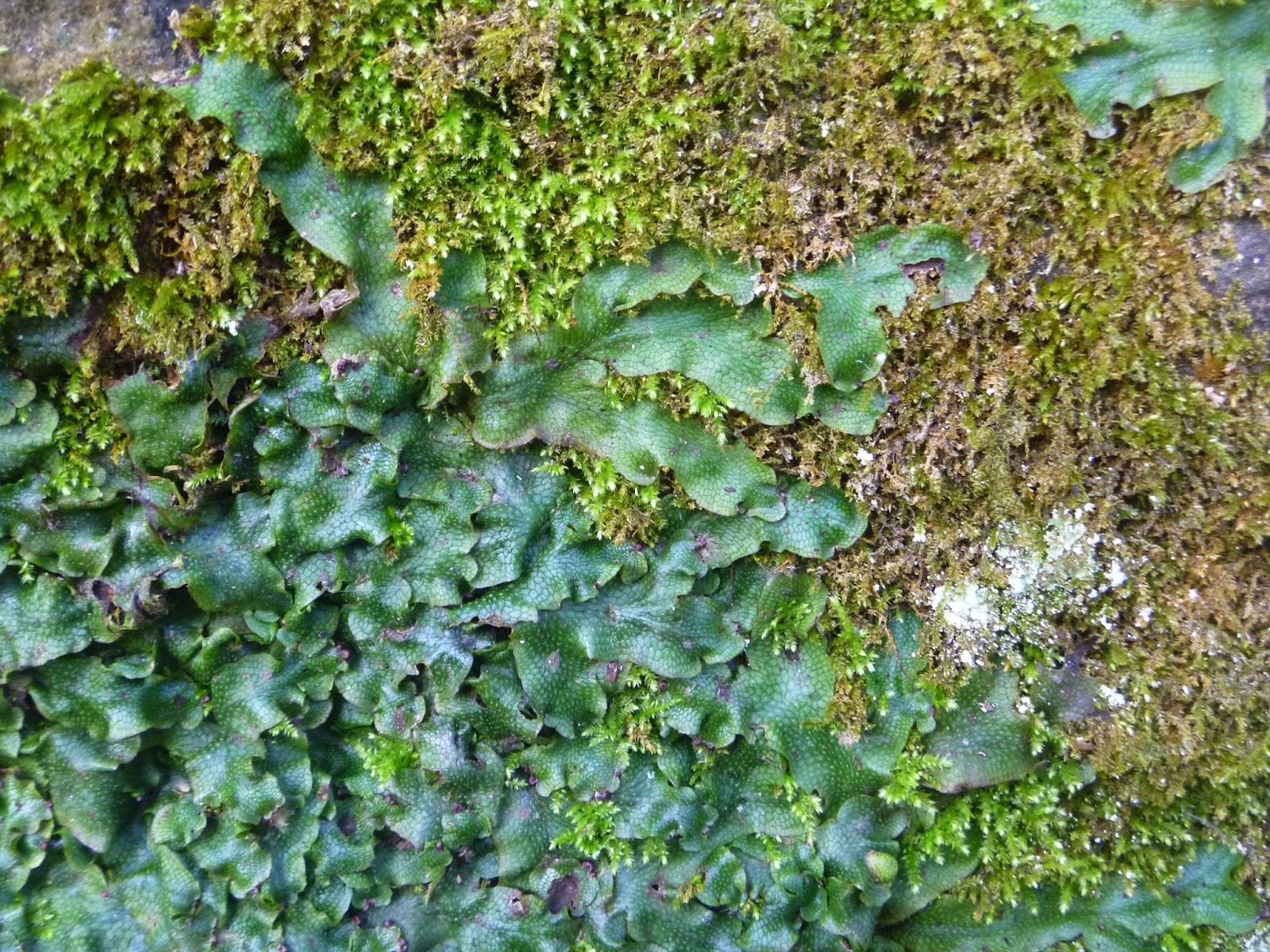 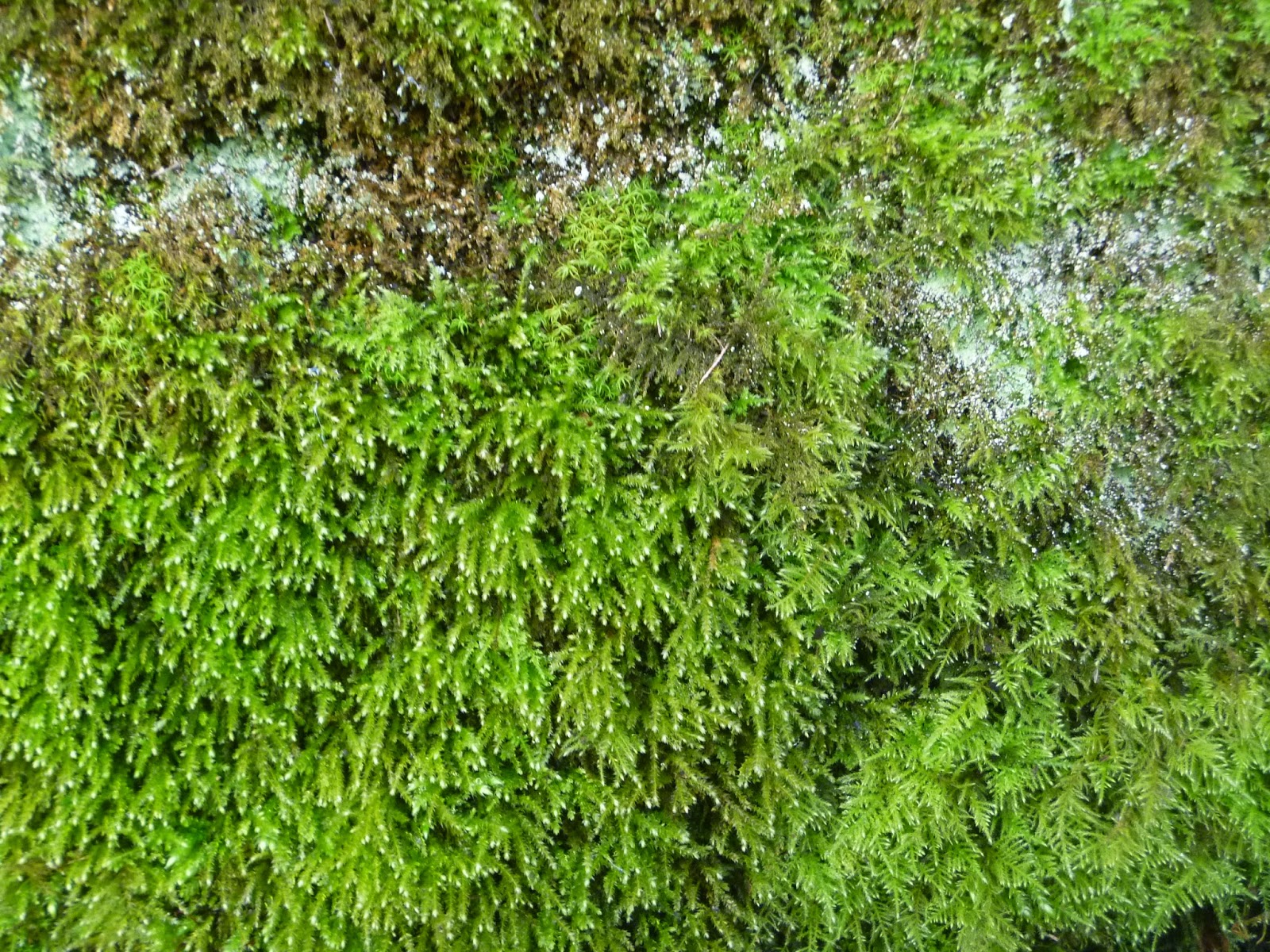 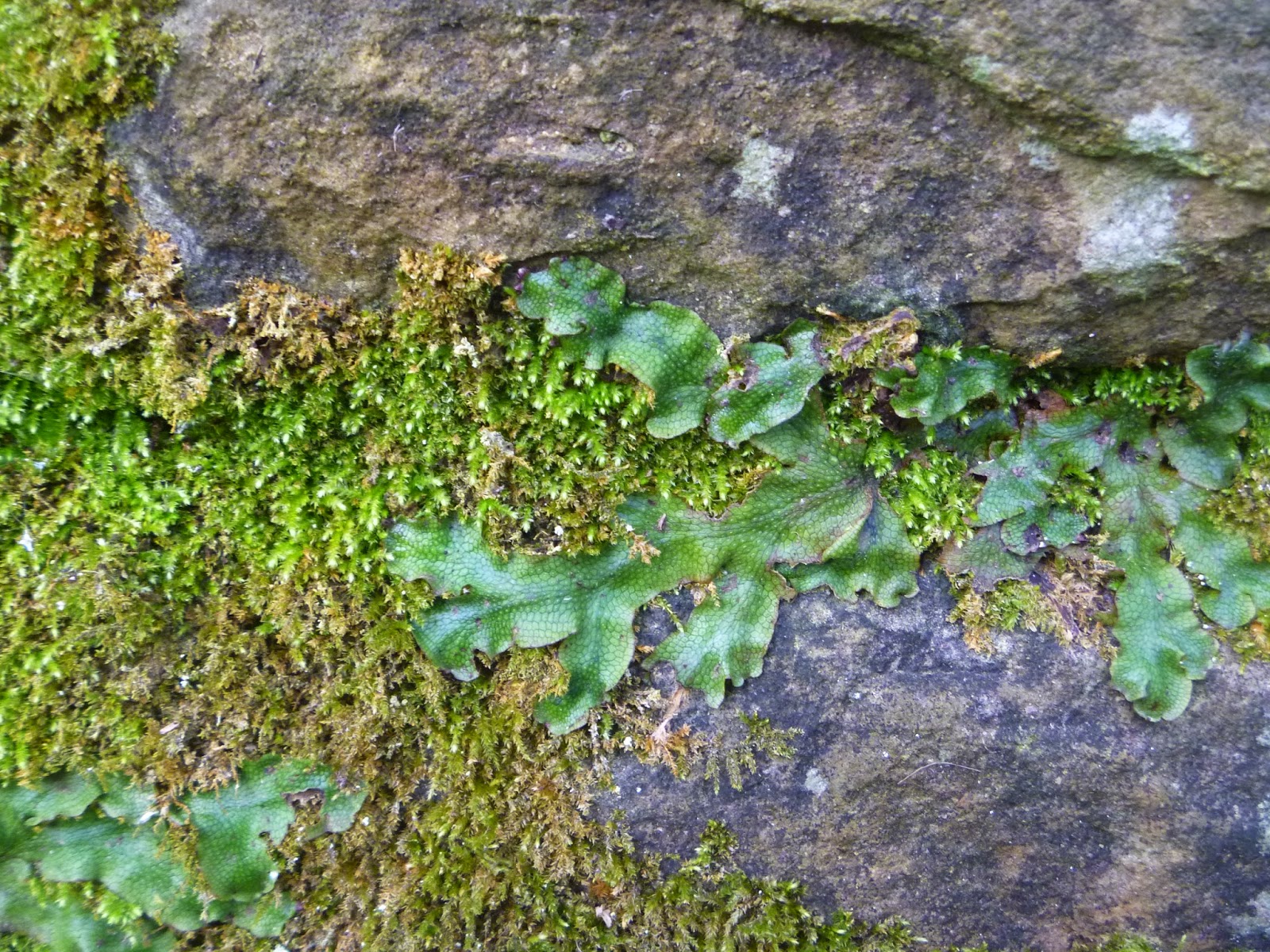 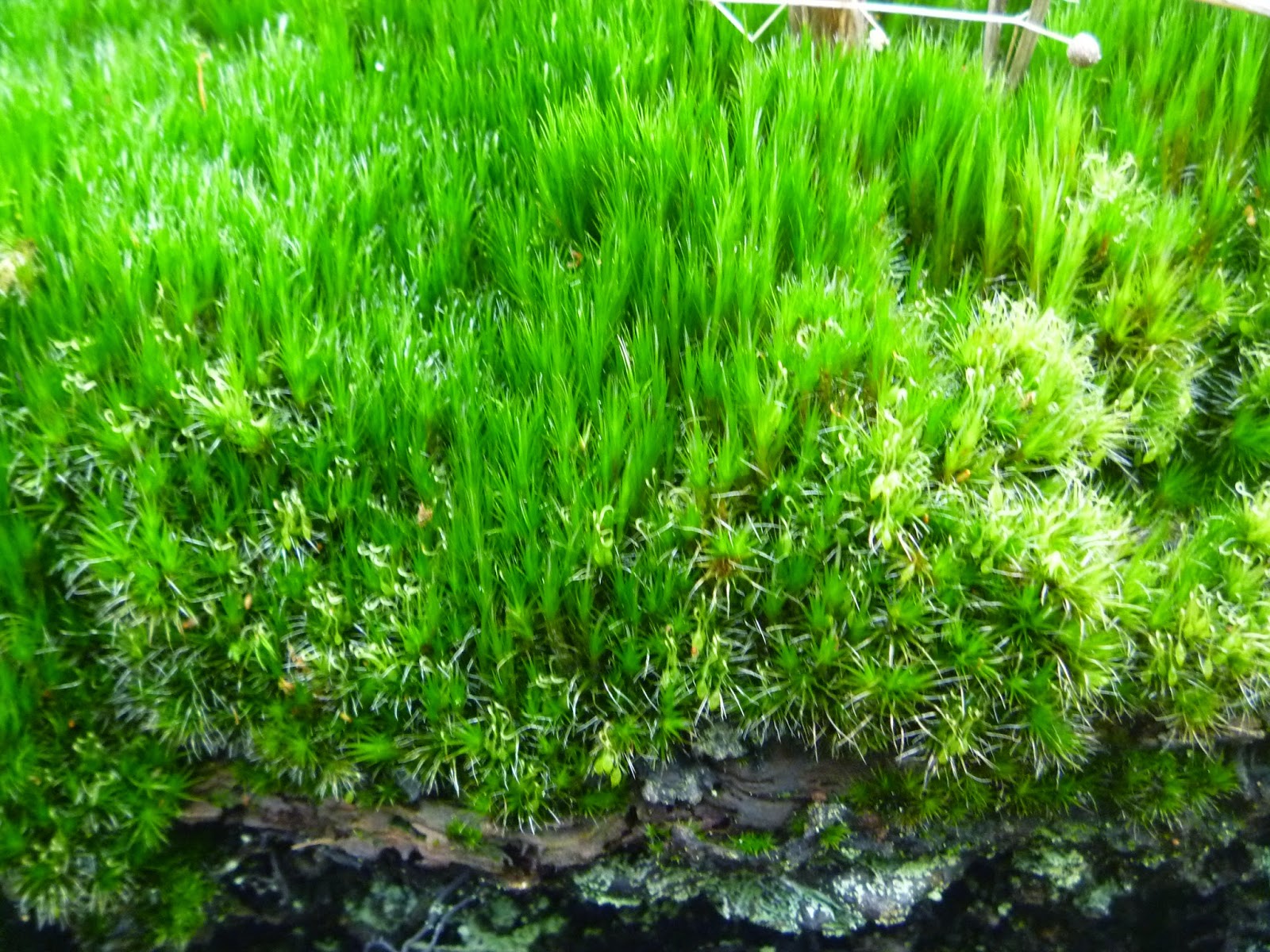 This was a very interesting talk and enthused me to try to find out more about this, admittedly quite tricky group of plants.

Plantlife has produced a handy leaflet on identification of UK mosses and liverworts. You can see it online here (and you can zoom in on details).

Email ThisBlogThis!Share to TwitterShare to FacebookShare to Pinterest
Thinking about: photos, Water of Leith

I love the rich green of these mosses. I like seeing the mossy growth of a forest floor in the spring. Makes me excited for spring hikes!

The mosses are pretty, such a lovely color green!

Great photos. A good talk can be an eye-opener.

In that first picture, the moss looks like a heart!! I love it! <3 - www.domesticgeekgirl.com

Such Grand Green!
__As a child I wondered, and I still "muse" over that question today. Does the moss grasp the stone, or is it that the stone wont turn the moss loose?

That top photo...it has the shape of a heart!!

They are all so pretty.