While I lived in Malawi, I took a trip to nearby Zimbabwe and visited among other places, the wonderful Matopos National Park. One of the many amazing things we saw there was a rhino that came very close to our truck. Sadly its horn had been surgically removed to protect it from poachers, so it wasn't fully itself, but it was still a magnificent creature and back then there seemed to be a real sense of hope that by surgically removing their horns, rhinos could be saved. Unfortunately poaching has continued, and has in fact increased in recent years. Some rhinos who have had their horns surgically removed have then been killed for the small bit of horn that still remains.

It is tragic that humans seem intent on hunting magnificent creatures such as rhinos, elephants and the big cats to an inevitable extinction.

Wearing a t-shirt is never enough in these sorts of cases, but just as going on a protest march can be, it can be a way of spreading the message. 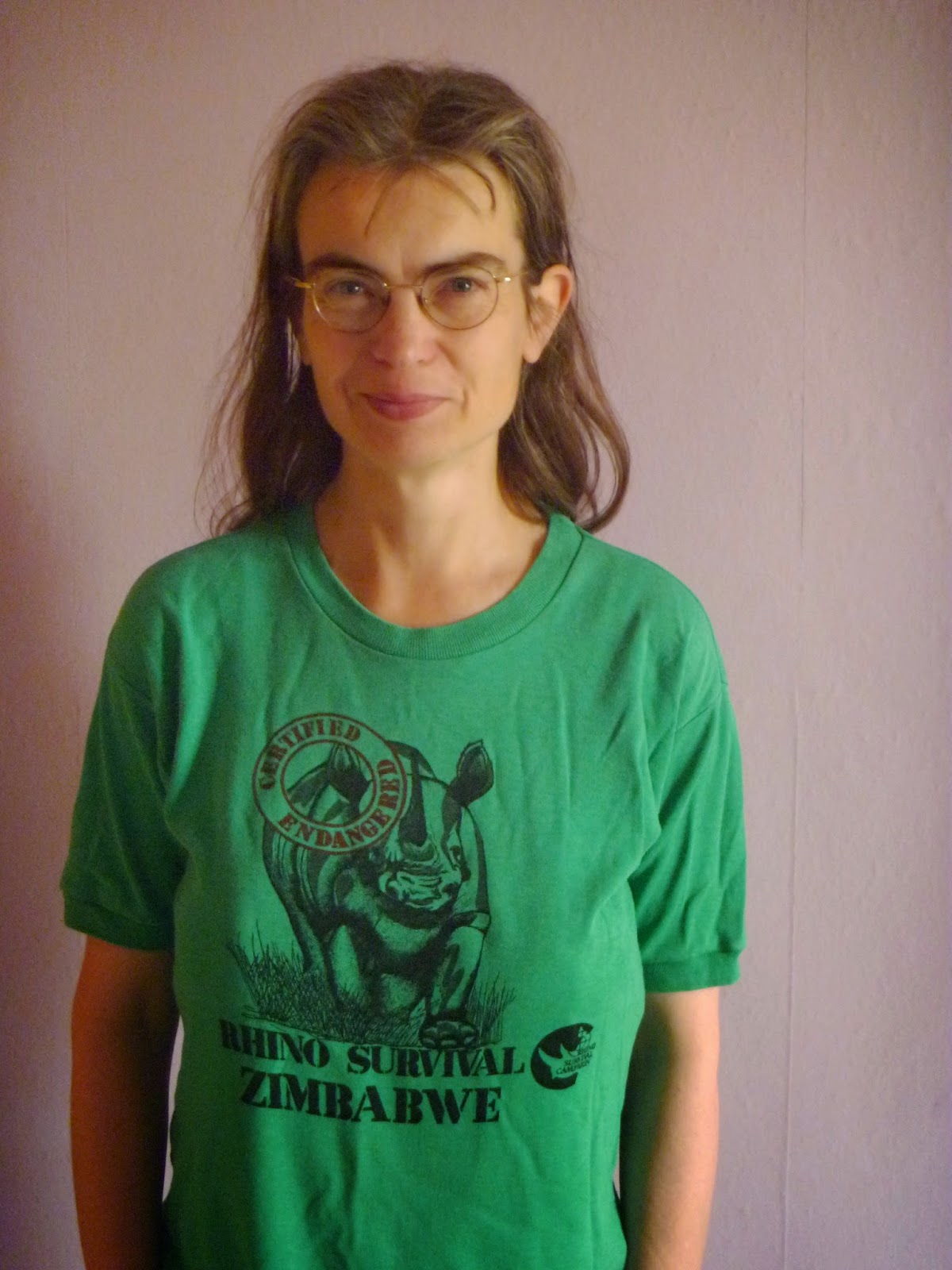 poaching is a tragedy.

Sunday stroll
the messages I get
from t-shirts

We have to start somewhere.

And thank you for your posts about the People's Climate March. Pat and I were among the 311,000 who marched in New York yesterday

We marched with the interfaith contingent. We were surrounded by nuns but a wide range, including pagan and, on the ark that led us, at least one atheist, all headed in one direction.

Juliet, you are beautiful, and in that shirt, doubly so.

never knew there was a world rhino day; keep up the good work